England 2-1 Scotland: Nikita Parris and Ellen White score in first half to get Lionesses’ Women’s World Cup campaign off to winning start

If England needed a measure of how the world has changed since they were the third best team at last World Cup four years, then a sultry afternoon on the French Riviera provided it.

The side they defeated 6-0 in the opening game of the 2017 European Championships refused to go quietly, conjuring a late goal which brought the most noise all afternoon from a stadium where the paucity of English fans revealed that if Phil Neville’s side are to advance deep in this tournament, they may also have to do so without a monumental following from home.

They held out, were the better side and have booked their place in the knock-out stages but will need more gold dust than this if they are to defeat the group’s real threat, Japan, a week or so from now. 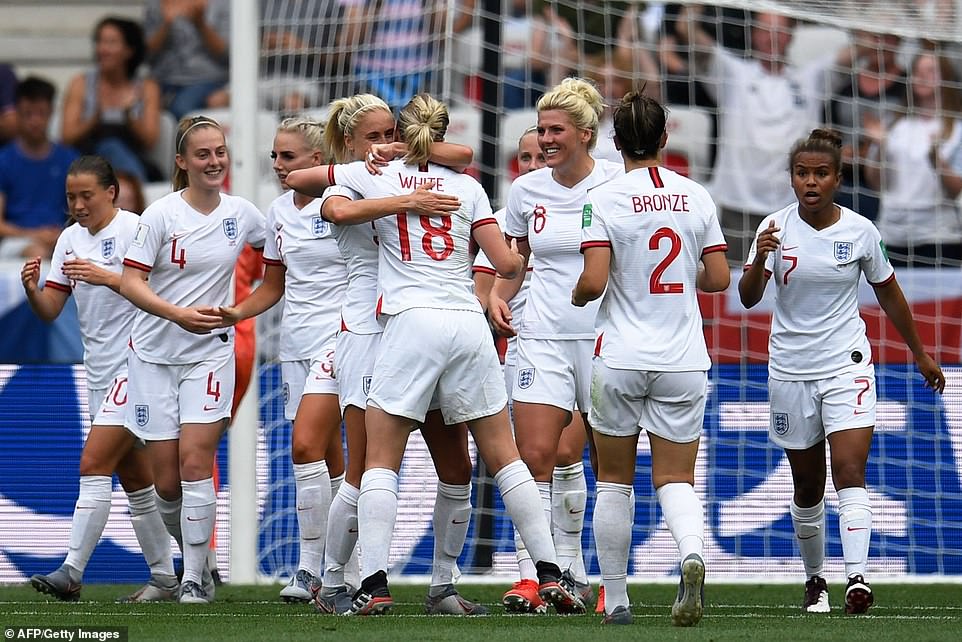 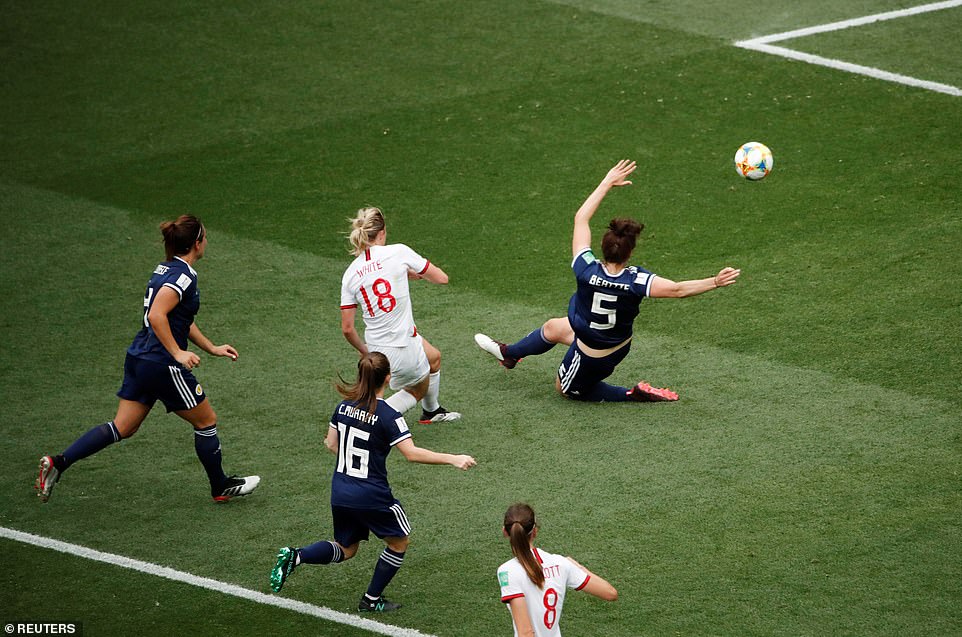 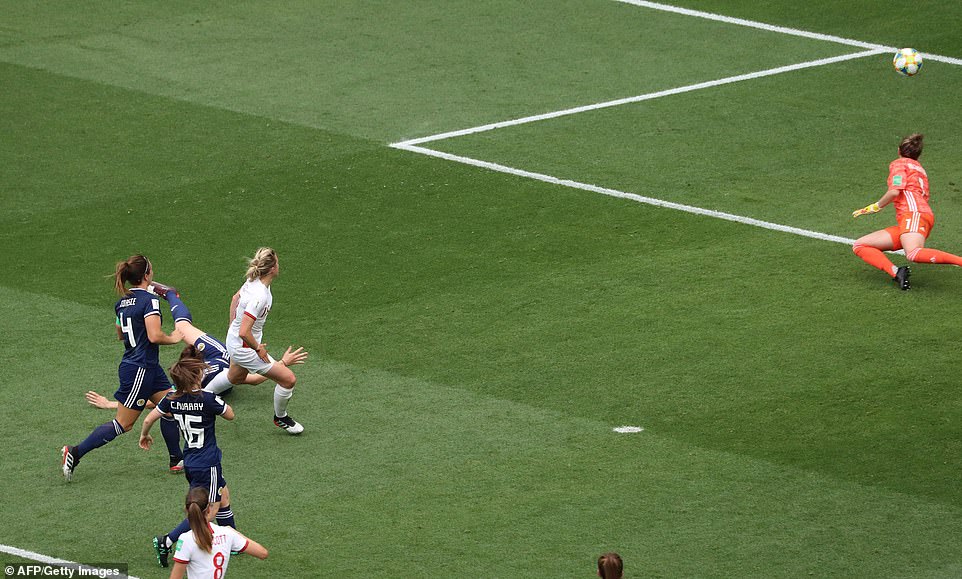 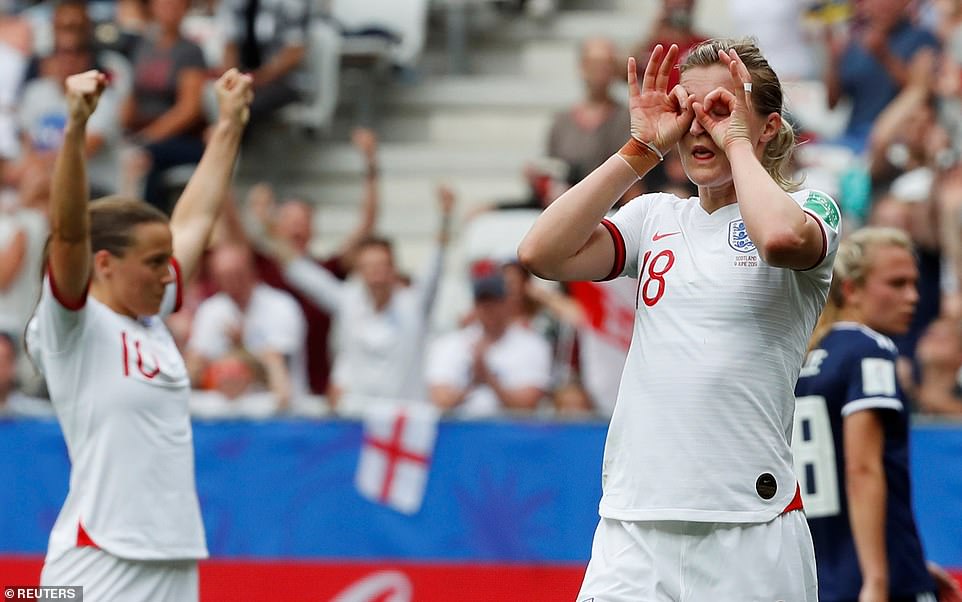 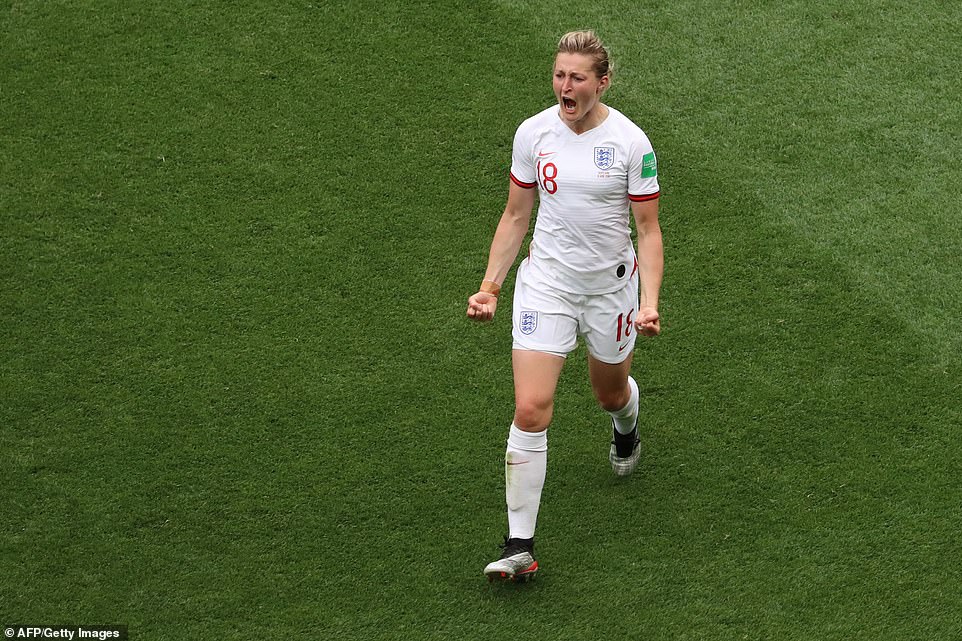 The obstacles to the women’s game breaking through are even in places where you don’t expect them. The men’s team’s interminable attempts to win the most worthless game of the season in Guimares meant that BBC’s build-up to women’s opening game of the camping were canned. Eric Dier’s penalty came just in time for Radio 5 to deliver the kick-off.

It was hardly an opening to ‘keep the train moving’ on the women’s game, as manager Phil Neville described what he wants this World Cup campaign to do, last week. When the talking had stopped, England were left with the unenviable task of defeating a Scotland side which, like those men’s sides from north of the border in the 1970s and 1980s, had a very healthy number of players from the English top flight in their ranks.

The English nerves were palpable, with misplaced passes, a struggle for rhythm and they were presented with a lead in such marginal circumstances that no-one had even claimed the right to it. Fran Kirby’s cross from the right, on the fringes of the Scottish area, struck Nicola Docherty’s hand as it flew in.

Play was well into its next phase when the VAR officials alerted referee Jana Adamkova and the penalty was awarded which Nikita Parris – top scorer in England’s qualifying campaign, struck confidently into the top left hand corner.

It felt harsh on the defender, though Docherty’s arm movement had made her body ‘unnaturally bigger’ – as Rule 12 defines things. VAR demands discipline on what defenders do with their arms. 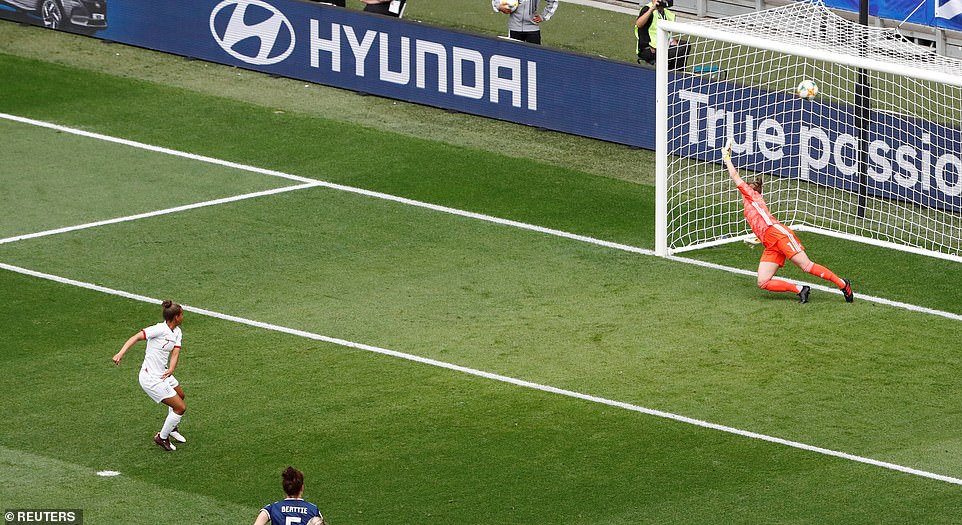 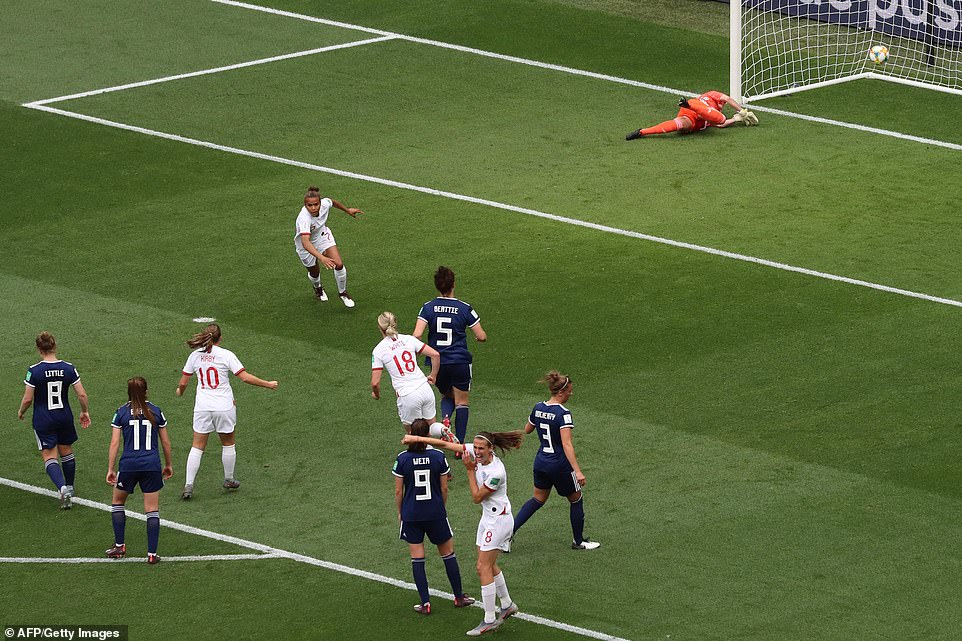 Parris, who looked dangerous throughout, wheels away to celebrate the opening goal of the narrow encounter 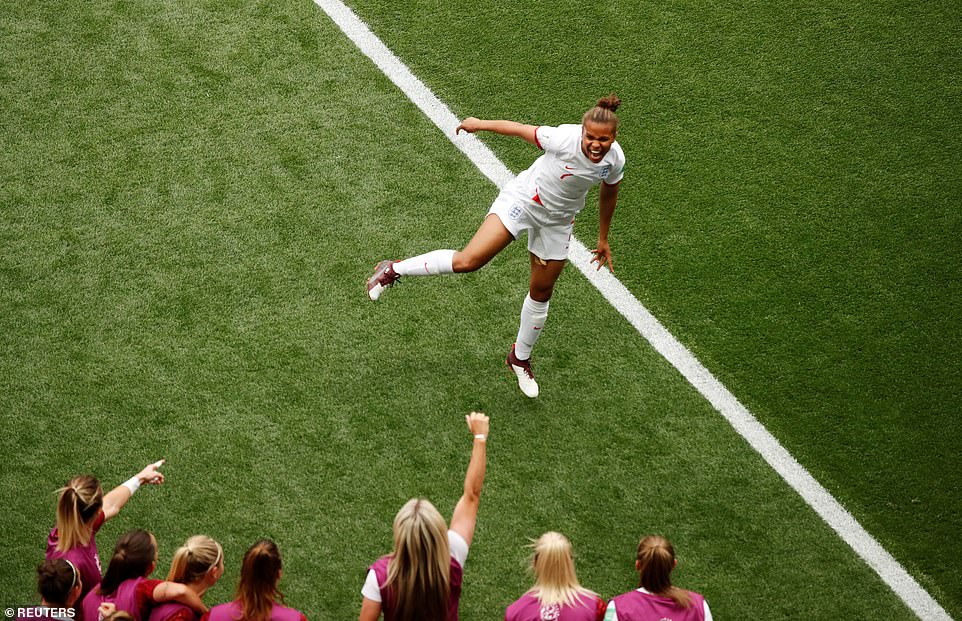 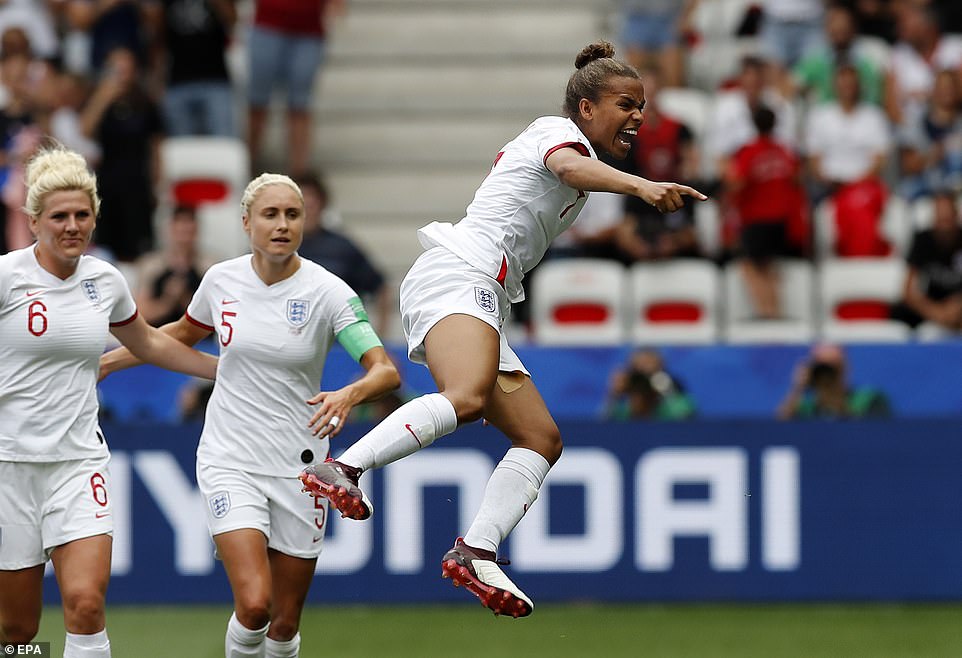 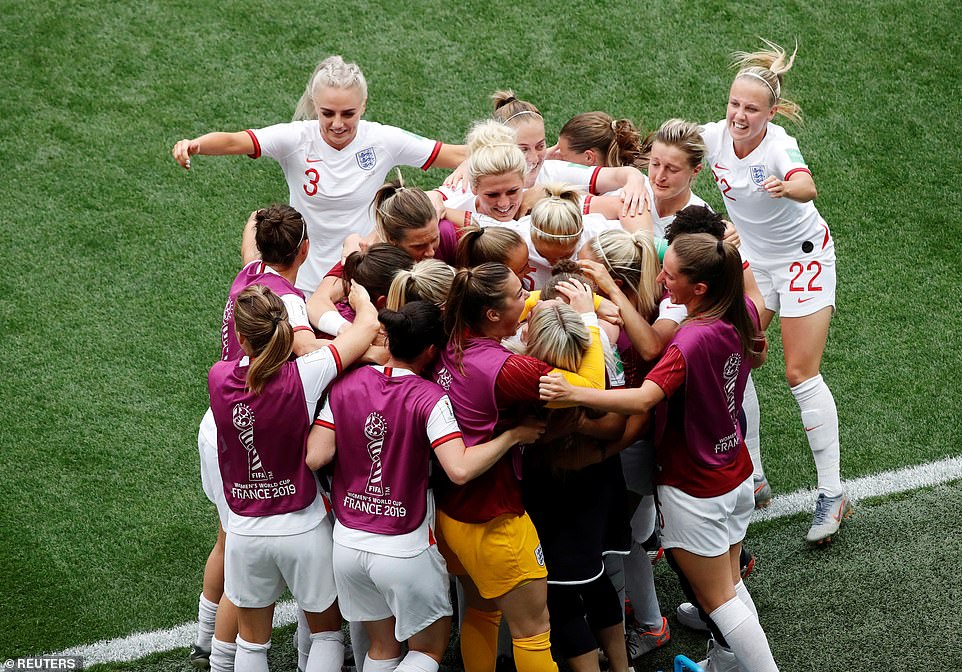 The goal switched out a light for Scotland, who had exploited the speed of Chelsea’s Erin Cuthbert before to give Millie Bright a challenging time in the late afternoon heat. The goal allowed England to sit deeper and find their gears, which they did.

Parris, who plays with the raw energy which could make her one of the stories of this tournament, could not always deliver with enough precision from the possession which she commanded. A beautiful spin around Docherty on the half-hour mark – threading the ball back through the defender’s legs and heading off in pursuit of it – was screaming for a ball to break the Scots lines.

But she did more than enough. Her link-up play with Lucy Bronze down England’s right provided the axis which the Scots could not cope with and the implacable calm Jill Scott, with her capacity to find space, was also decisive.

England also created chances for Ellen White in the central attacking areas – something they have found difficult ahead of this tournament. White had strayed a yard offside to find the net and failed to connect with a heaven sent chance before striking the goal which effectively buried the Scots on 40 minutes. Fran Kirby beat Scotland captain Rachel Corsie to a ball in the area and located the Birmingham City forward, who struck a first time shot. 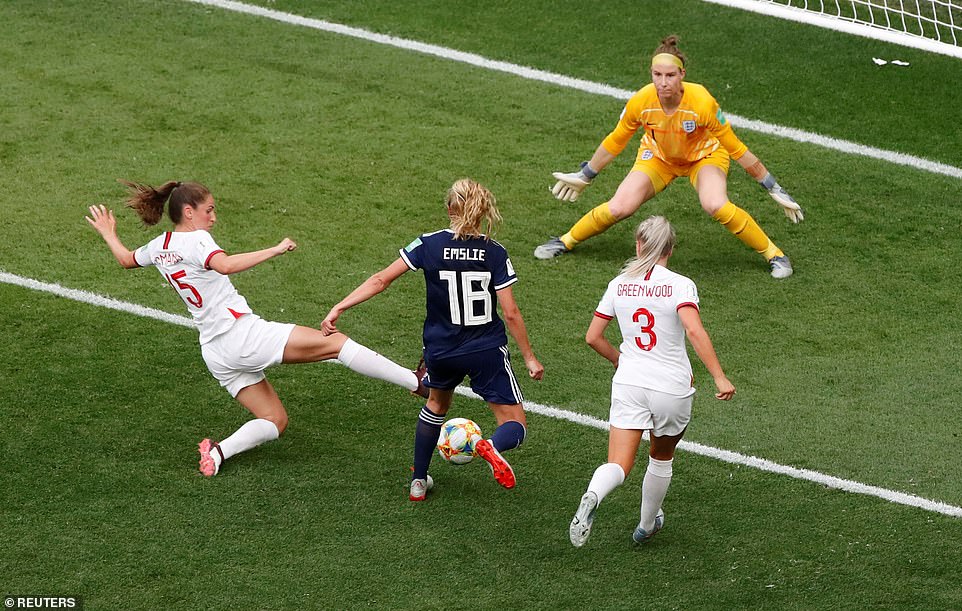 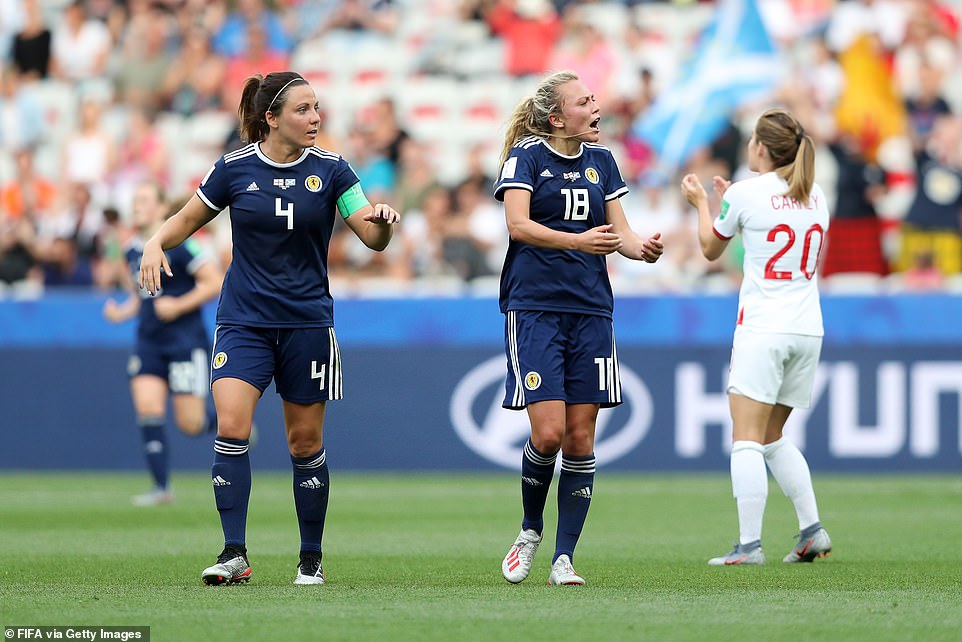 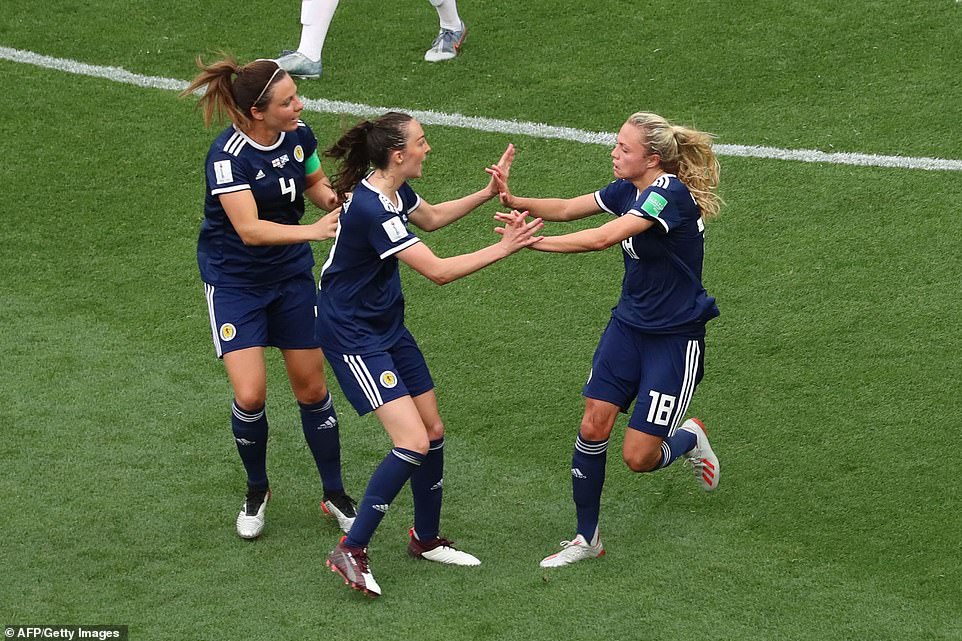 Emslie, who enjoyed a fine performance, celebrates as she scores the first goal of Scotland’s campaign in France 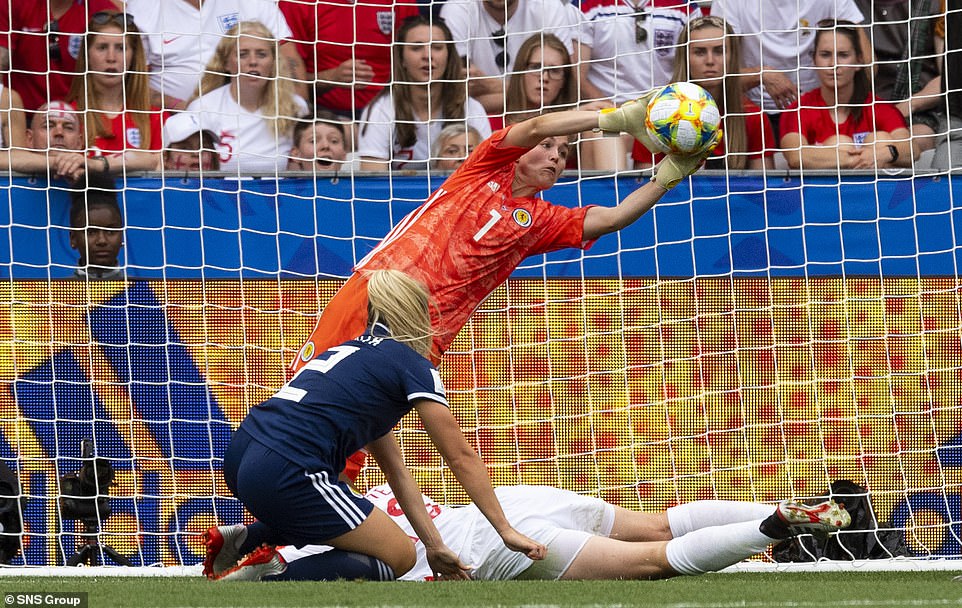 Alexander’s own outstanding performance prevented England making the scoreline more emphatic. She twice saved sharply with her feet in the first half and leapt to claw away a second half volley from White, who was sharp.

It is a Scottish side only six months ago into a funding stream from the nation’s government allowing them to go full-time and the different levels of conditioning training seemed to have told at half time. But the Scots refused to go quietly and England could not extend their lead.

A loose pass out of defence from Steph Houghton on 78 minutes delivered possession straight to Lisa Evans, whose slipped the pass from which Manchester City’s Claire Emslie converted sharply. The ball deflecting in off substitute Abbie McManus’ knee, in her desperate attempt to block the threat.

It created more tension in the last ten minutes than Neville would have wanted and a group of players who looked relieved to have got out of the game with the win. An awkward opening challenge cleared. 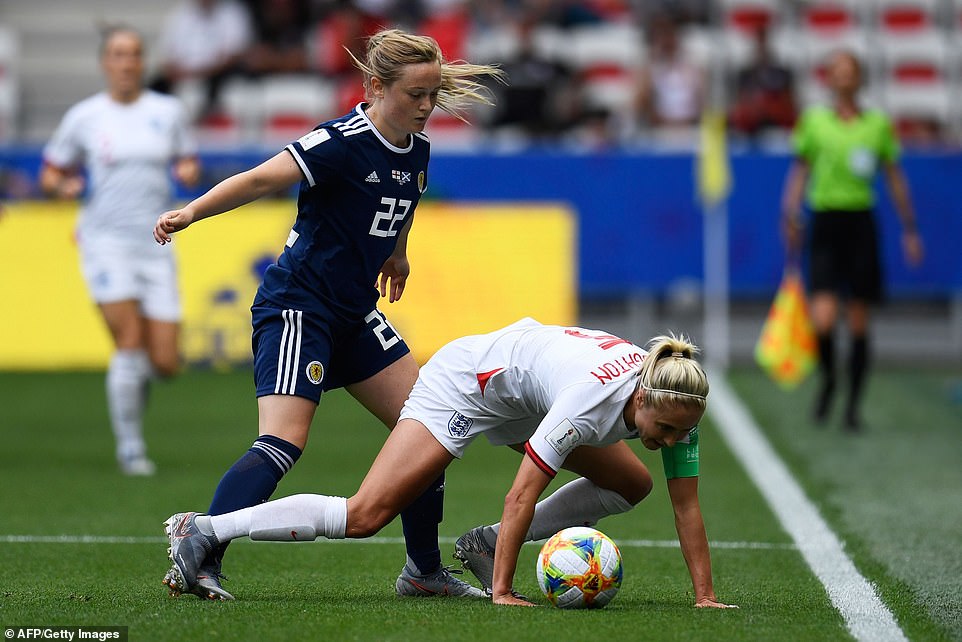 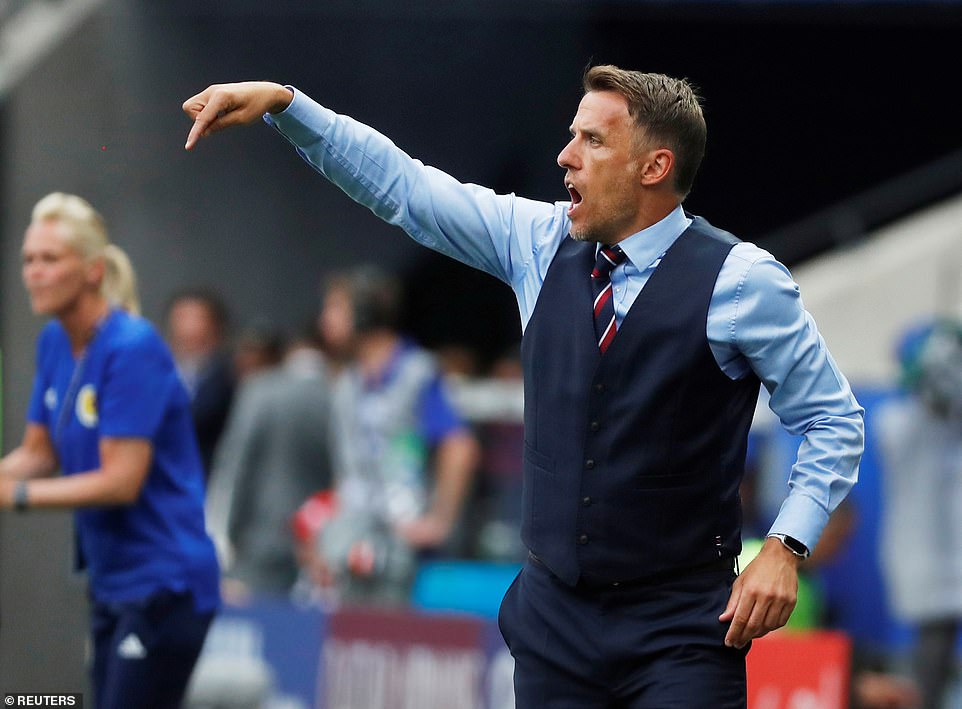 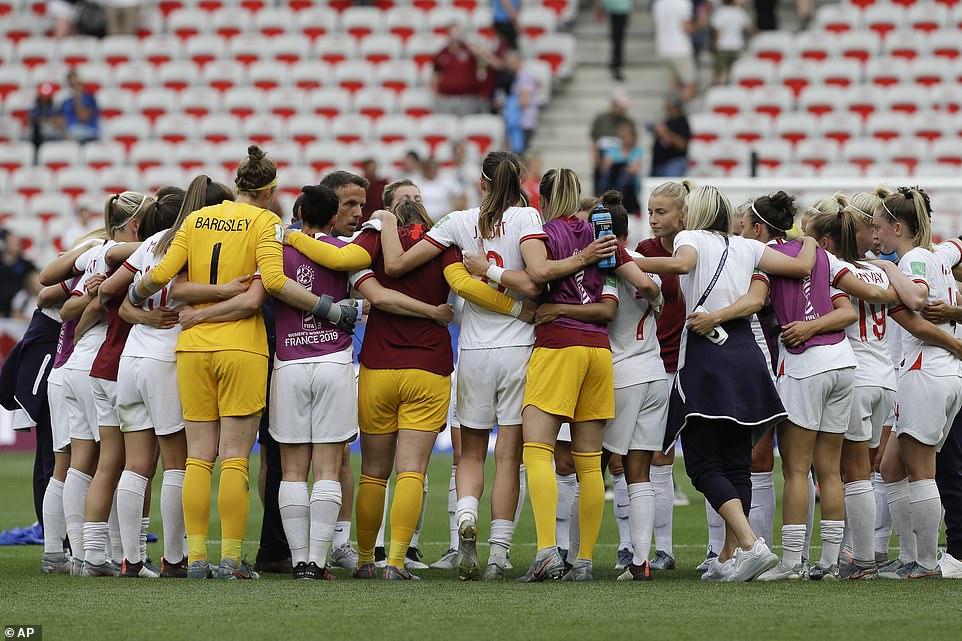 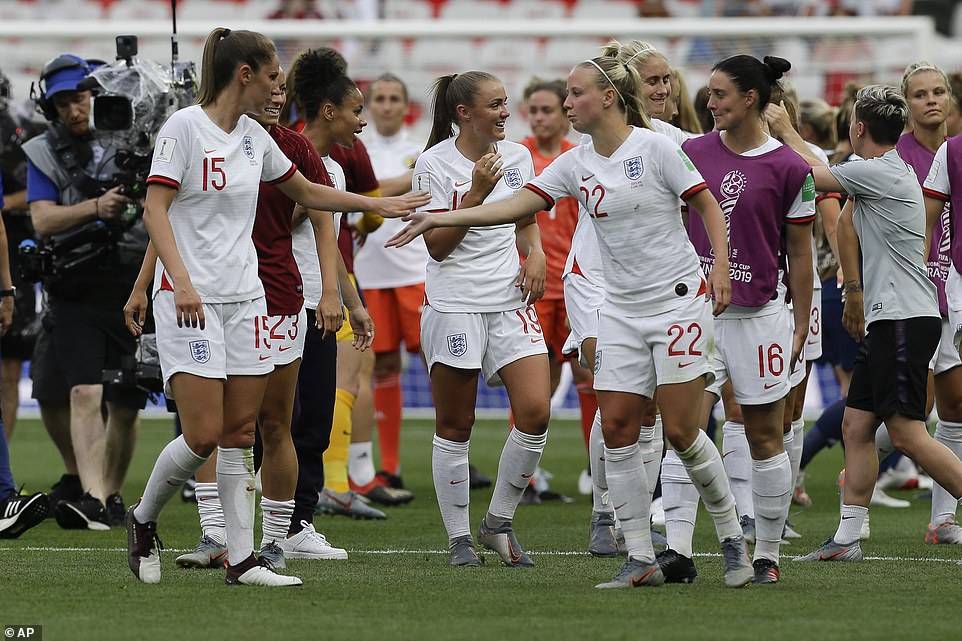