England fans have once again caught the attention of Portuguese locals as supporters jumped into water fountains ahead of the Nations League semi-finals.

One fan was perched over the fountain with people building up suspense in the background as he belly-flopped into the pool of water.

Two other supporters jumped into the fountain and were splashing around in the water to a chorus of ‘England’ chants.

Scroll down for video. 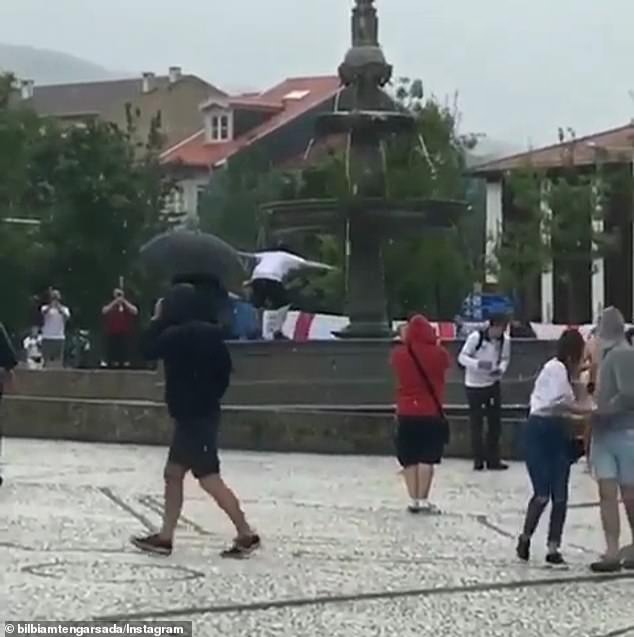 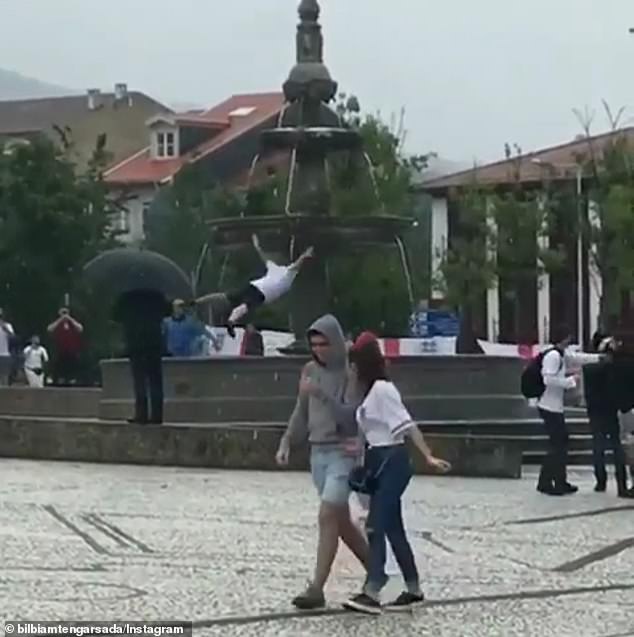 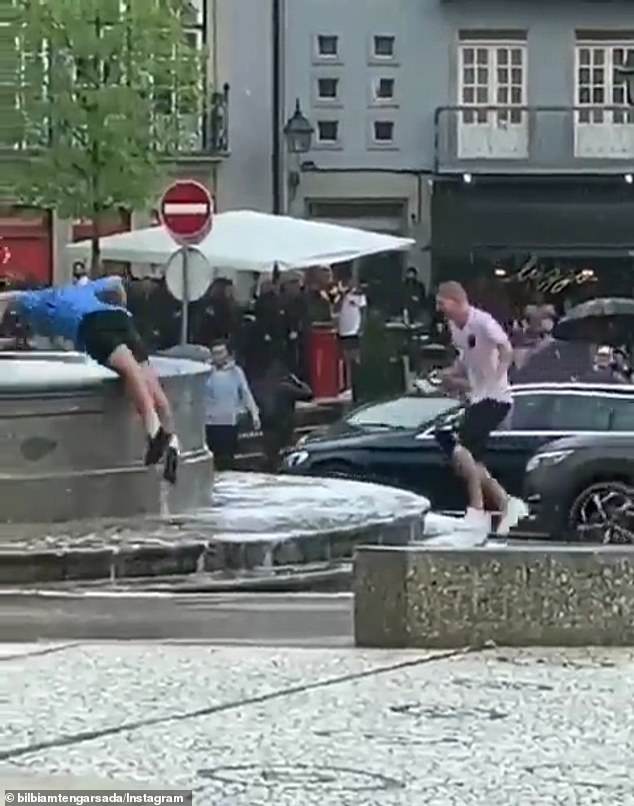 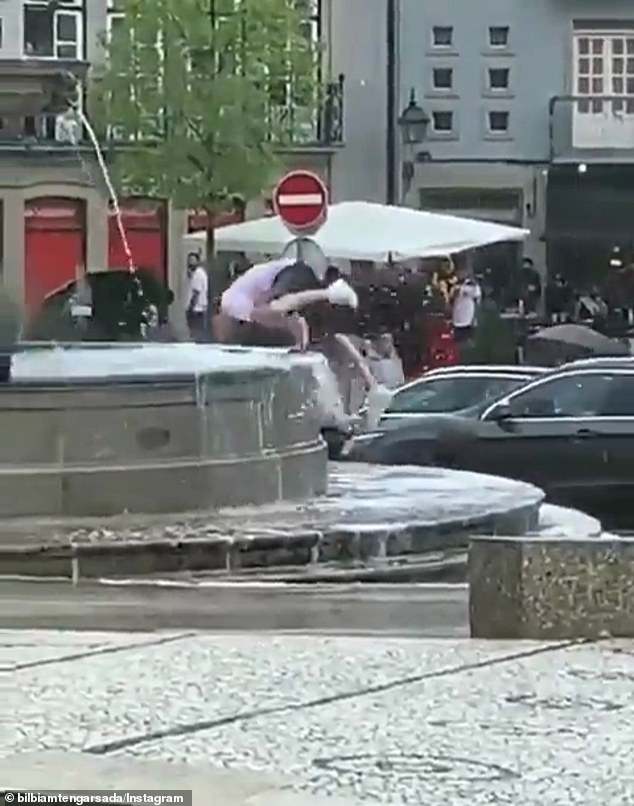 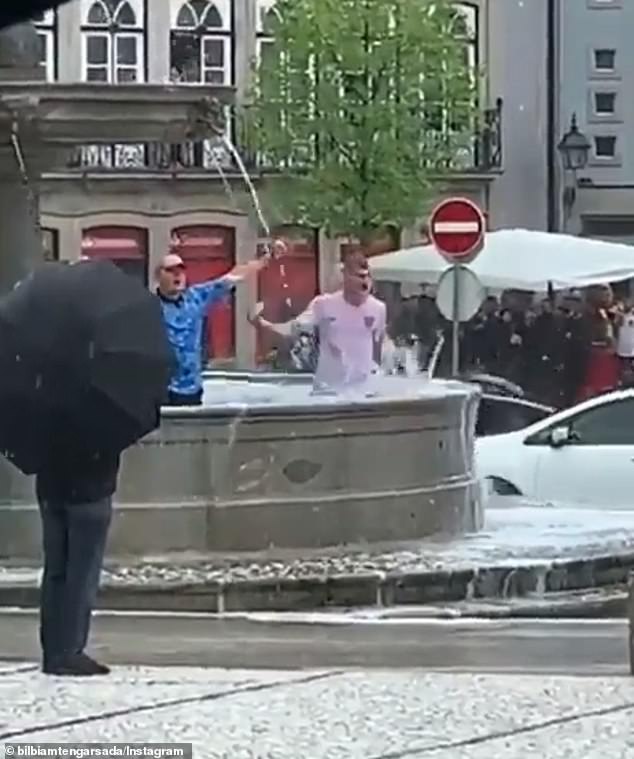 The incidents occurred at a historical landmark called Largo do Toural in Guimaraes, Portugal.

The Three Lions supporters are in Portugal for England’s Nations League semi-final clash with Holland.

There have been numerous episodes since the England fans have arrived as three people were arrested after violent scenes saw supporters launch bottles at police before officers charged them down on Wednesday.

Riot police moved in to disperse the supporters, who flocked en masse to watch the Three Lions after taking advantage of cheap travel costs.

England fans have been seen chanting anti-German songs and urinating in side streets during two days of disorder.

Three Lions supporters are also thought to have snapped up around 18,000 tickets for Thursday’s semi-final in Guimaraes, despite their official allocation being 10,000.

And in a strongly-worded statement, the FA have unequivocally condemned the scenes as ‘not welcome in football’.

‘Anyone responsible for these disturbances cannot be seen as true England supporters and are not welcome in football. They are an embarrassment to the team and the thousands of well-behaved fans who follow England in the right way.

‘We are liaising with the UK Football Policing Unit.’