Chris Woakes and Jos Buttler were England’s heroes, each hitting half centuries, as the hosts chased down 277 in a memorable three-wicket win over Pakistan in the first #raisethebat Test at Emirates Old Trafford.

Scorecard | As it happened

Almost a year on from Ben Stokes’ superhero effort to stun Australia in the 2019 Ashes at Headingley, Buttler (75) and Woakes (84no) produced their own herculean effort in rescuing England from 117-5 midway through the afternoon.

Buttler – his place in the side questioned due to recent struggles with the bat and errors behind the stumps in this Test – came to the crease after the fall of Stokes (9) and England in the midst of a mini-collapse of four wickets for 31 runs, the last of which being an absolute brute of a delivery from Shaheen Afridi (1-61) to dismiss Ollie Pope (7), gloved to gully.

But Buttler, joined by Woakes, two of England’s World Cup winners from last summer, seemingly relished the opportunity to reel in a target in one-day mode, putting on 139 for the sixth wicket. 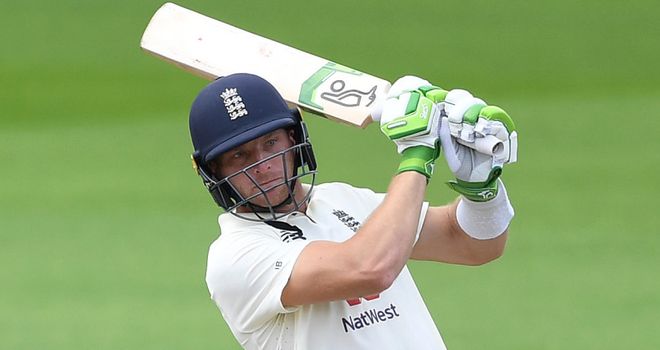 They counter-attacked up to tea, with a fifty partnership coming up in quick time, off 49 balls, to wrestle back some momentum England’s way, and the runs continued to come thick and fast immediately after the interval as both brought up brilliant half-centuries.

There was to be one final twist as, after a period of sustained pressure, Yasir Shah (4-99) picked up Buttler, with 21 still needed, and Stuart Broad (7), with four required, but Woakes stuck it out, thick-edging the winning boundary down to third man. 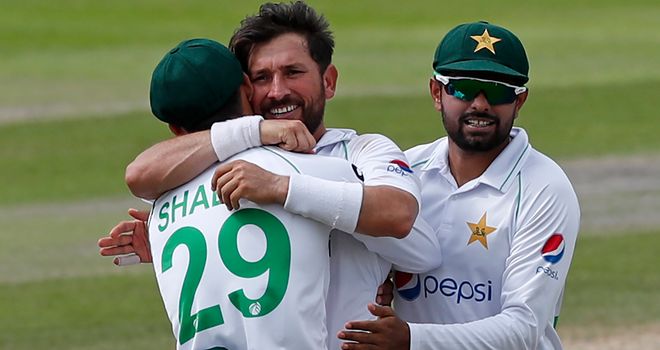 England knew full well of Yasir’s threat with the ball, but a hugely handy cameo from him with the bat to start the day made their task considerably tougher; Yasir (33) was the main aggressor as Pakistan added 32 in only 13 balls before their final two wickets fell.

It meant that the tourists’ 244-run lead overnight was suddenly turned into a 277 run chase for England; Rory Burns and Dom Sibley were busy to start, but the opening stand would be broken in the 12th over, with the relentless accuracy of Mohammad Abbas (1-36) rewarded.

Burns (10) was the one to go, trapped in front, though the left-handed opener was somewhat unfortunate to fall foul of the ‘umpire’s call’ to give him out when struck on the thigh pad – albeit on his back leg – to a ball shown to be just clipping his stumps. England skipper Joe Root rebuilt with Sibley, putting on 64 for the second wicket either side of lunch but, just as they reduced the equation to under 200 needed, Yasir struck and a clatter of wickets followed.

Sibley (36), who had earlier earned a reprieve via DRS after being given out caught behind to a sharp-turning delivery from Yasir he got nowhere near, this time nicked off to slip when lured into a fuller, drive ball once the legspinner had dried up his scoring from round the wicket.

Root (42) was next, edging a beauty of a delivery from Naseem Shah (1-45) to slip, and there was to be no Headingley-like heroics from Stokes on this occasion as he was given out on review after gloving a googly from Yasir behind, the extra bounce taking him by surprise. 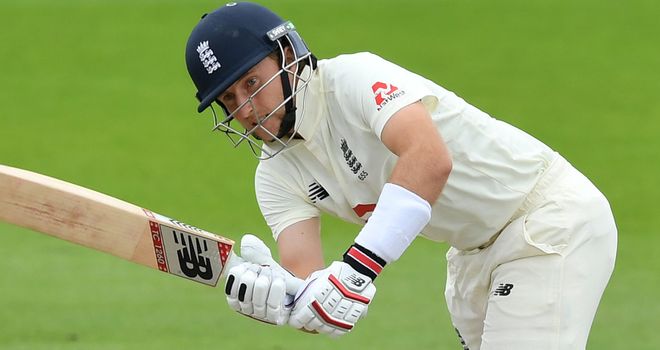 Pope, who was undone by a snorter from Naseem in the first innings, got another unplayable delivery, this time from left-armer Shaheen which took his glove through to gully and, with the pitch beginning to break up, England appeared to be heading for a heavy defeat.

But it didn’t take Buttler and Woakes – struggling with his own batting demons after averaging just 5.22 in his last six Tests – long to have Pakistan rattled with a magnificent counter-attacking display either side of tea.

Buttler went through to a 55-ball fifty, while Woakes reached his own 59-baller with a crunching drive through the covers for four later in the same Naseem over but, just as it appeared they were comfortably steering England towards victory, Yasir would have one final say on proceedings.

The wicket was coming, with Pakistan using up their final two reviews on boisterous appeals for Buttler caught behind on 59 – no edge – and Woakes lbw on 65 to Shadab, saved by the ball spinning past his off stump.

Buttler would eventually perish, as would Broad, both lbw to Yasir, but Woakes struck the winning runs to clinch a famous victory that sees England 1-0 up in the three-match series and end a streak of five-straight defeats in series-opening Test matches.

Watch the second #raisethebat Test between England and Pakistan, live on Sky Sports Cricket from 10.30am on Thursday.