The Armenian snubbed a new deal at Roma in favour of a move to Simone Inzaghi's side. 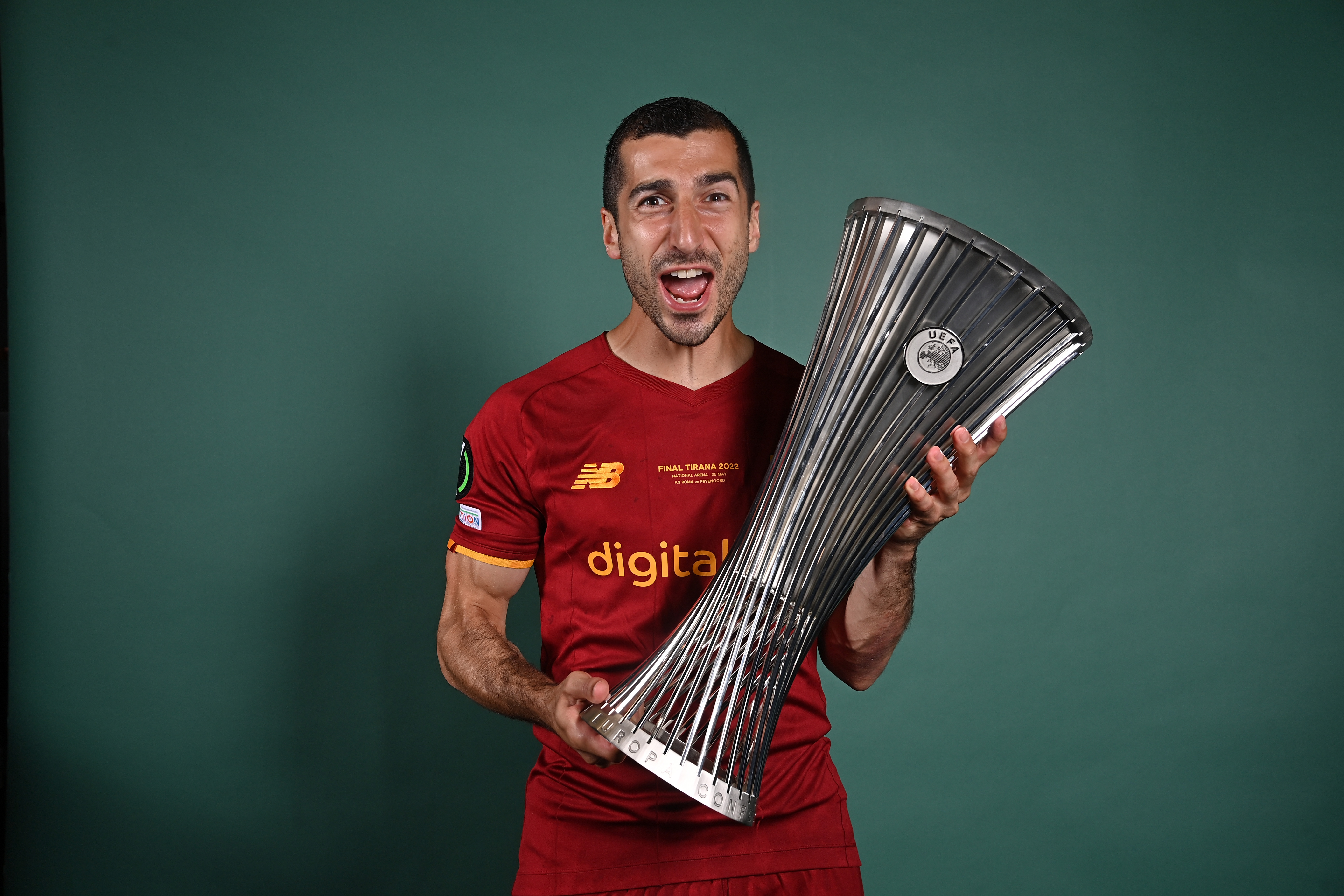 Mkhitaryan has spent the last three seasons at Roma playing a key role as they won the inaugural Conference League.

He played 44 times in all competitions scoring five goals and assisting a further nine for Jose Mourinho's side.

The 33-year-old rose to fame while playing for Borussia Dortmund becoming the league's top assister in the 2015/16 season.

Consequently he earned a move to Man Utd for around £30million playing 63 games for the club.

As part of the deal that saw Alexis Sanchez move to Old Trafford from Arsenal, Mkhitaryan moved the other way and featured 59 times for the Gunners.

Inter have already confirmed the signing of goalkeeper Andre Onana from Ajax and appear to have a deal sorted to bring Romelu Lukaku back to the San Siro on loan.

The Belgian striker is believed to have taken a pay cut to force the return to Italy.

They remain interested in free agent Paulo Dybala with his time at Juventus over.

It is set to be a busy summer for the side that finished the Serie A season in second behind rivals AC Milan, with numerous players also potentially leaving.

Ivan Perisic has already gone to Spurs and rumours continue to swirl over the futures of centre-back duo Alessandro Bastoni and Milan Skriniar.

Striker Lautaro Martinez is expected to stay at the club after Inter CEO Giuseppe Marotta referred to him as a "fundamental player."