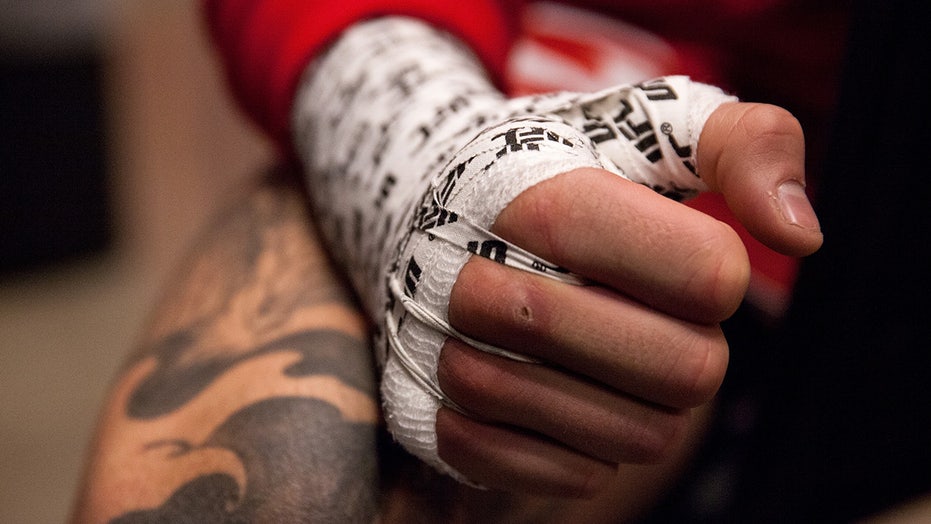 A mixed martial artist competing in a fight at Cage Fury Fighting Championships 94 (CFFC) appeared to lose his finger during a bout on Thursday night.

Khetag Pliev, an Olympic wrestler for Canada in 2012, was taking on Devin Goodale and while Pliev was being attended to between the second and third rounds, his corner noticed something was off, according to CBS Sports. Pliev discovered his right ring finger was not where he left it.

Goodale was declared the winner, though he noted he didn’t know how Pliev may have lost the finger.

According to TSN, an announcement was made over the PA system asking those at the venue to be on the lookout for the finger.

UFC’S FRANCIS NGANNOU WANTS JON JONES NEXT: ‘I AM READY’

CM Punk, a former WWE wrestler who had about 15 minutes in UFC, was on the broadcast and couldn’t believe it.

“I don’t understand exactly what happened,” Punk said, via CBS Sports. “We’re not gonna replay it for you, ladies and gentlemen, but it wasn’t a compound fracture. It wasn’t a dislocation, a break, a laceration. His finger was just gone. It’s gone. It fell off, ripped off.”

CFFC president Rob Haydak said during the broadcast Pliev’s finger was found in his glove and he was taken to the hospital to have it reattached.

ESPN reporter Marc Raimondi shared an image from Pliev after he had his finger reattached.

“All good,” the fighter said.