The FA have apologised for and deleted a social media post which poked fun at a player who suffered a sickening head injury.

A TikTok video used to promote the FA Cup triggered outrage by showing Stockport’s Macauley Southam-Hales smashing head-first into a hoarding during their win over Charlton, set to music from a Nestle Crunch advert.

The clip timed the impact with the word ‘crunch’ in the jingle before an exaggerated bang. 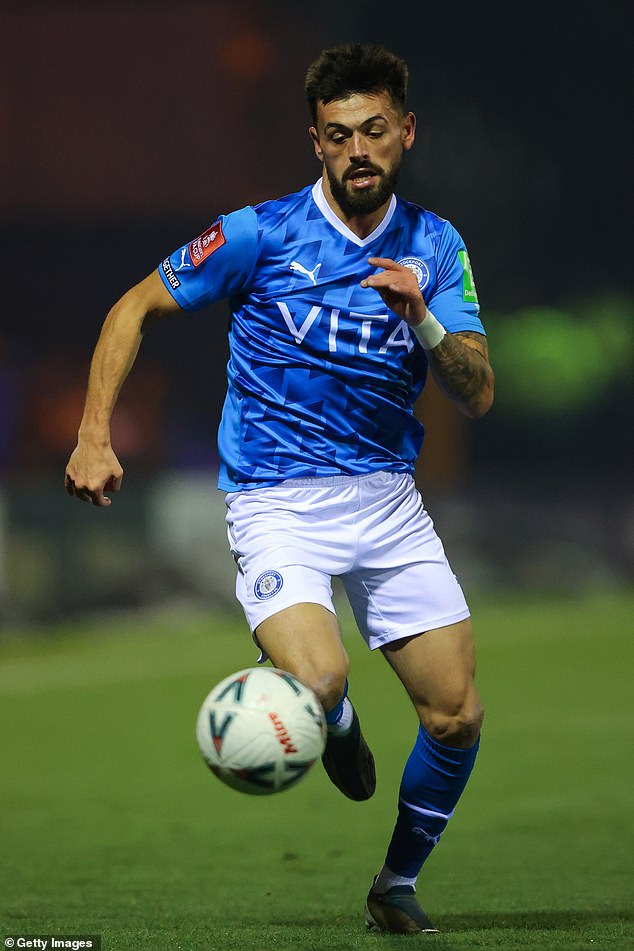 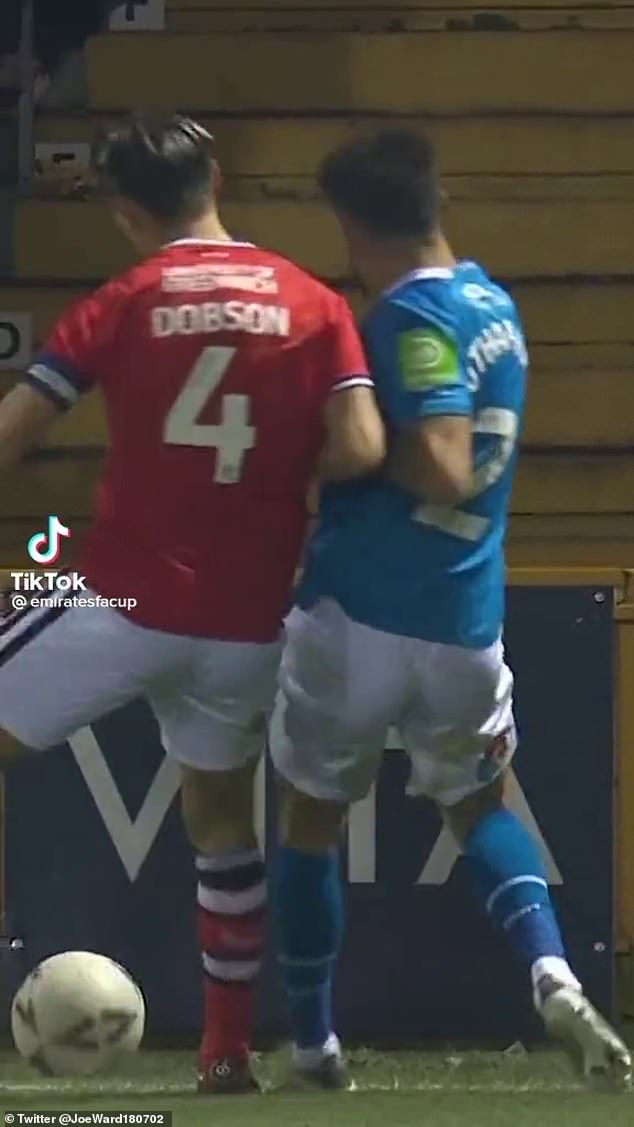 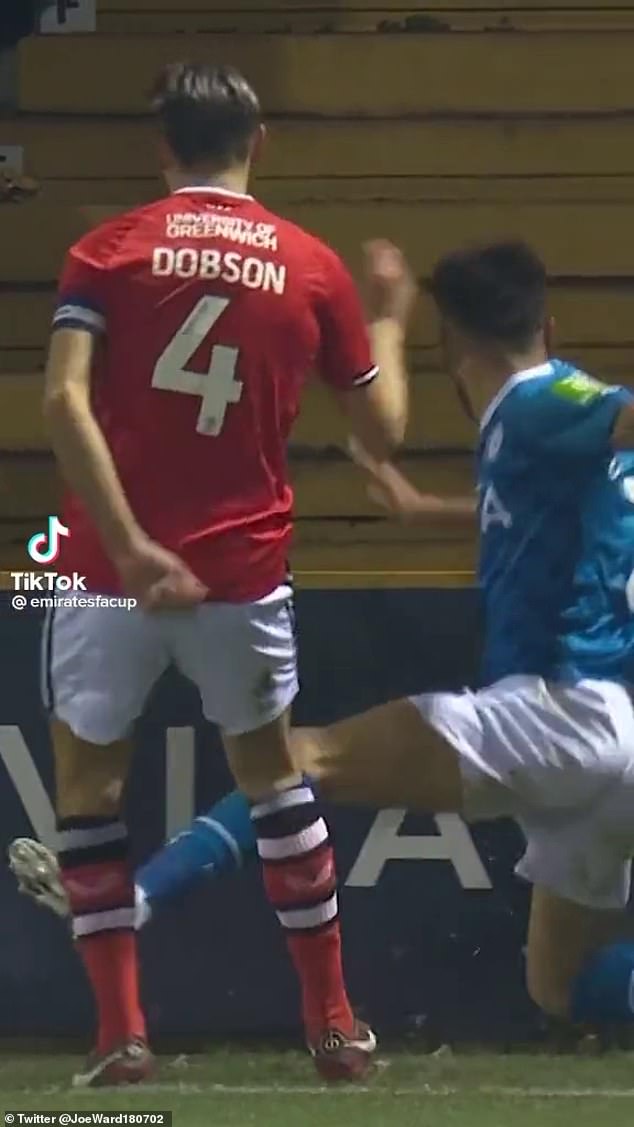 As the defender guided the ball out of play, he lost his balance and went into the hoardings 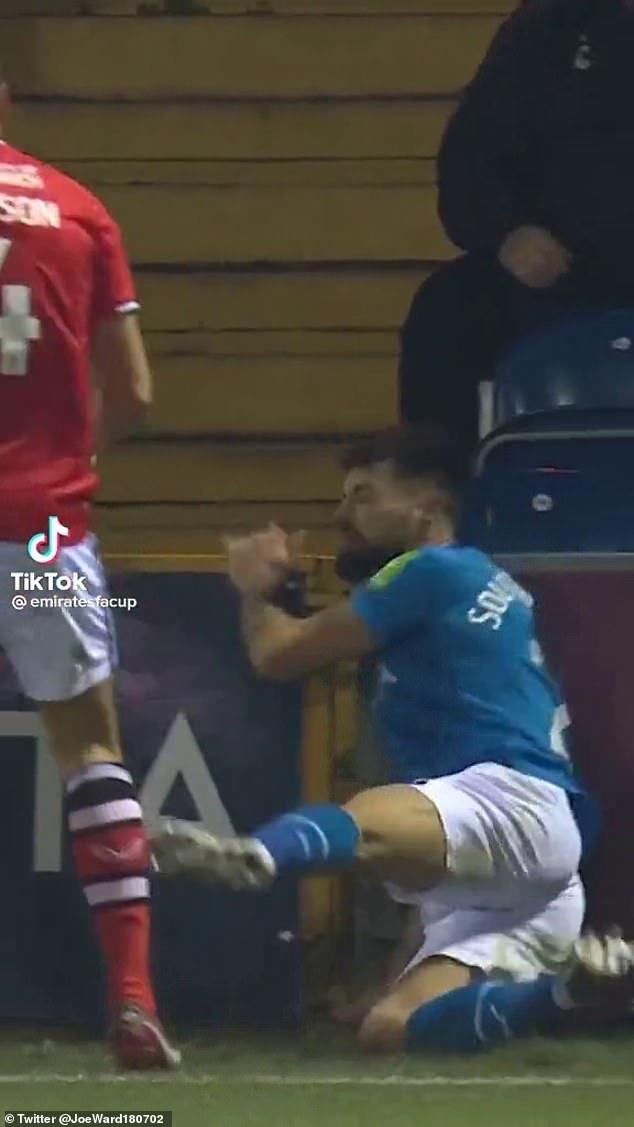 Southam-Hales then banged his head into the hoarding, suffering a sickening head injury 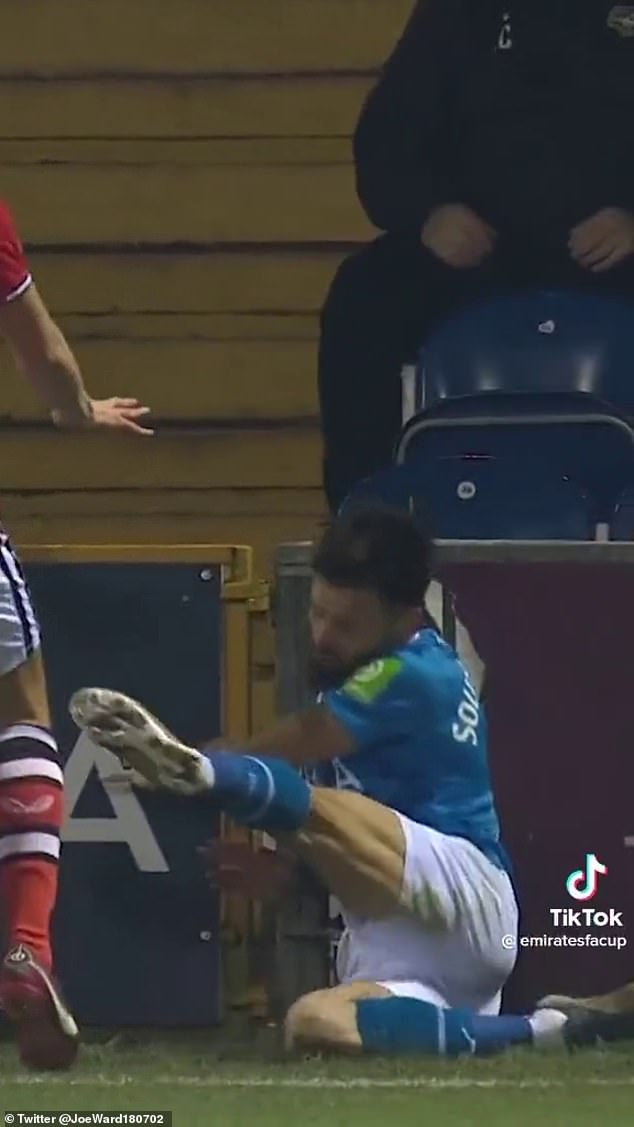 The FA’s @emiratesfacup account had posted the clip, set to music from a Nestle Crunch advert – it timed the impact with the word ‘crunch’ in the jingle before an exaggerated bang

An FA spokesperson ‘sincerely apologised’, adding: ‘It should never have been published. The post was created by an external agency and we will review our processes to ensure this never happens again.’ It is understood the FA have not fired the agency. Southam-Hales was deemed ‘very lucky’ not to have been badly hurt by manager Dave Challinor.

It came a month after Bath’s Alex Fletcher had brain surgery after also colliding with a hoarding.

Sportsmail’s Chris Sutton said: ‘It may be human error but it’s bad. It’s not a great look for the FA.’