BUNDESLIGA football returned with "Supreme Leader" Owen Hargreaves appearing as a pundit on a big screen from his house.

The German league is back underway behind closed doors amid the coronavirus pandemic, and former Bayern Munich midfielder Hargreaves was on punditry duty for BT Sport. 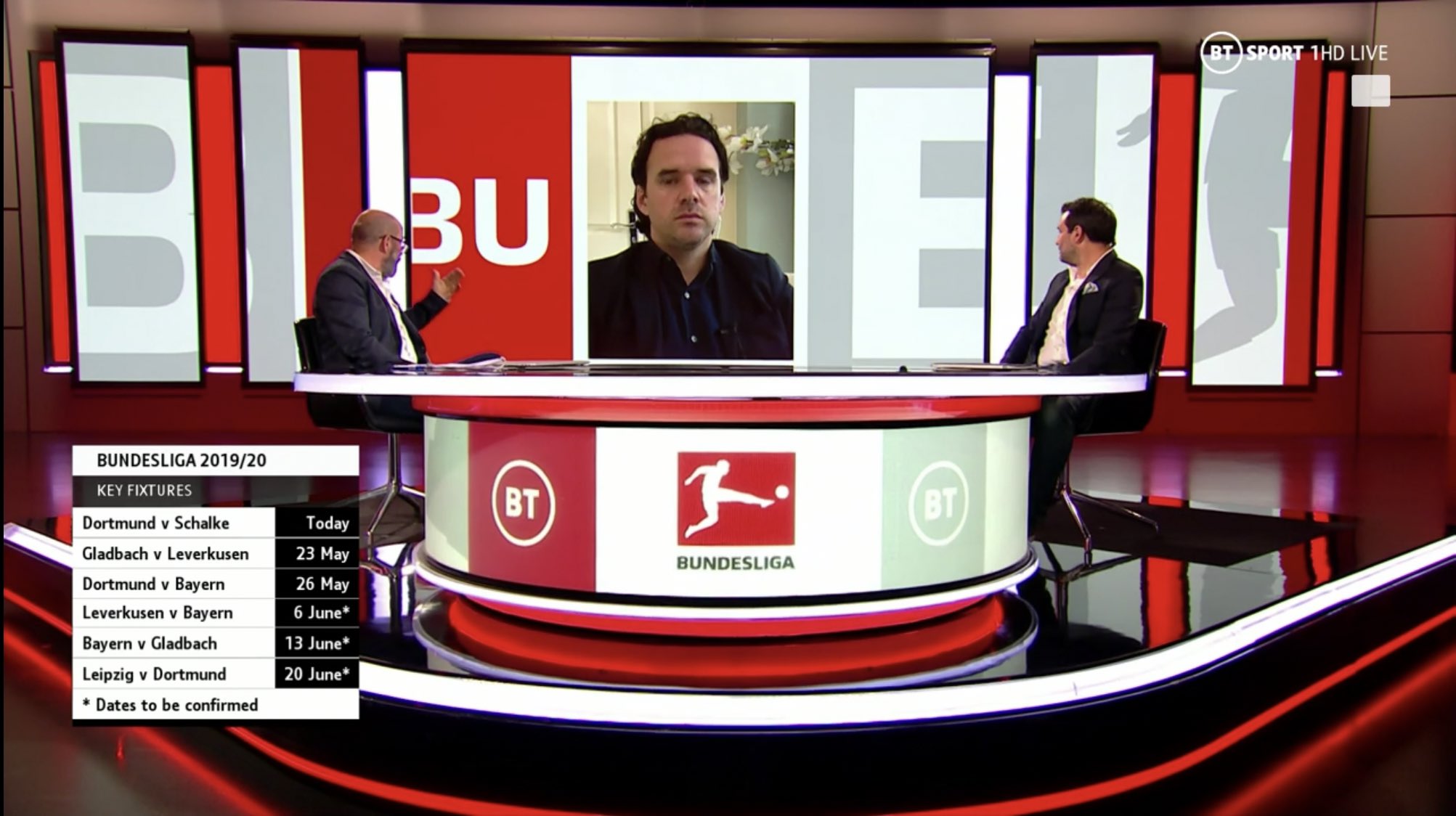 But the ex-England international was likened to a "dictator" by freaked out fans as he was seen in the middle of the other two presenters.

One said: "Football is back, being led by Supreme Leader Hargreaves."

Another said: "Owen Hargreaves looking over us like a benevolent dictator."

One added: "German football returns and gives us a glimpse at the future, when we are all ruled by Owen Hargreaves."

But second place Borussia Dortmund host Schalke today with a win closing the gap to just one point.

Dortmund start without Jadon Sancho, who is still recovering from a calf injury.

And Hargreaves has tipped the England forward to walk right into his former club Manchester United as a starter next season, with the Premier League giants heavily linked with the 20-year-old.

He said: "I think Jadon is a special case because whoever gets him… the fees are going to be significant but that is a player for potentially a decade.

"So he walks into any of our great teams, our Man Citys, our Liverpools, even a Barcelona or a Real Madrid if he fancies it. His level is that good.

"I think you'll see fees come down for sure. The amount of friends I have that run businesses that have gone under… it's going to impact football teams as well but I think the big ones, the Bayern Munichs and the Man Uniteds, they are still going to have money to do what they want to do.