Van de Beek, 24, has only made one Premier League appearance so far this season after he came on for the last five minutes of Man Utd's 4-1 victory over Newcastle last month. 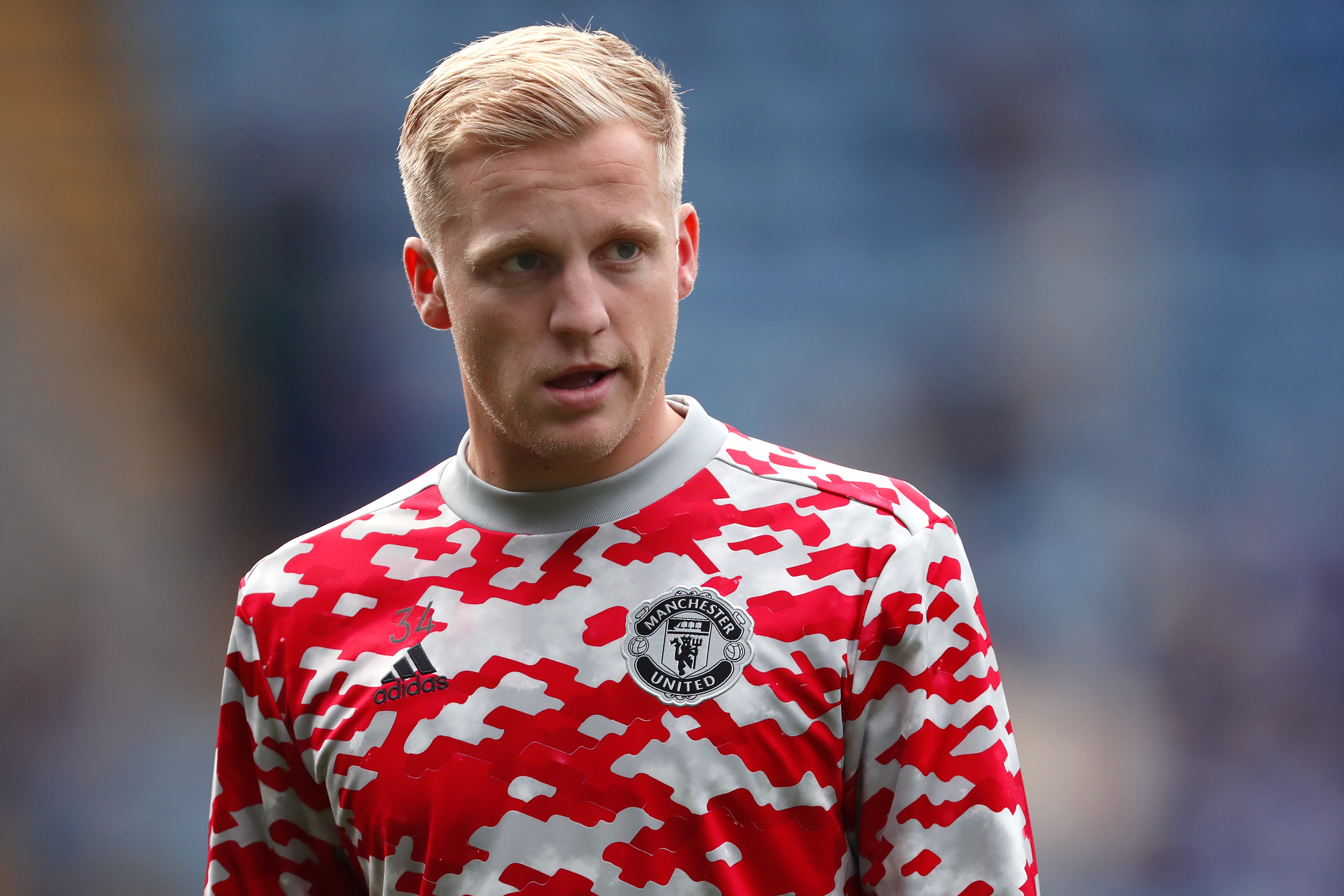 He had to watch from the sidelines on Sunday as Liverpool ran riot in their 5-0 humiliation of United.

The Dutchman has only started once so far this season when he played 90 minutes in Man Utd's 1-0 defeat to West Ham in the Carabao Cup at Old Trafford a month ago.

He was also hooked at half-time in Man Utd's 2-1 defeat to Young Boys in the Champions League and has since failed to appear in the Red Devils' two European games since.

The former Ajax midfielder, who only managed four Premier League starts in the whole of last season, has been heavily linked with a move away from Old Trafford in January.

Everton director of football Marcel Brands is a long-standing admirer of the player and tried to sign him in the summer, only for Man Utd to reject their loan offer.

But it is thought that Utd would allow him to leave in January and the Toffees remain keen to sign him up, with midfielder Abdoulaye Doucoure currently out injured.

One fan took to social media in response to rival fans' mocking of van de Beek to say: "That man will hate Ole for all his days and he has every right."

Another said: "This is a damning statistic and suggests United's recruitment policy is not effective.

"Van de Beek is a great footballer and hopefully the January transfer window will allow him to show us all what United have failed to do."

The 19-cap Dutch international cut a lonely figure as he trained by himself on the Old Trafford pitch following Man Utd's humiliating 5-0 defeat to Liverpool on Sunday.

And he also knocked a cup of boiling hot tea over a member of the Utd backroom staff in a cringeworthy gaffe in the tunnel after Man Utd's 4-2 defeat to Leicester this month.

Manager Ole Gunnar Solskjaer, 48, recently admitted: "At the moment it is hard, I understand Donny. He is frustrated, he is disappointed.

"I know he is not happy but he is a top professional. He doesn't let himself down and he knows this is how it works in football."

But with rumours linking Antonio Conte to the Man Utd job, van de Beek could decide to stick around and try to impress his new manager should the appointment go through.