HUNDREDS OF THOUSANDS of Flamengo fans lined the streets of Rio de Janeiro to celebrate their dramatic Copa Libertadores triumph.

Fans packed the city centre to welcome home their returning heroes, who beat River Plate 2-1 in Lima on Saturday night. 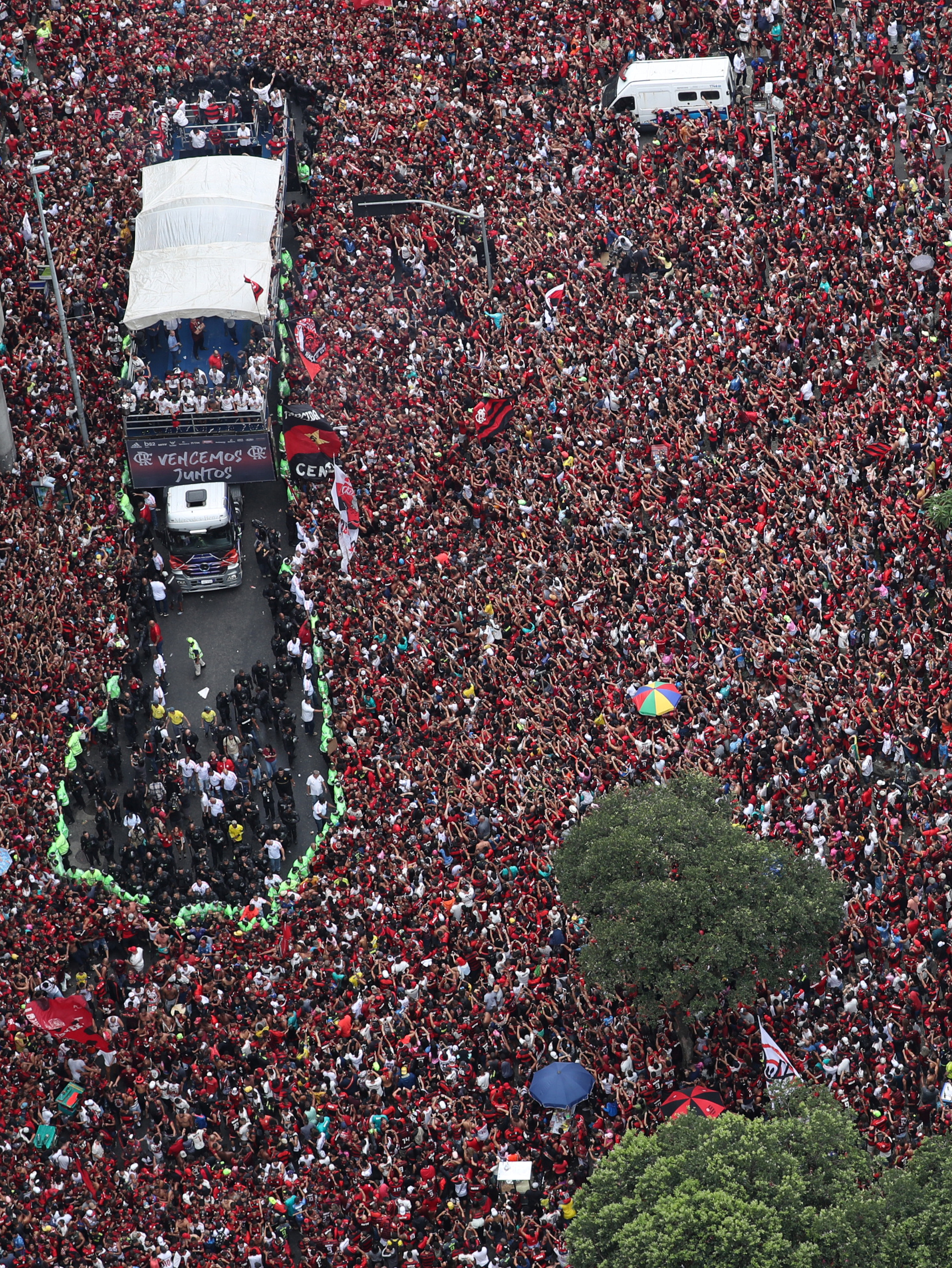 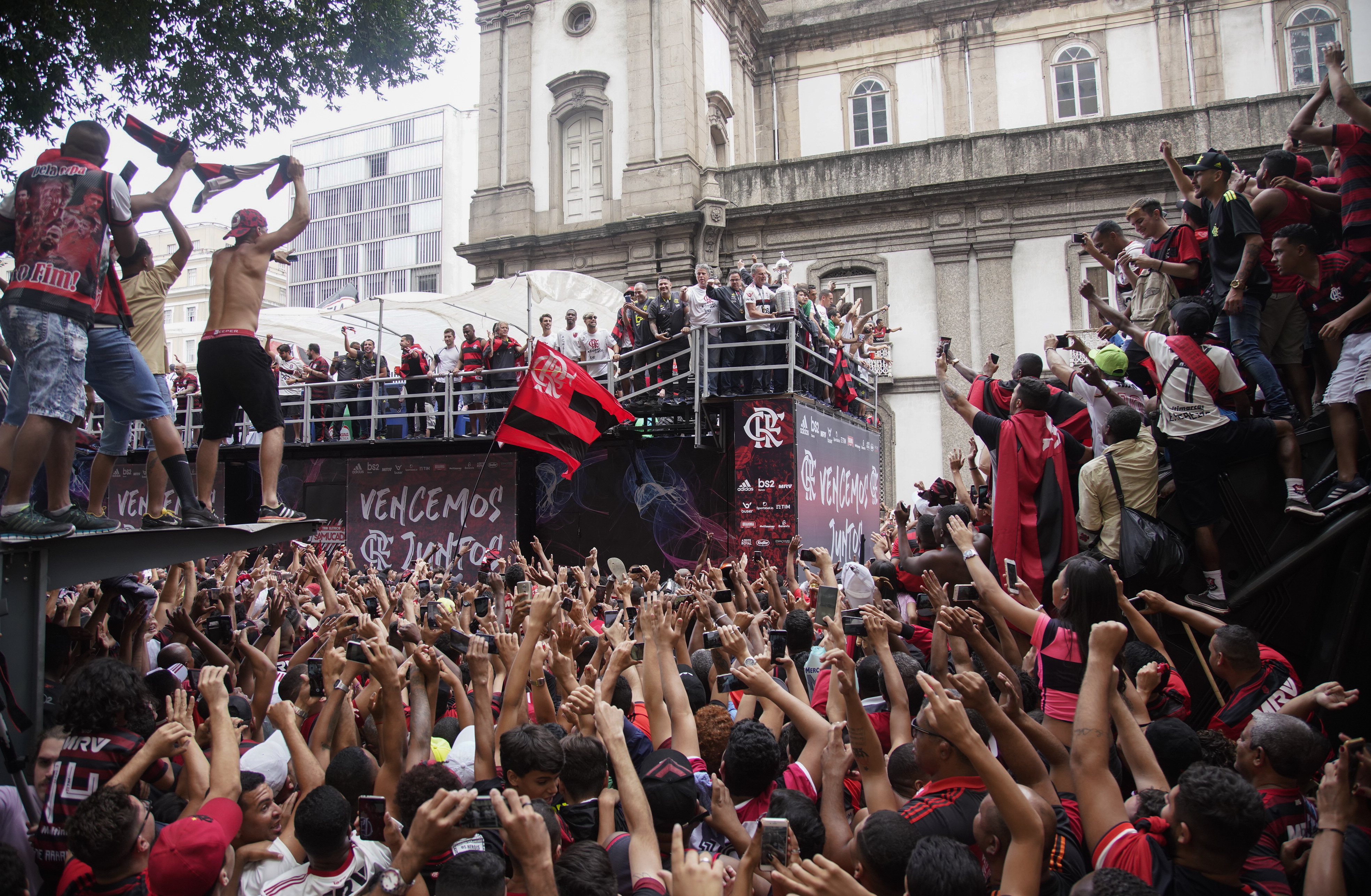 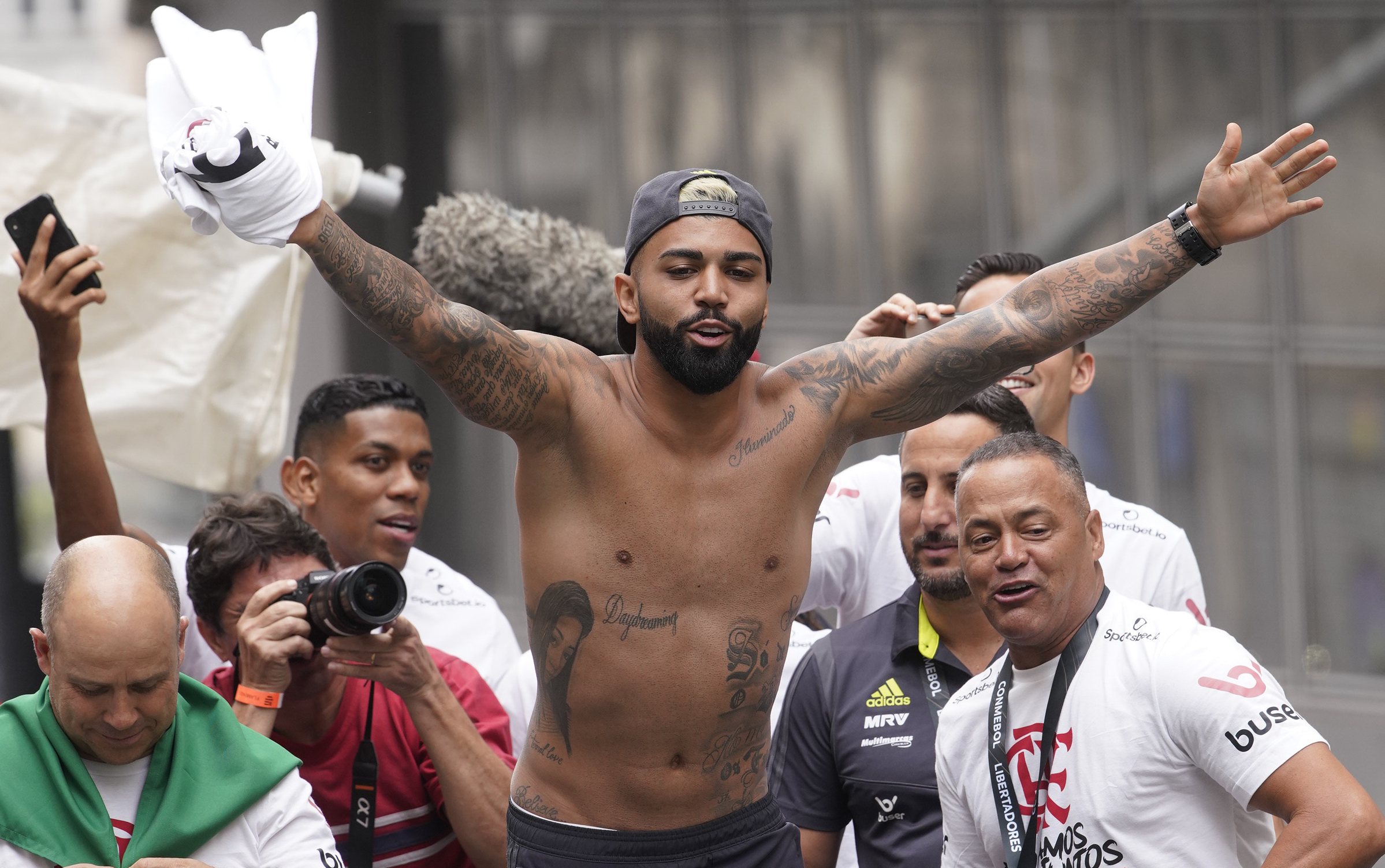 Flamengo stars including goalscoring hero Gabriel Barbosa were in high spirits as their open top bus cascaded through Rio, taking in the adulation of their supporters.

And they ended their drought in the most dramatic circumstances.

They trailed for most of the match, after last year's champions River Plate had taken the lead in the 15th minute through Rafael Santos Borre.

It looked as if the showpiece final was slipping away from Jesus' side.

But Barbosa had other ideas.

The Brazil international ensured the final will always be remembered for his contribution by equalising in the 89th minute, before sensationally netting a winner in the 92nd.

The 23-year-old, reportedly dating Neymar's sister, was even red carded in the closing stages – but will always go down as the hero of the day. 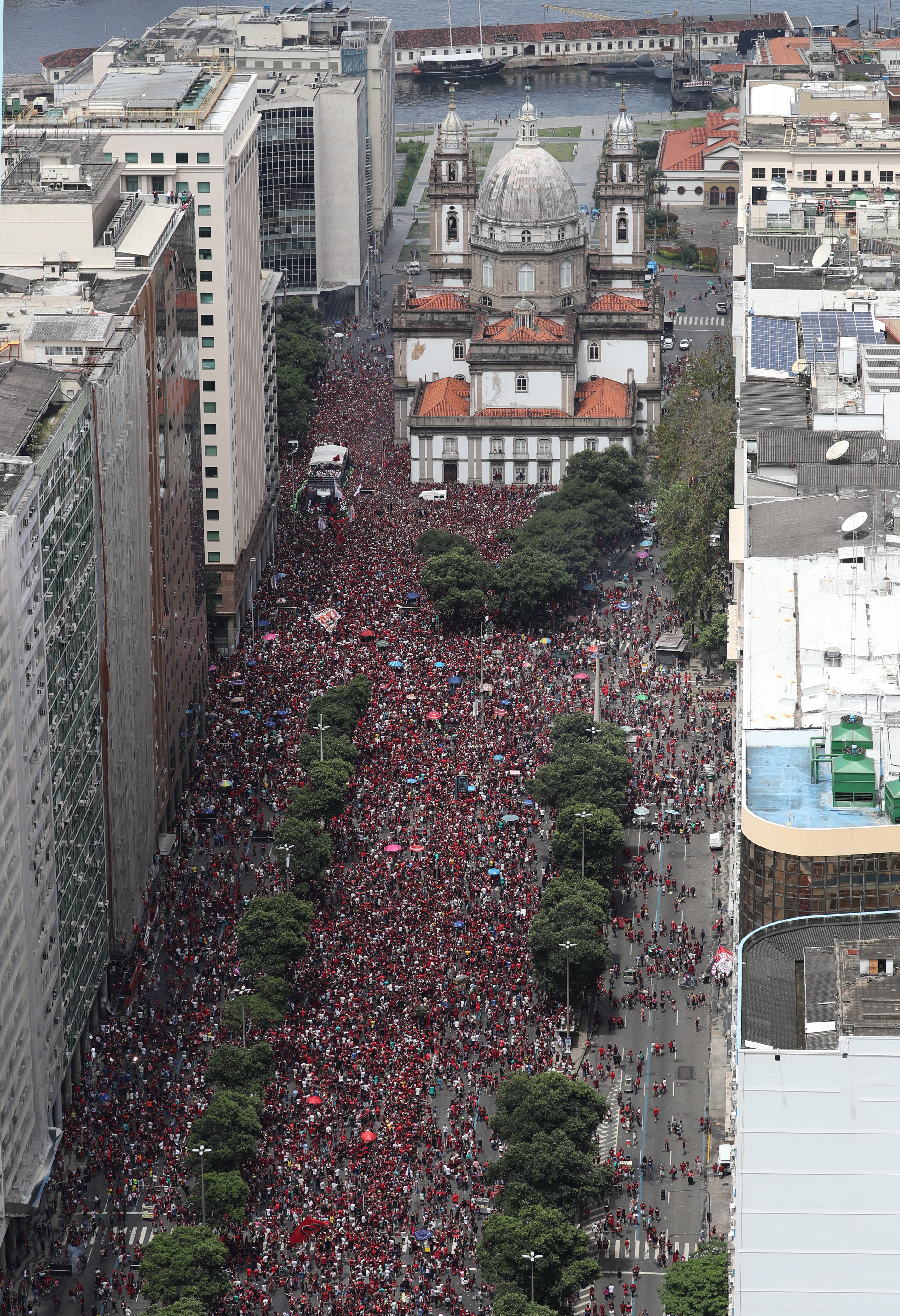 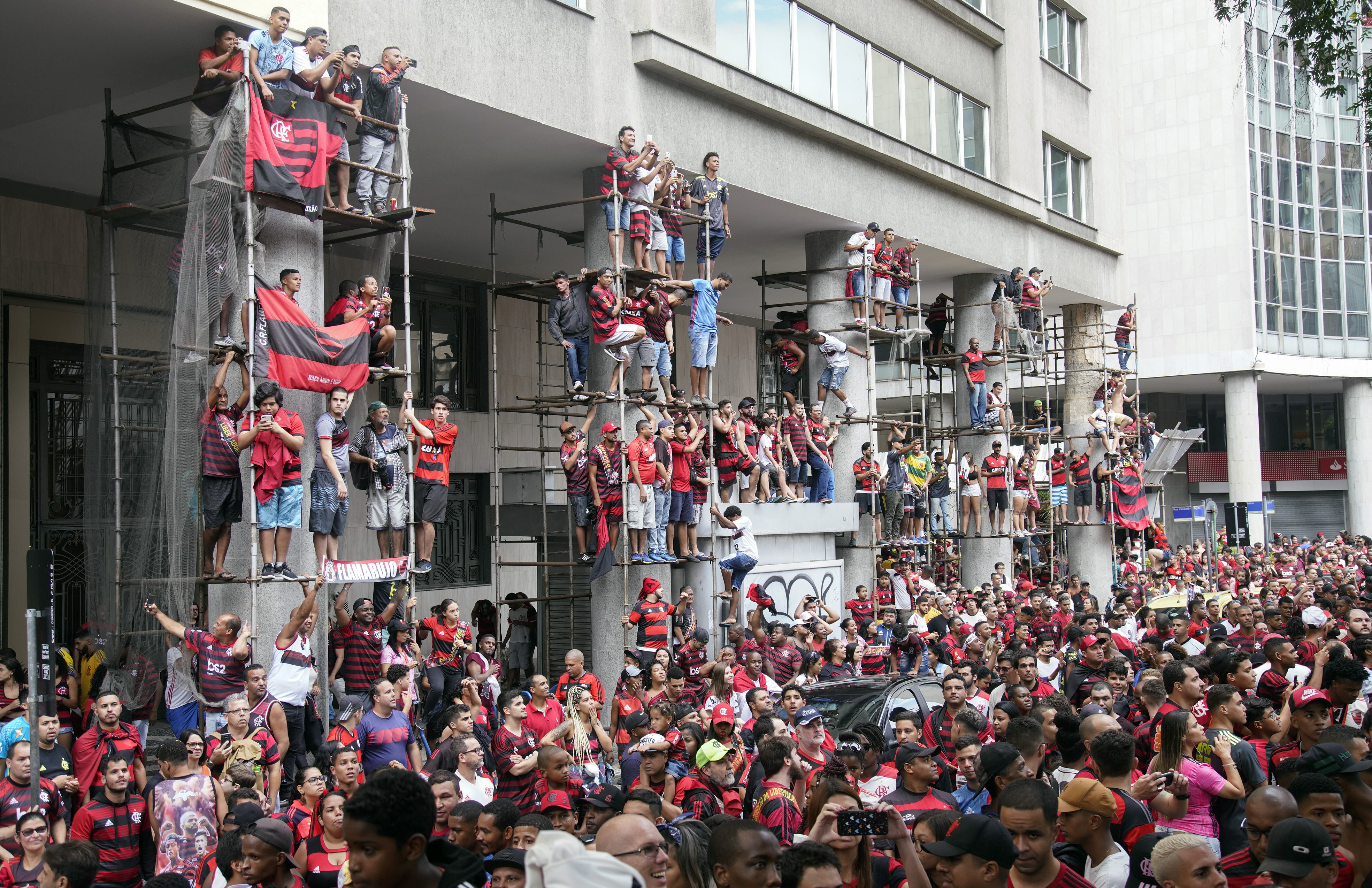 It marks a remarkable turnaround for Barbosa, who not long ago was being touted to Burnley and West Ham after flopping at Inter Milan.

And the man dubbed "Gabigol" clearly lapped up the joy and love of the thousands of fans that turned up to celebrate their victorious heroes.

Flamengo will now compete in next month's Club World Cup in Qatar – where they could meet Liverpool.