Former MLB outfielder Angel Pagan and two others were rescued at sea Tuesday morning after their boat capsized off the coast of Puerto Rico.

According to a report on conlasbasesllenas.com, Pagan, former minor league reliever Orlando Roman and a 16-year-old boy had their boat flipped by a 15-foot wave near the mouth of the Cibuco River on the northern coast of the island.

Telemundo reports Roman was treated for a head injury. Pagan and the minor were not injured. 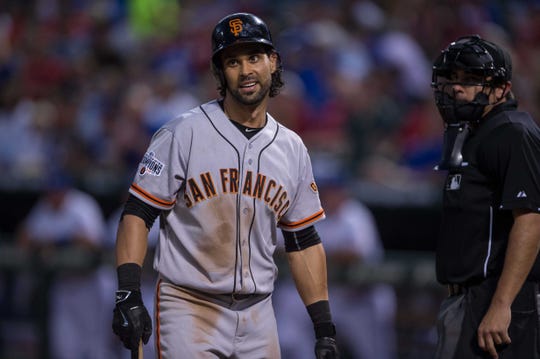 His best season came in 2012 when he helped the Giants win the World Series. That year, he played in a career-high 154 games, hitting .288 with 95 runs scored, 29 stolen bases and a league-leading 15 triples.

A native of Puerto Rico, Pagan last played in the majors in 2016.