Froome undergoes EIGHT HOURS of surgery on broken leg, elbow and ribs and is still in intensive care after crashing into a wall at 40mph while trying to blow his nose

Chris Froome underwent surgery for eight hours on broken bones and will stay in intensive care in France for two or three days following a crash at the Dauphine that ruled him out of the Tour de France, Team Ineos manager Dave Brailsford said on Thursday.

The four-times Tour champion sustained multiple fractures including broken femur, elbow and rib bones when he crashed at high speed while checking the course of the Dauphine’s individual time trial on Wednesday.

‘He is at the hospital in St Etienne and had surgery for eight hours,’ Brailsford was quoted as saying by local newspaper Le Dauphine Libere before the start of Thursday’s fifth stage. 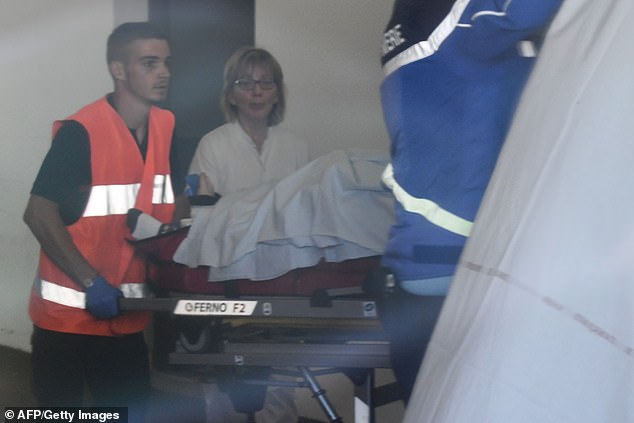 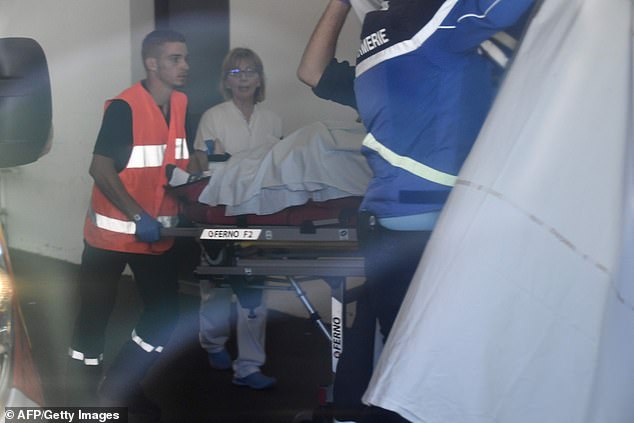 Medical staff transport Froome on a stretcher to the Centre Hospitalier in Roanne, France

‘He is in intensive care for two or three days. Then we will see when we can send him home.

‘The hospital staff in St Etienne were remarkable. The injuries were so serious that he had to undergo surgery as quickly as possible.’

Brailsford said he had not talked to Froome because ‘he is still unconscious’.

He added that Froome was being looked after in ‘exemplary fashion’ but that it is too soon to put any sort of timetable on his rehabilitation programme.

‘First things first,’ he said. ‘For now, let’s just concentrate on today and getting him through today, and then tomorrow et cetera and see how this situation develops from there. 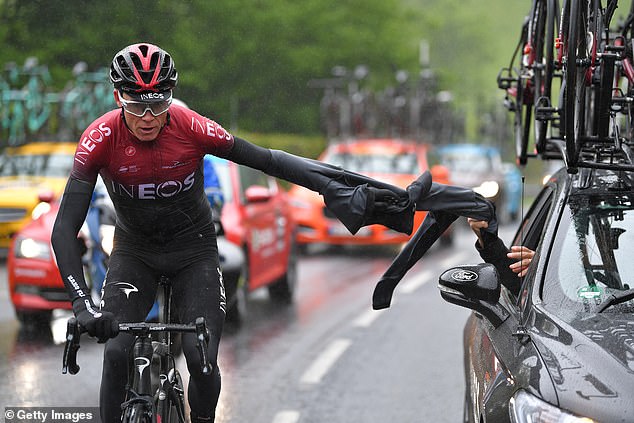 ‘The first thing in all these situations is to get that first stabilisation, that first phase of medical surgery done really and then go into the recovery process.’

Brailsford revealed on Wednesday night that Froome’s data showed he went from 54 kilometres per hour to a dead stop as he struck a wall on a descent. The accident happened when Froome wiped his nose and a gust of wind caught his front wheel.

‘He came down a technical descent and on to a straighter piece of road with houses either side,’ Brailsford told BBC Sport’s Bespoke Podcast.

‘He signalled to (team-mate) Wout (Poels) that he was going to clear his nose, he took his hand off the bar to do that and a gust of wind took his front wheel, he lost control and went straight into the wall of a house.

Froome was riding the Dauphine during the final stages of his preparation for the Tour, where he was looking for a record-equalling fifth victory.

Froome was eighth in the overall classification after three stages of the eight-day race, just 24 seconds behind leader Dylan Teuns, with fellow Briton Adam Yates leading after the time trial stage. 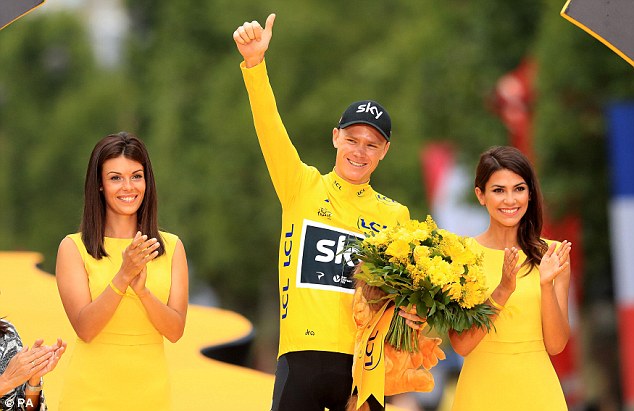 Defending champion Geraint Thomas will now be Ineos’ sole leader at the Tour, which begins in Brussels on July 6.

In his absence, defending champion Geraint Thomas and Colombian Egan Bernal will lead Team Ineos on the Tour, which starts in Brussels on July 6, although the team tactics have yet to be decided on.

‘We have a team with great riders. Everybody can be in top shape in July. As soon as we are at the start of the Tour we will make decisions,’ Brailsford said.

‘You don’t set up tactics for July in June.’

The British outfit have won six of the last seven Tours as Team Sky before being re-launched as Team Ineos earlier this year.