FOOTBALLER Ivan Zaborovskiy is fighting for his life in intensive care after being struck by lightning during a training session.

The young goalkeeper was taken to hospital after the freak incident in Russia. 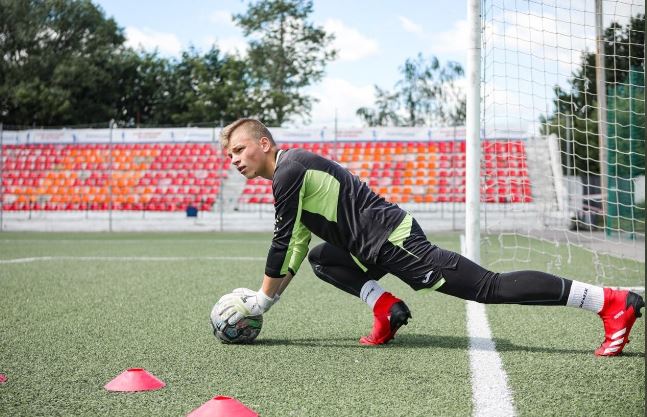 His club, Znamya Truda, tweeted: "According to our information, an accident occured at a training session.

"Lightning hit the young goalkeeper Ivan Zaborovskiy, now he is in intensive care."

The Moscow-based club is the oldest in Russia, founded in 1909.

It is not known his present condition.

Teenager Zaborovskiy is believed to play for one of the club's youth teams.

The club's first team are playing friendly matches in Russia.

The season had been cancelled due to the coronavirus.

Znamya were 11th in the West Division of the Russian Professional Football League.

In 2016, a Russian footballer was killed by a lightning strike.

Alexey Simonov, 18, died at the scene after a strike on metal goalposts as players crowded in the penalty area during a match in the Altai region of Russia.

Fellow students rushed to his aid shocked to see the lightning had burned his stubble and left his hair standing on end.

Amid the rush to get the wounded to hospital, the body of the dead teenager was left lying in the road.

There can be huge thunderstorms in Russia at this time of year, where the temperature averages nearly 25 degrees and is very humid.