JAMIE REDKNAPP believes Tottenham striker Harry Kane was not sent off because of his 'reputation' as England captain.

Kane was only punished with a yellow card for a studs-up lunge on Andy Robertson, described by a livid Jurgen Klopp as a potential 'leg-breaker'. 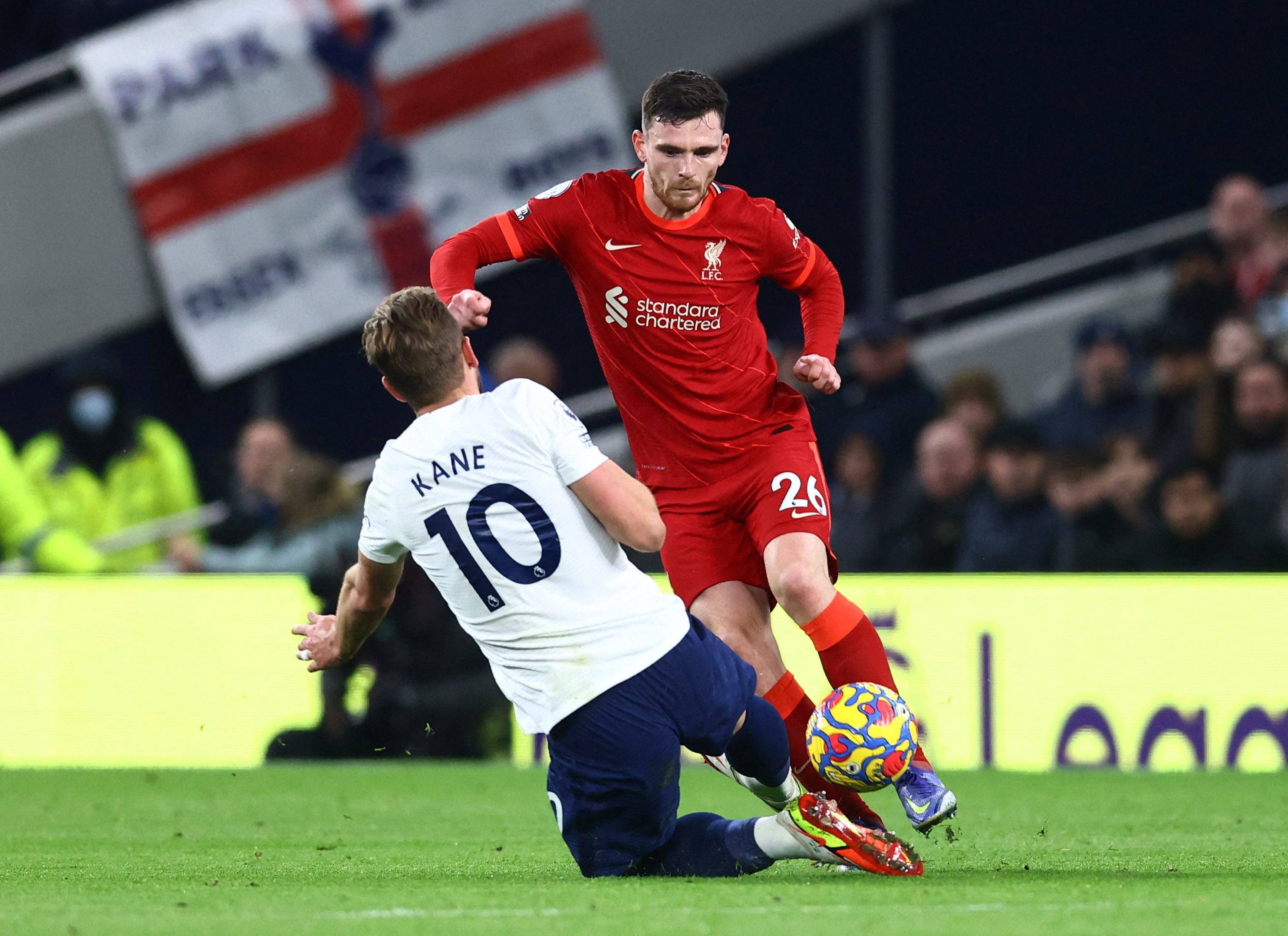 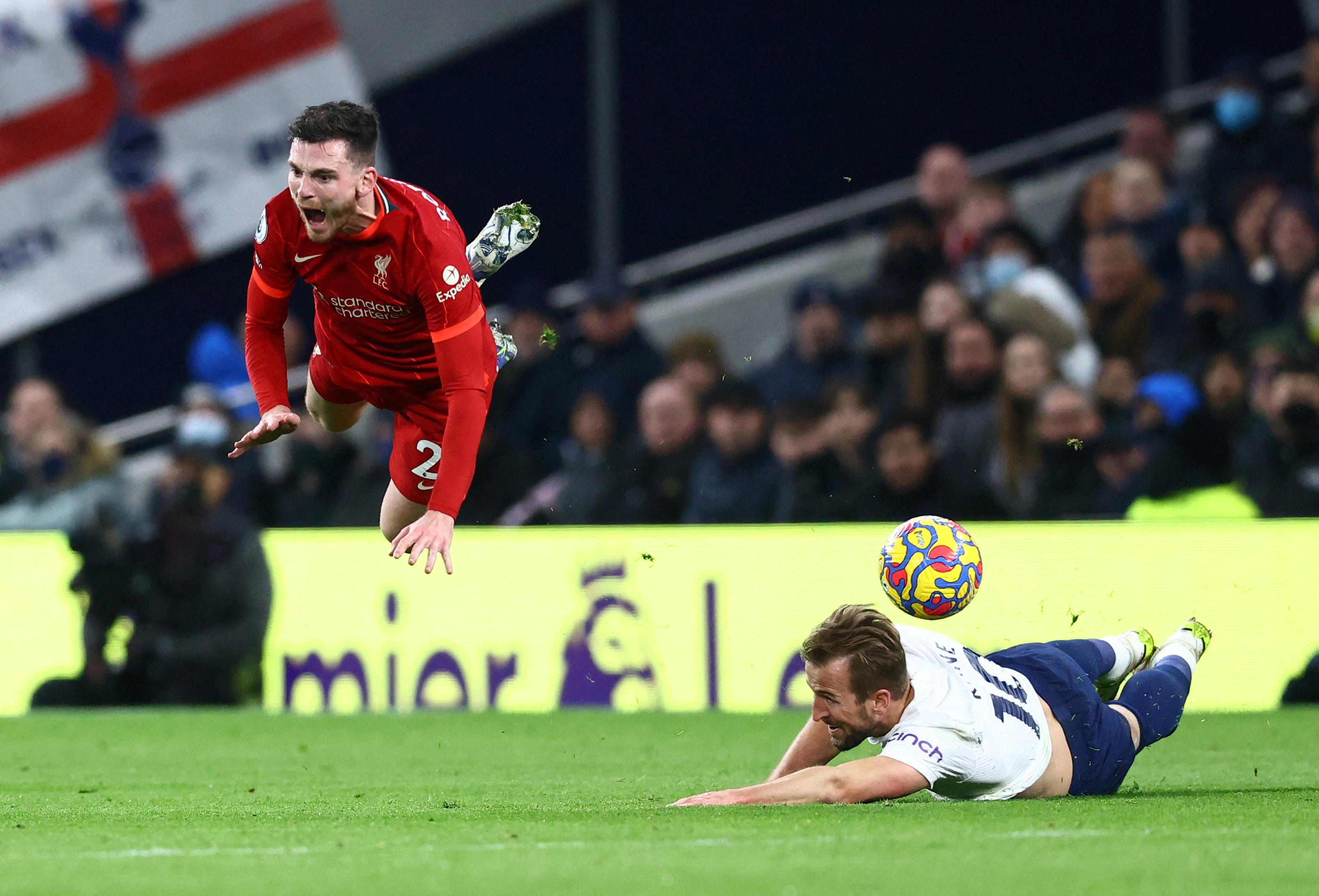 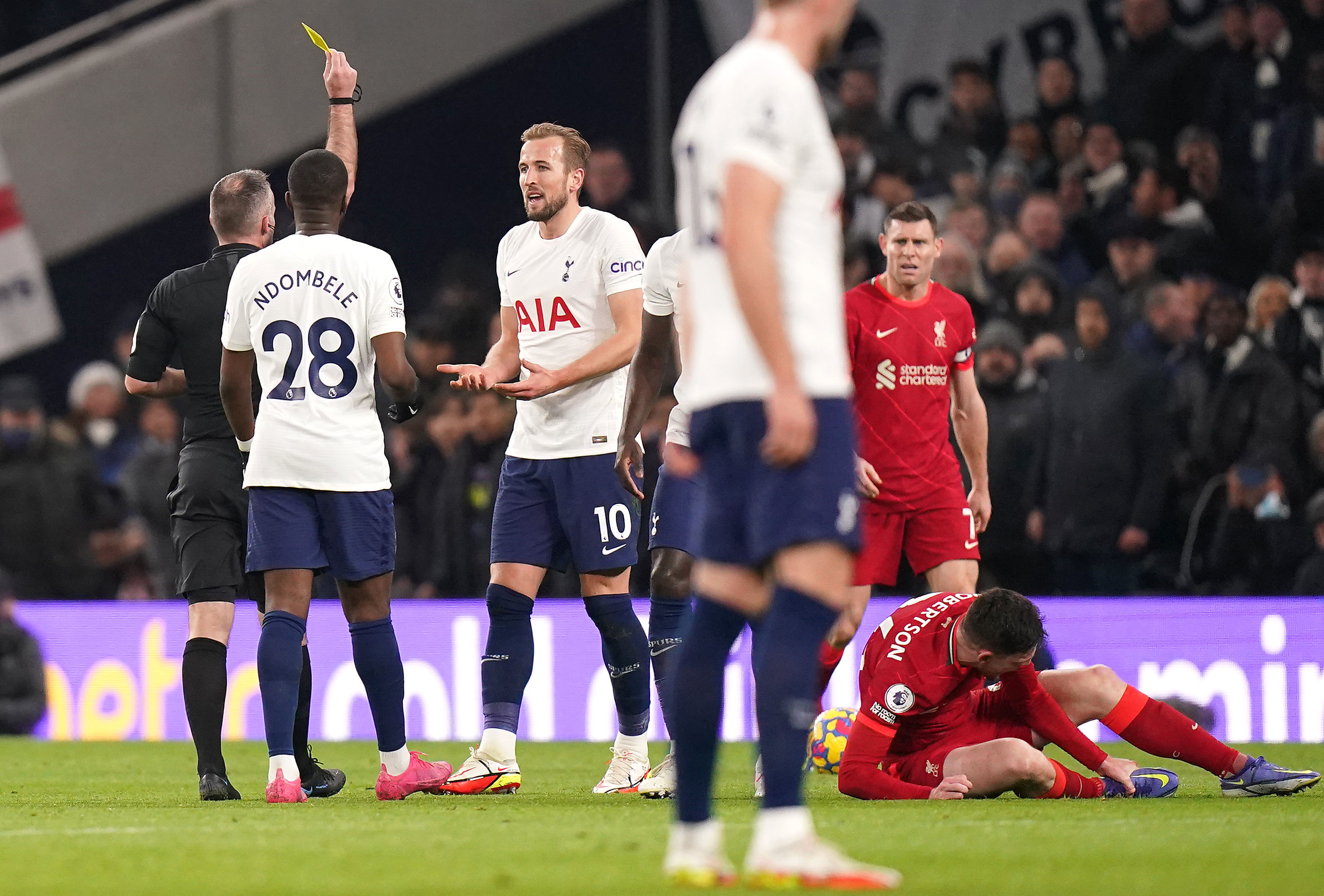 Speaking on Sky Sports after the thrilling 2-2 draw, ex-Tottenham and Liverpool midfielder Redknapp fumed: "That is a red card. When you go in and use that amount of force, right now how the game is, he is out of control.

"If Robertson's foot is on the floor he snaps his leg. It is not intentional, he is not that type of player.

"Being England captain, [his] reputation helps a lot."

Jamie Carragher too was baffled as to why Kane was not given his marching orders.

He added: "I don't understand the terminology used. VAR is talking about speed and intensity, Kane is sprinting and lunges in, that is nonsense."

Klopp meanwhile accused Kane of a potential leg-breaking tackle and was astonished that the Spurs superstar was not sent-off.

And he was left raging when Robertson was later dismissed for a foul on Emerson Royal after ref Paul Tierney had been told to look at the challenge again by VAR Chris Kavanagh.

Klopp, who was booked for pitchside protests to fourth official Andre Marriner, said: “It was definitely a red card for Harry Kane.

“You can give Robbo a red card because it was not the smartest challenge but there is no doubt that it was a red for Kane.

“If Robbo’s foot was on the ground it’s a broken leg. It’s pure coincidence that it was in the air and Harry cannot judge that.

“We have VAR sitting there and he thinks to have a look at the Robertson challenge again, which is fine because that is what he is there for.

“But what did he do in the first situation? I thought he might not have been in his office because we all agree that Kane should have been given a red card but the ref saw it differently.”

Yet Kane insisted: “There are going to be strong tackles in a game like this but I was quite surprised to be booked and I definitely wasn’t worried that it was going to be a red.

“When you slow things down it makes it look worse than it really is but that’s what VAR is there for and they checked it and we moved on.”

Klopp was also unhappy that his team were not awarded a first-half penalty when Diogo Jota was pushed over from behind by Emerson Royal.

He confronted Tierney at the final whistle and told him: “I don’t have a problem with referees, only you.

“Anyone who has played football knows you can’t stop there to win a penalty.”

He later added: “Tierney told me that Diogo stopped on purpose to get hit. But that was a very exclusive view because it was a clear penalty yet he decided very quickly that it wasn’t.”

Spurs boss Antonio Conte claimed he had not seen a replay of  any of the contentious issues but was adamant that Liverpool’s second goal should have been ruled out.

He said: “It’s not right to comment on the referee’s decisions but my staff told me that it was incredible that their second goal was not disallowed for a clear handball by Mo Salah.”