HASBULLA and Abdu Rozik made headlines at UFC 267 following a brief brawl at cageside.

The two celebrities have been embroiled in a heated rivalry, which could lead to an MMA bout that is being planned by Chechen fighter Asxab Tamaev. 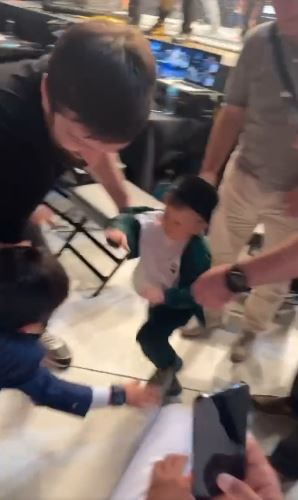 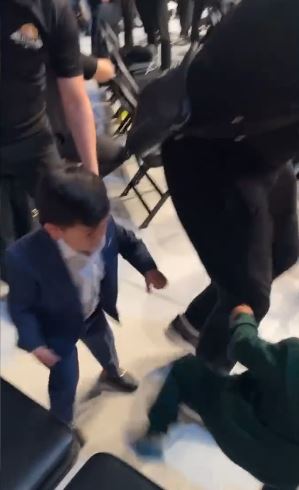 Hasbulla is a Russian blogger and TikTok star who gained a huge following in the MMA community thanks to his close relationship with UFC superstar Khabib Nurmagomedov.

The 19-year-old is also known as General Vgorode and is diagnosed with Growth Hormone Deficiency.

Rozik is an artist from Tajikistan who became famous thanks to his talent that etched his name in the record books as the world's smallest singer.

The 18-year-old suffered from rickets as a child but his parents couldn't get him treated due to financial problems and thus his growth was affected.

Hasbulla, attended the event at the Etihad Arena in Abu Dhabi to support fellow Russian Islam Makhachev, who beat Dan Hooker in the main card.

The social media star met Rozik and the two got into a heated confrontation that required a member of security and a few fans from attendance to separate them.

But the two foes meant business as Hasbulla even managed to land a kick on the singer during the melee.

The teenager made his presence known on Saturday as he also punched UFC legend Daniel Cormier in the face.

Former two-division champion Cormier went over to speak to Hasbulla during a break between fights.

And DC found himself on the receiving end of a friendly punch to the face.

The 42-year-old filmed his encounter with Hasbulla, in which he asked: "Are you the champion?"

After nodding and saying 'yes' he cheekily tapped the American bruiser's face with his right fist.

Cormier shared the short clip on his Twitter account, saying: "Can’t believe I dropped my hands around this guy! I deserved it."

This also comes after Jake Paul revealed he will have Hasbulla as his coach for the upcoming boxing fight against Tommy Fury on December 18.

Paul used that as a response to news that Tommy will be coached by his brother and undefeated lineal heavyweight champion Tyson Fury.