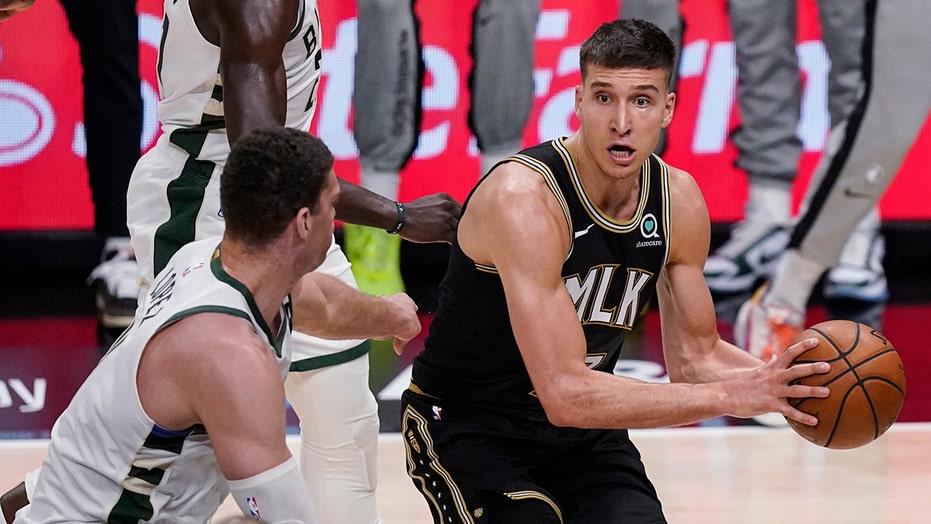 No Trae Young, no problem for the Atlanta Hawks.

Atlanta relied on Lou Williams and Bogdan Bogdanovic for the entire game. 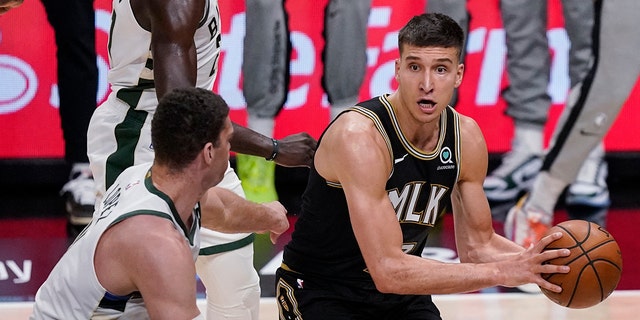 Clint Capela also left the game toward the end of the fourth quarter after getting hit in the eye. He was seen walking back to the locker room bracing his face.

The Bucks had a tough shooting night made even tougher by the loss of Giannis Antetokounmpo.

“The Greek Freak” left the game in the third quarter with a hyperextended left knee. The injury looked more gruesome but he was able to walk around on his own power before being ruled out.

He finished with 14 points and eight rebounds. 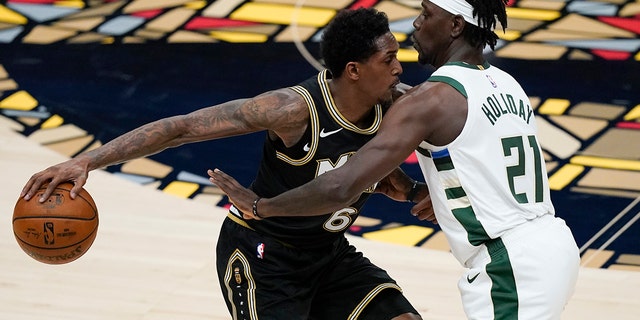 Atlanta Hawks’ Lou Williams (6) keeps the ball away from Milwaukee Bucks’ Jrue Holiday (21) during the first half of Game 4 of the NBA basketball Eastern Conference finals Tuesday, June 29, 2021, in Atlanta. (AP Photo/Brynn Anderson)

Jrue Holiday led the Bucks with 19 points and Khris Middleton had 16.

Atlanta announced before the game that Young would not play due to a bone bruise on his foot.

Young briefly exited Game 3 when he injured his ankle stepping on a referee’s foot. He went down and was complaining about the play. He would later return in the fourth quarter, but the Hawks would lose the game, 113-102.

According to ESPN, the star guard “exhausted every avenue” to try and play but his mobility was limited.

Game 5 between the two teams will be played on Thursday night in Milwaukee.