EDEN HAZARD has told Paul Pogba he wants to play alongside him at Real Madrid.

Hazard completed his £150million move to the Bernabeu from Chelsea this week to finally seal the move he had dreamed of since a child. 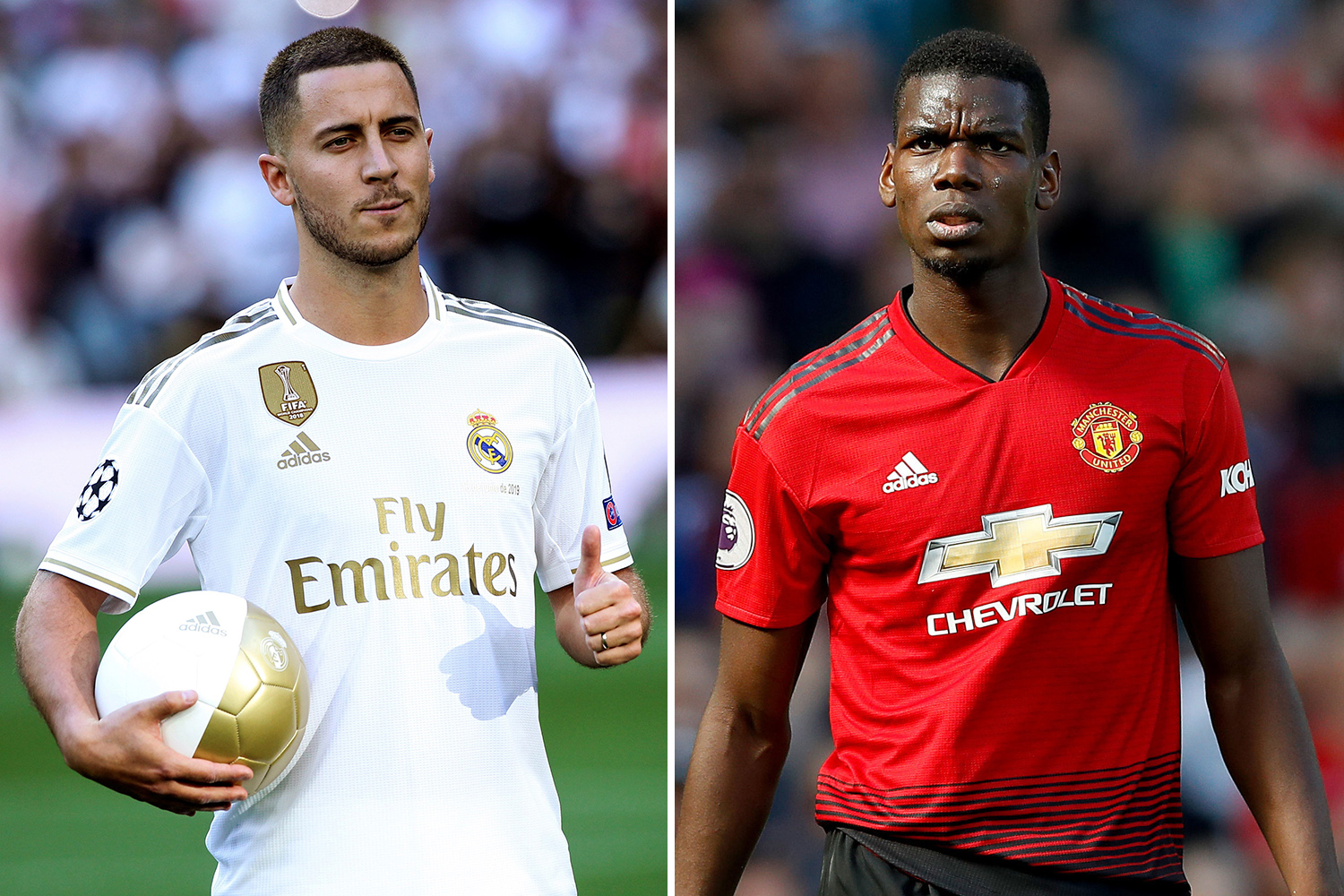 It took a year for the Belgian international to finally get his way and swap Stamford Bridge for life in the Spanish capital.

And now he wants one of his old Premier League rivals to join him in Madrid in the shape of Manchester United star Pogba.

Real are trying to tempt United into selling their star midfielder this summer as Zinedine Zidane embarks on a major overhaul of his squad.

While his bosses at the Bernabeu have suggested Tottenham's Christian Eriksen, Zidane is said to be hell-bent on pushing through a £150m transfer for Pogba.

And at his unveiling in front of 50,000 fans yesterday, Hazard was asked about the prospect of sharing the dressing room with Pogba and other club target Kylian Mbappe.

He said: "I want to play with the best, and those you mention are the best.

"But it’s not for me to say about transfers."

United look to be approaching decision time about what to do with Pogba, with boss Ole Gunnar Solskjaer needing to get his own plans in place for the new season as soon as possible.

Old Trafford bosses are split on whether to keep the 26-year-old and build a team around him, or cash in and use the money to help assemble a new-look team next season.

Pogba claimed this week he gets criticised unfairly because there is so much expectation on him because of the size of his £89m then world-record fee.

But doubts over whether his antics in the dressing room and away from the club are a distraction remain and Solskjaer has made no secret of wanting the right characters in his squad going forward.

Real are expected to come in with a formal offer now they have wrapped up the Hazard deal, but they may not have it all their own way.

Former club Juventus have now made a move, with sporting director Fabio Paratici making contact in London this week about a deal to take him back to Turin.