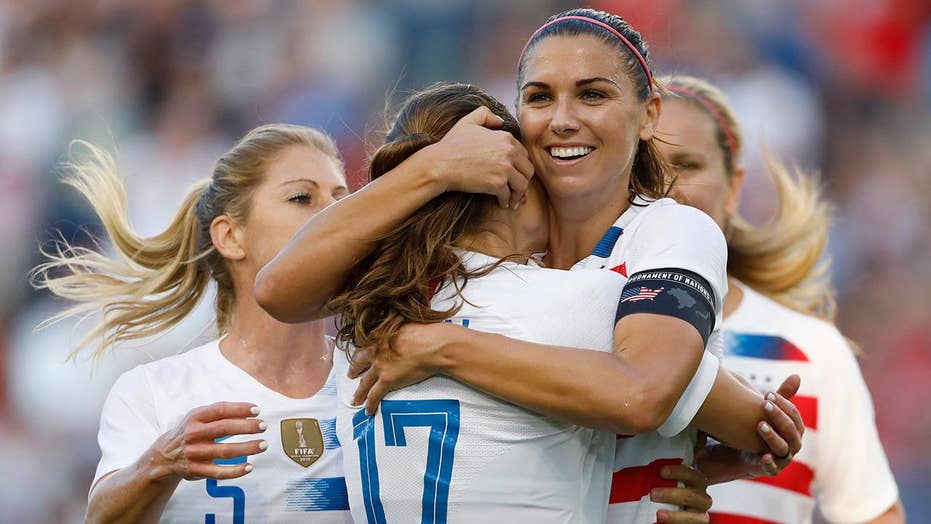 Carley Shimkus sits down with players from Team USA ahead of the Women’s World Cup in France.

While the U.S. women’s national team is just hours away from playing Thailand in its first Women’s World Cup game, the most talked about player might not even be on the team.

Goalkeeper Alyssa Naeher and midfielder Julie Ertz fielded questions Sunday about former goalkeeper Hope Solo – who was in goal for the U.S.’ 2015 Women’s World Cup victory. Solo had been critical of U.S. coach Jill Ellis and called her a poor leader who “cracks under pressure.”

Naeher and Ertz told reporters they had been off social media and hadn’t seen Solo’s comments, according to Yahoo Sports. Ertz said it was annoying her teammate couldn’t escape questions about Solo and her legacy.

“No one’s just given her time yet. We know who she is. We train with (Naeher) every single day. We know how good she is,” Ertz said of her teammate.

Naeher, who was also on the 2015 World Cup roster, praised Solo for the legacy she left in women’s soccer.

Solo made her critical comments about Ellis during an interview on BBC’s Football Daily podcast. She questioned Ellis’ leadership despite saying her relationship with her coach was “good.”

“Jill – she’s not the leader I wish her to be,” Solo said. “She relies heavily on her assistant coaches. She cracks under the pressure quite a bit. But oftentimes it doesn’t matter, because the quality of the players on the U.S. team is superb.”

The U.S. kicks off against Thailand in the first match of group play Tuesday.