PREMIER LEAGUE new boys Leeds could have a drastic new look ahead of the new season.

Marcelo Bielsa's side have already splashed the cash on club record signing Rodrigo and they have also been linked with German icon Julian Draxler. 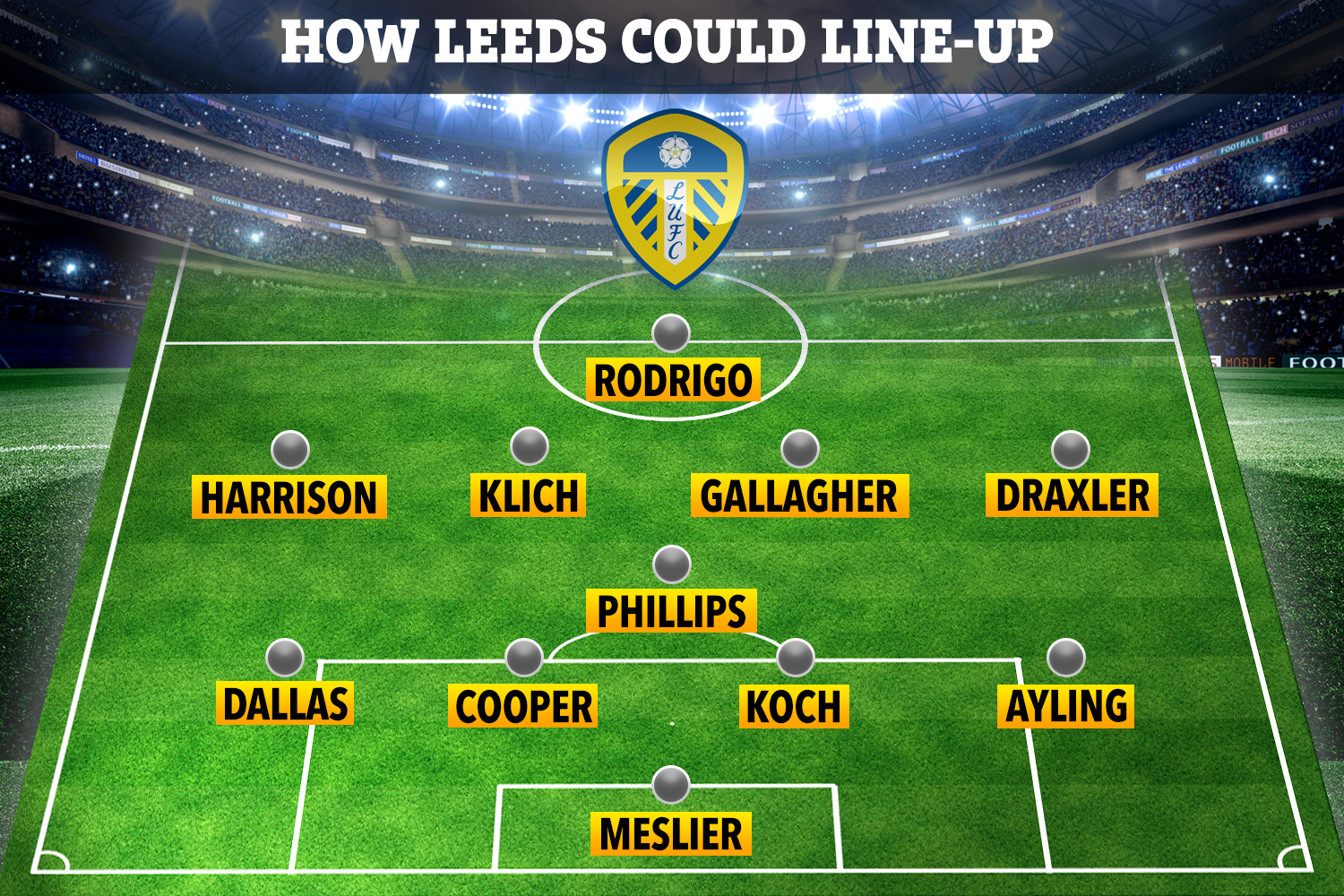 The Argentine maverick boss will still have a battle on his hands to keep Leeds up but with continued investment it could become a reality.

The Whites made goalkeeper Illan Meslier's loan move permanent earlier in the window and he will start in goal.

Koch was bought in for around £13million from Freiburg.

England new-boy Kalvin Phillips is a dead-cert to start when fit in a defensive midfielder role.

Chelsea youngster Conor Gallagher has been linked with a loan move to Elland Road and could lineup alongside Mateusz Klich in the middle of the park.

Left winger Jack Harrison has been signed on yet another season-long loan from Manchester City.

While the other flank could be occupied by 53-cap German international Draxler.

Leeds are reportedly plotting an audacious move for the 26-year-old and are said to have already made contact.

Draxler currently earns £120,000-a-week at Paris Saint-Germain and it seems he would have to lower those demands if he were to join a new club.

If he does make the move to Yorkshire, the wideman could be providing assists for new Spanish striker Rodrigo who has been compared to Robert Lewandowski by his international team-mate Thiago.