A HUGE crash at the start of the Tuscan Grand Prix left Romain Grosjean asking: "They want to kill us or what?" 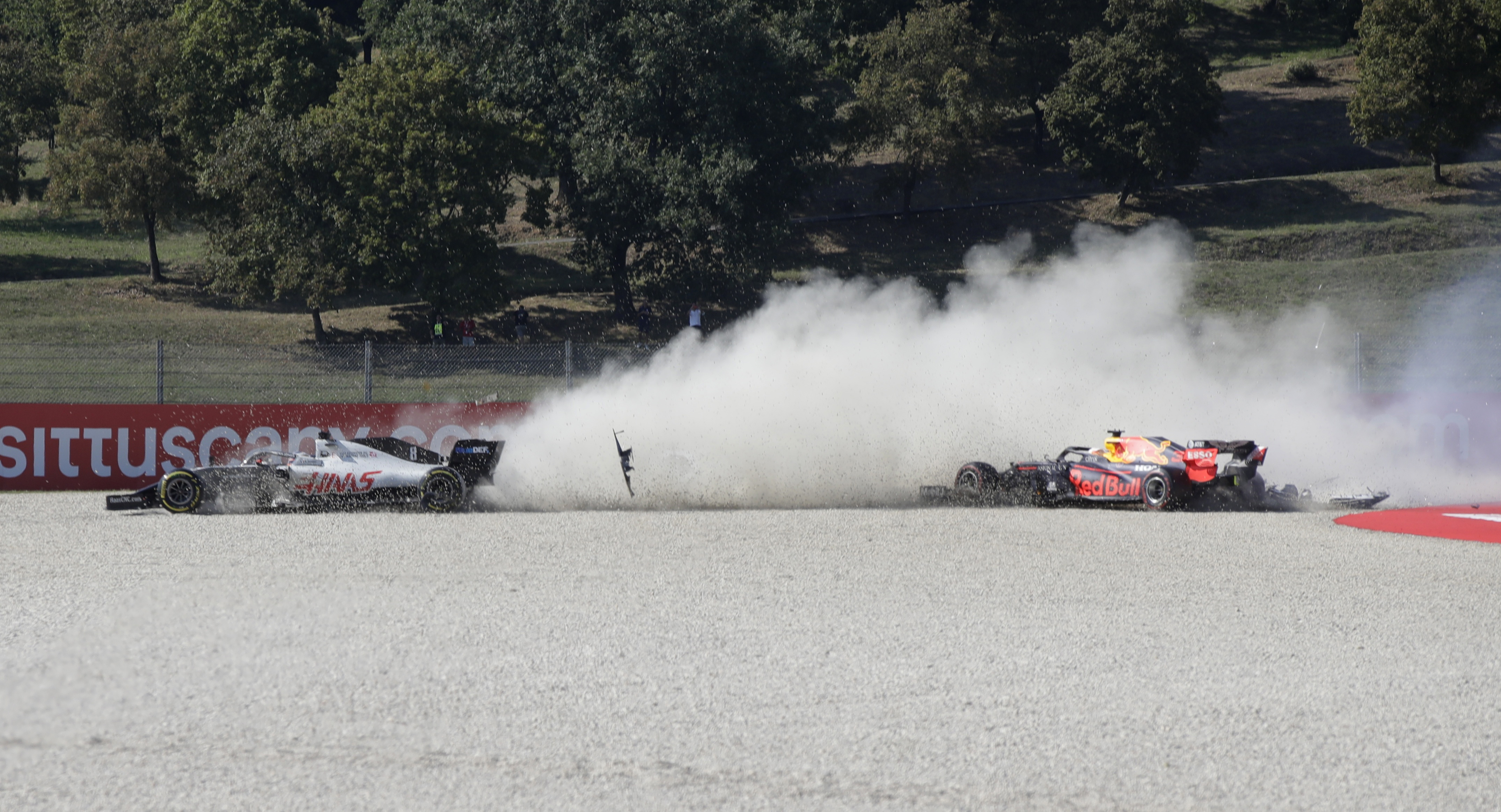 The race lasted just two corners before being placed under a safety car.

A collision eliminated Max Verstappen and Pierre Gasly and Valtteri Bottas managed to take the lead.

Bottas decided to slow the race down and began to weave down the straight.

The cars towards the back accelerated while the drivers at the front kept at a slow pace – which caused a huge pile-up.

Latifi smashed into Sainz before all four cars were out of action.

After the incident, Haas driver Romain Grosjean described the incident as the worst thing he had ever seen.

Speaking over the radio after the incident, Grosjean said: "That was f****** stupid from whoever was at the front.

"They want to kill us or what?

"This is the worst thing I have seen ever."

All four of the drivers managed to get out of their cars band the F1 said they are "seemingly ok".

Sainz said: "By the time I saw everything it was too late – it was a big crash.

"The main thing is that we are all ok."