DOMINIQUE WOODING always knew he'd become a world champion – but that belief had to go head-to-head with a prolonged period of self-doubt before he got his hands on Cage Warriors gold.

The soft-spoken but lethal Wooding claimed the vacant 135lb title in September with an emphatic third-round stoppage of Next Generation's Nathan Fletcher at Cage Warriors 127. 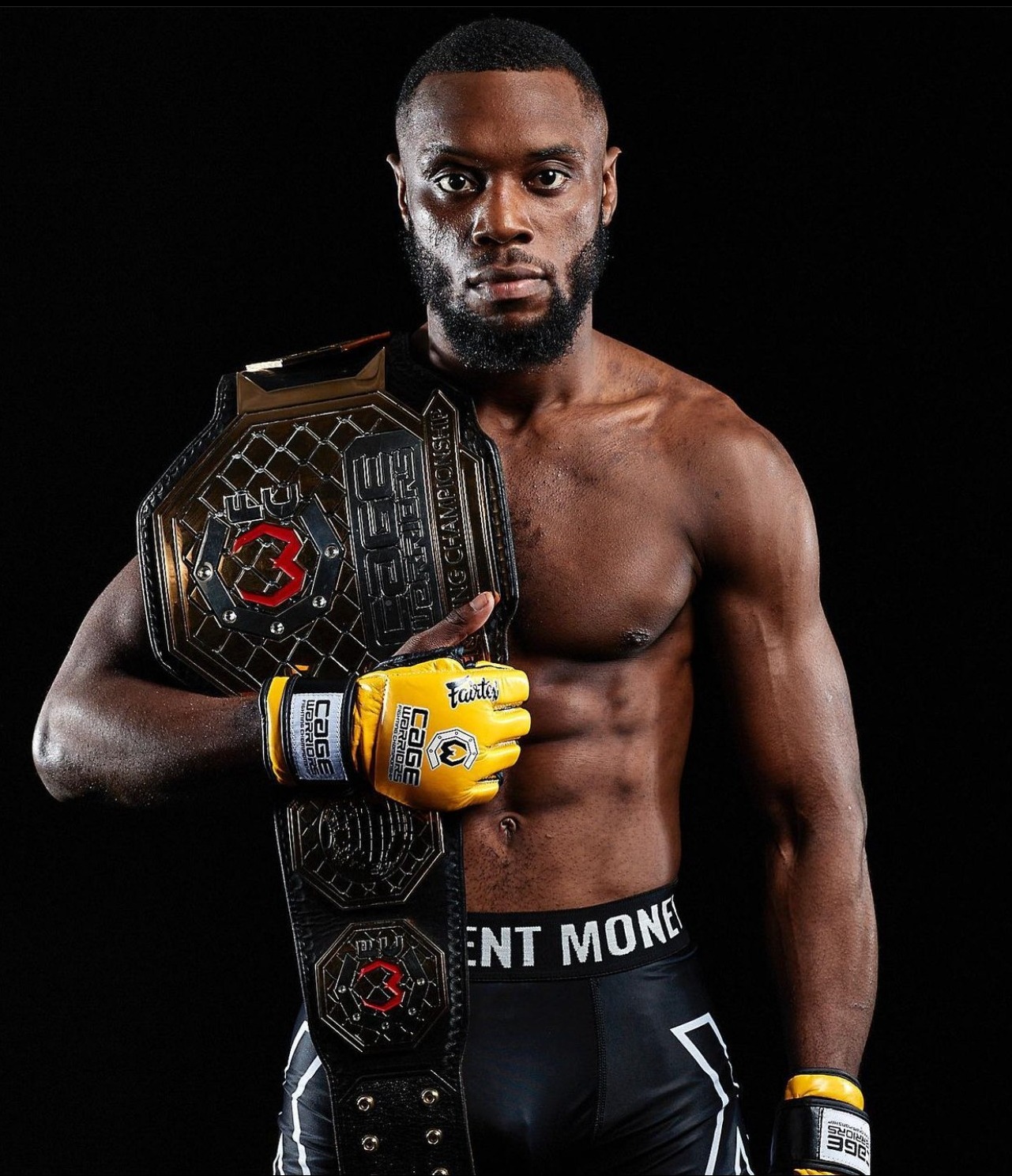 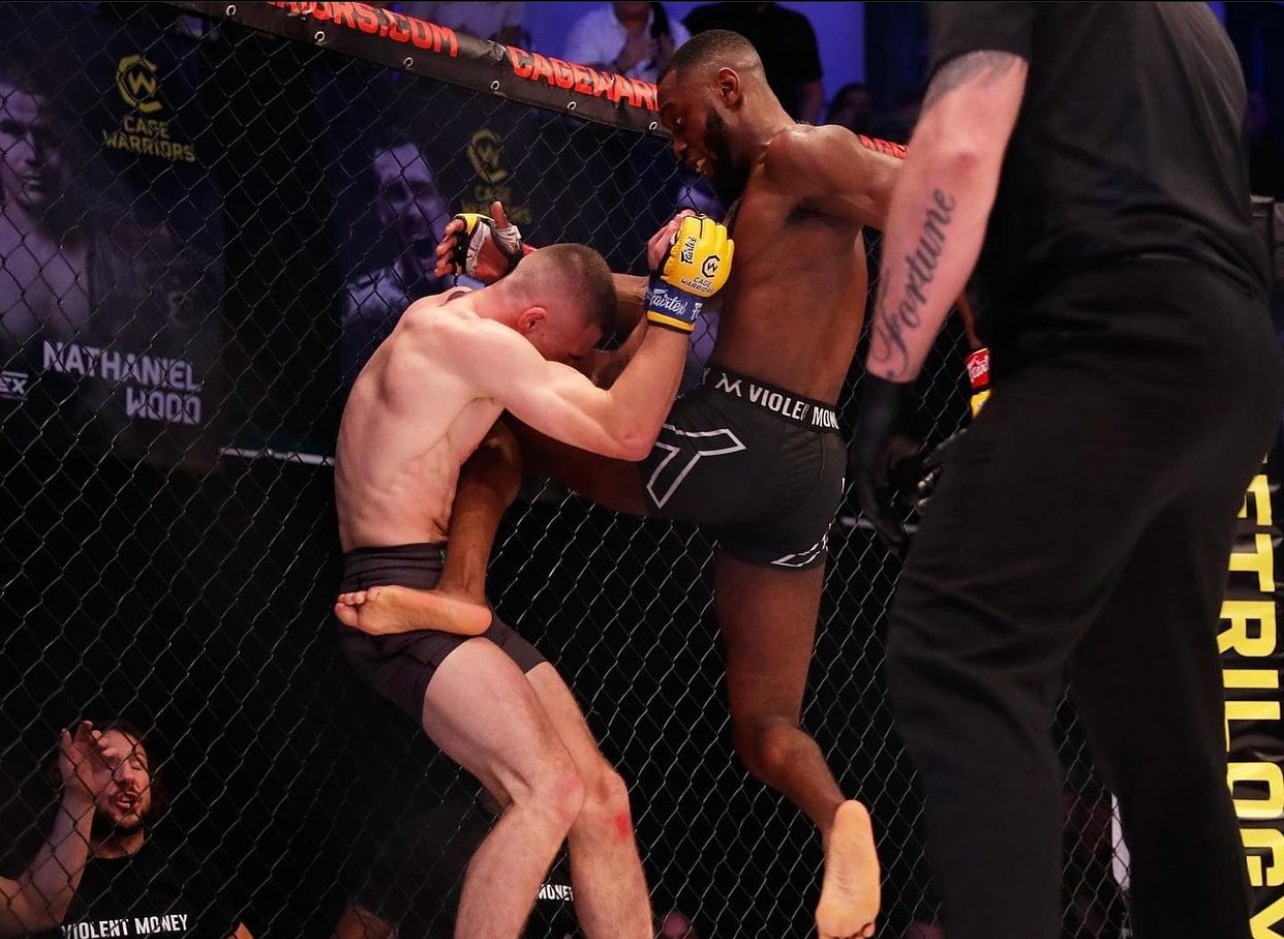 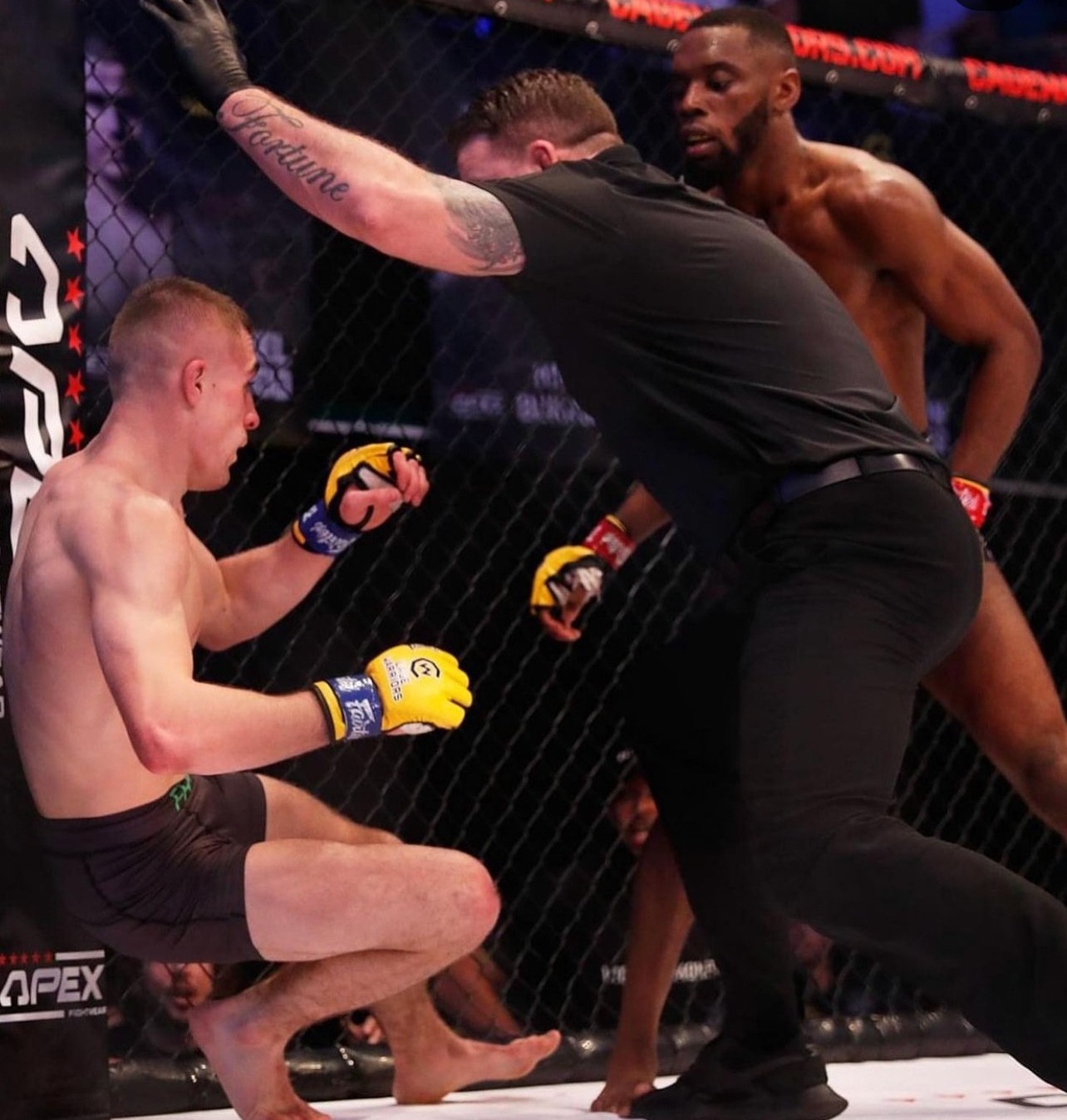 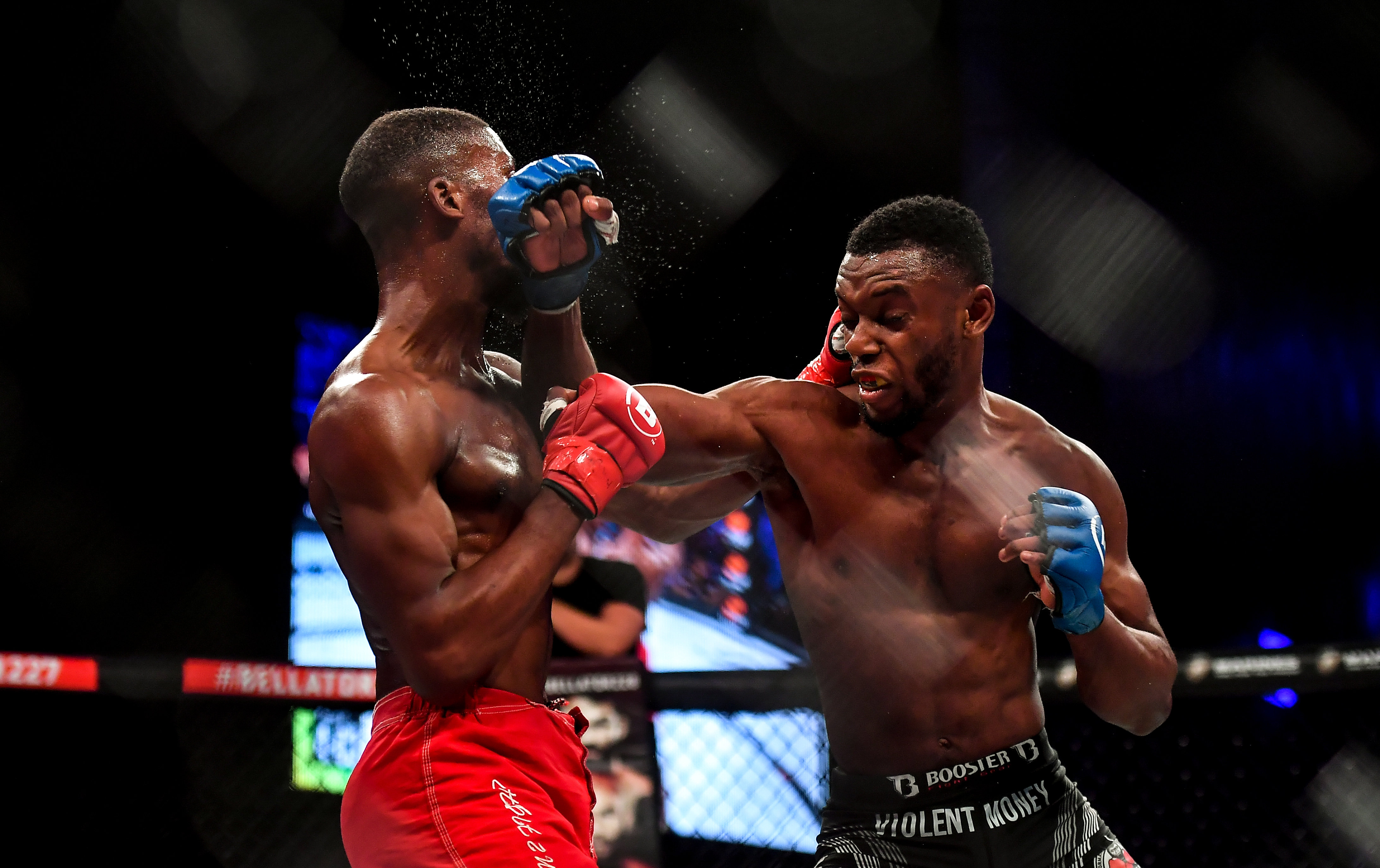 Victory over the previously undefeated Fletcher completed a remarkable turnaround for the Londoner, who entered the promotion on the back of an unsuccessful stint in Bellator.

And The Black Panther admits that two-fight skid made him question his capabilities.

The Violent Money ambassador told SunSport: "Coming off of two losses in Bellator, obviously, that's gonna affect the way you think and the way you feel going forward.

"We're all humans, we all have doubt at times. There's no such person or human alive that doesn't have doubt.

"Especially going through that little storm of two losses."

Unfortunately for Wooding, a Covid-enforced layoff prolonged the battle going on in his head.

The 25-year-old said: "The thing is, those two losses were long because my first loss in Bellator was in September 2019 and then Covid came around and I had to wait over a year to fight again.

"I just felt very lost at the time, especially after that second loss. Disbelief, obviously, creeps in a bit. The belief was still there, but it didn't feel as strong as when you're on a high."

The restoration of Wooding's self-belief was in part down to the wholesale changes he made to his approach to the sport.

He said: "I knew I would see better days, but the only way I was gonna see that was by making changes. And that's what I had to do. 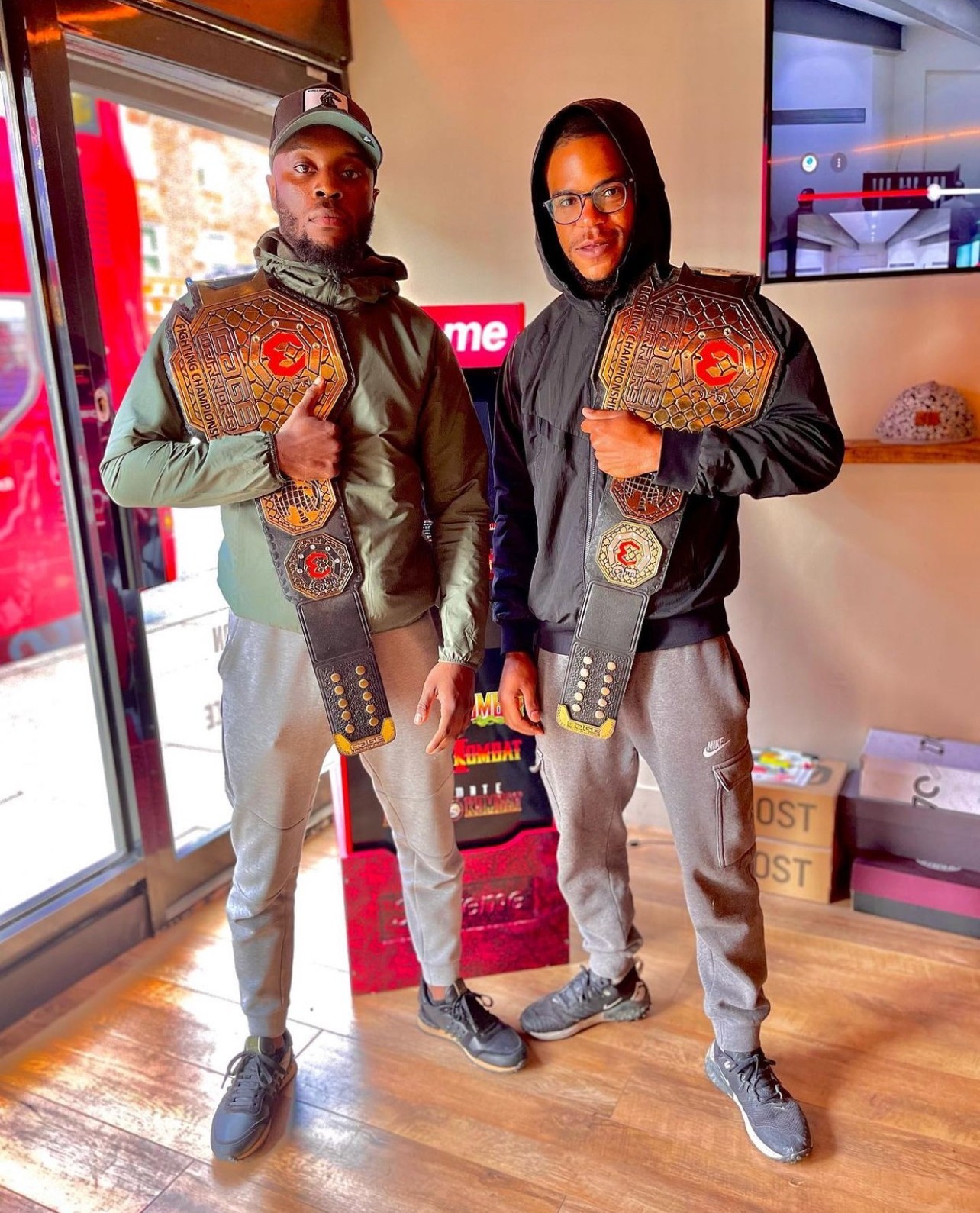 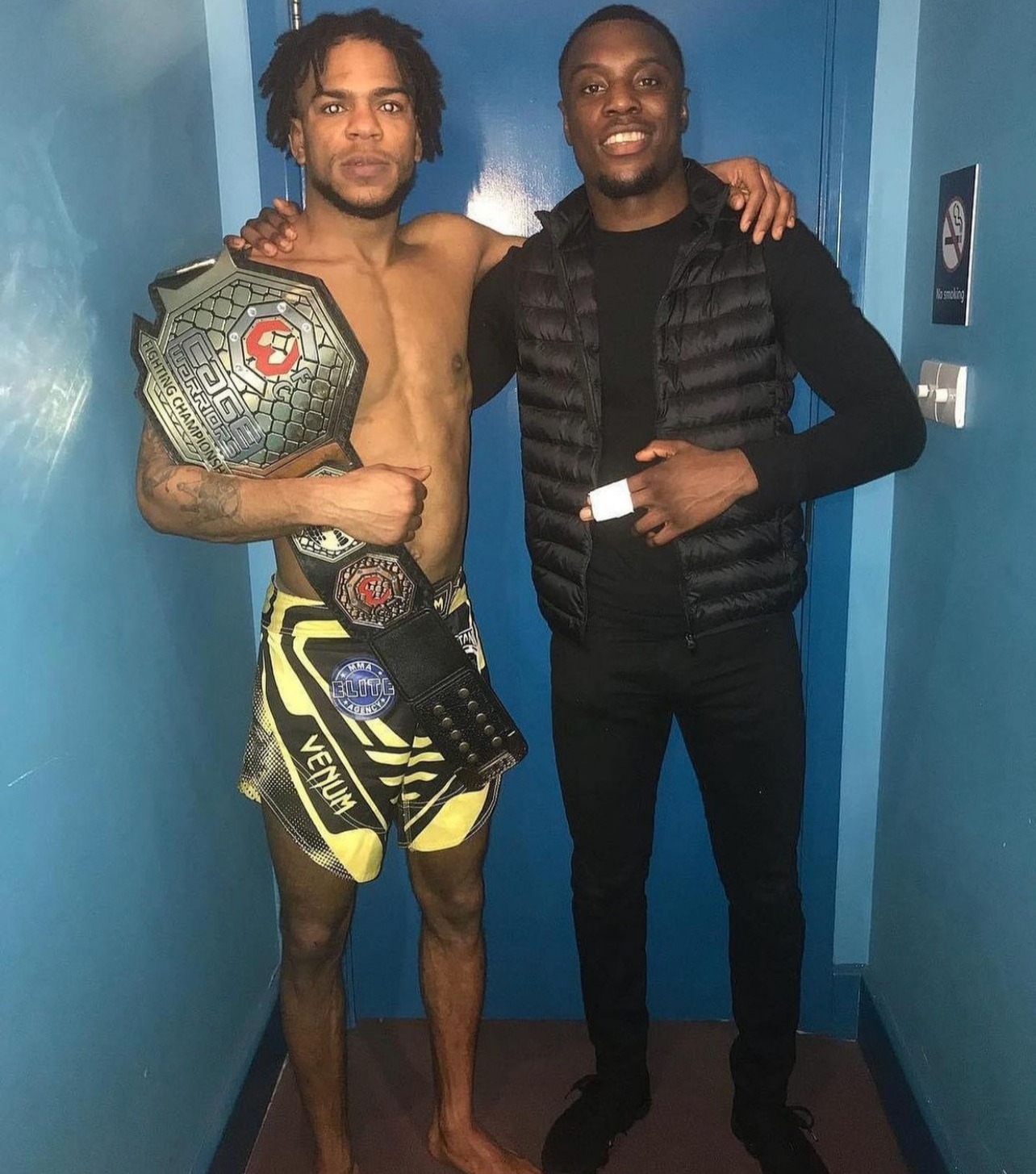 "Especially Nathan Greyson, he's been there since the beginning. And he's helped out a lot. He helped me make that shift.

"And since I've made that shift, a lot of good has happened to me. So I just want to maintain that, keep my head down, keep grafting, keep focused and keep just keep working. The results will come."

The results did indeed come for Wooding, who showed no sign of self-doubt in his 69-second demolition of Cameron Hardy at Cage Warriors 124 in July.

And the subsequent spectacular victory over Fletcher proved he was right to maintain belief in his skill-set.

"Because I thought they were gonna give me one more fight and then give me the title shot then. So it came a lot sooner than expected. But it was better for me."

Wooding was calmness personified as he made his way to the cage for his first crack at Cage Warriors gold, something he couldn't say of Fletcher.

The Londoner said: "When I entered the cage, I could see the moment got to him. Because he's never been in that position before. 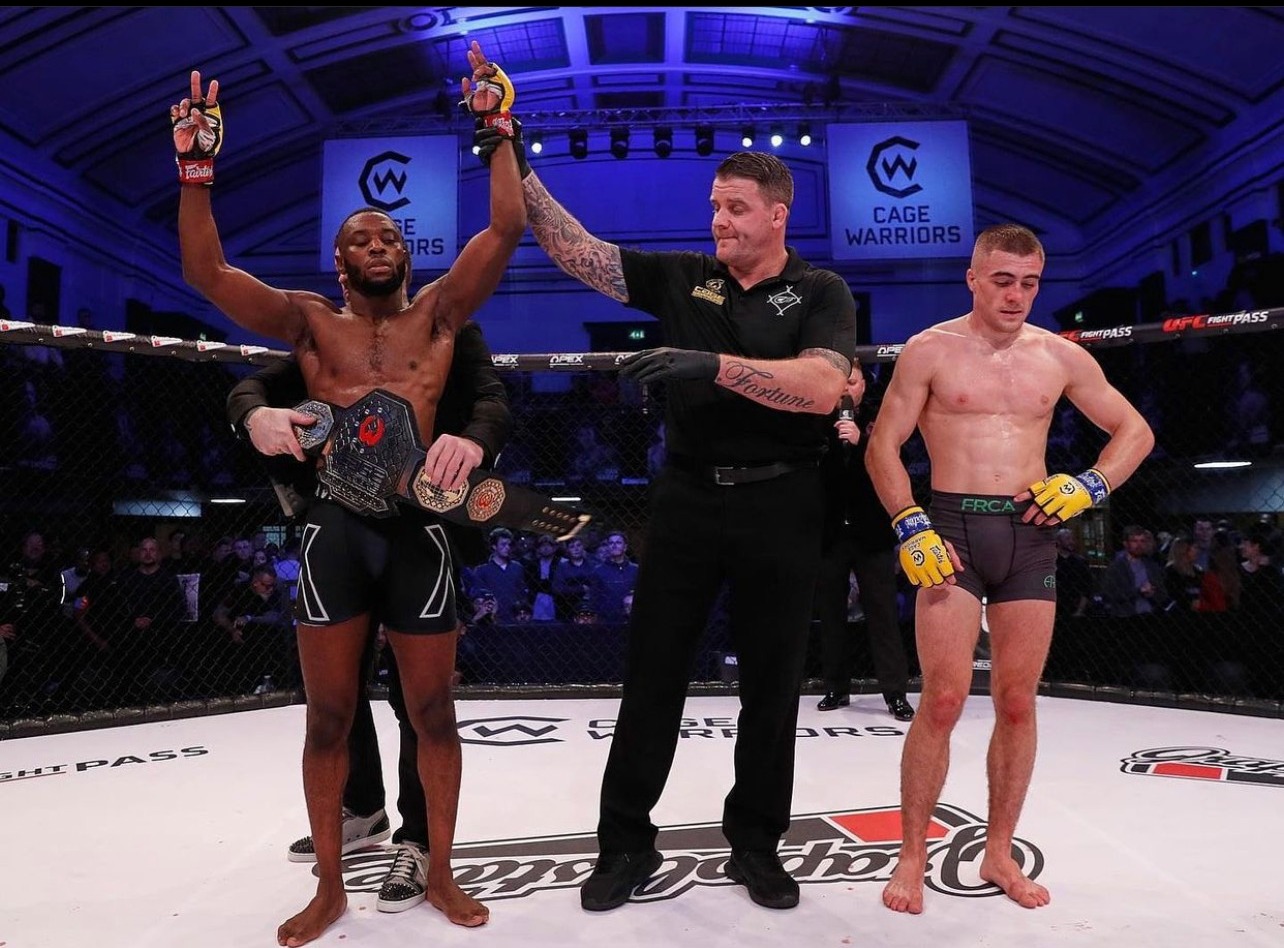 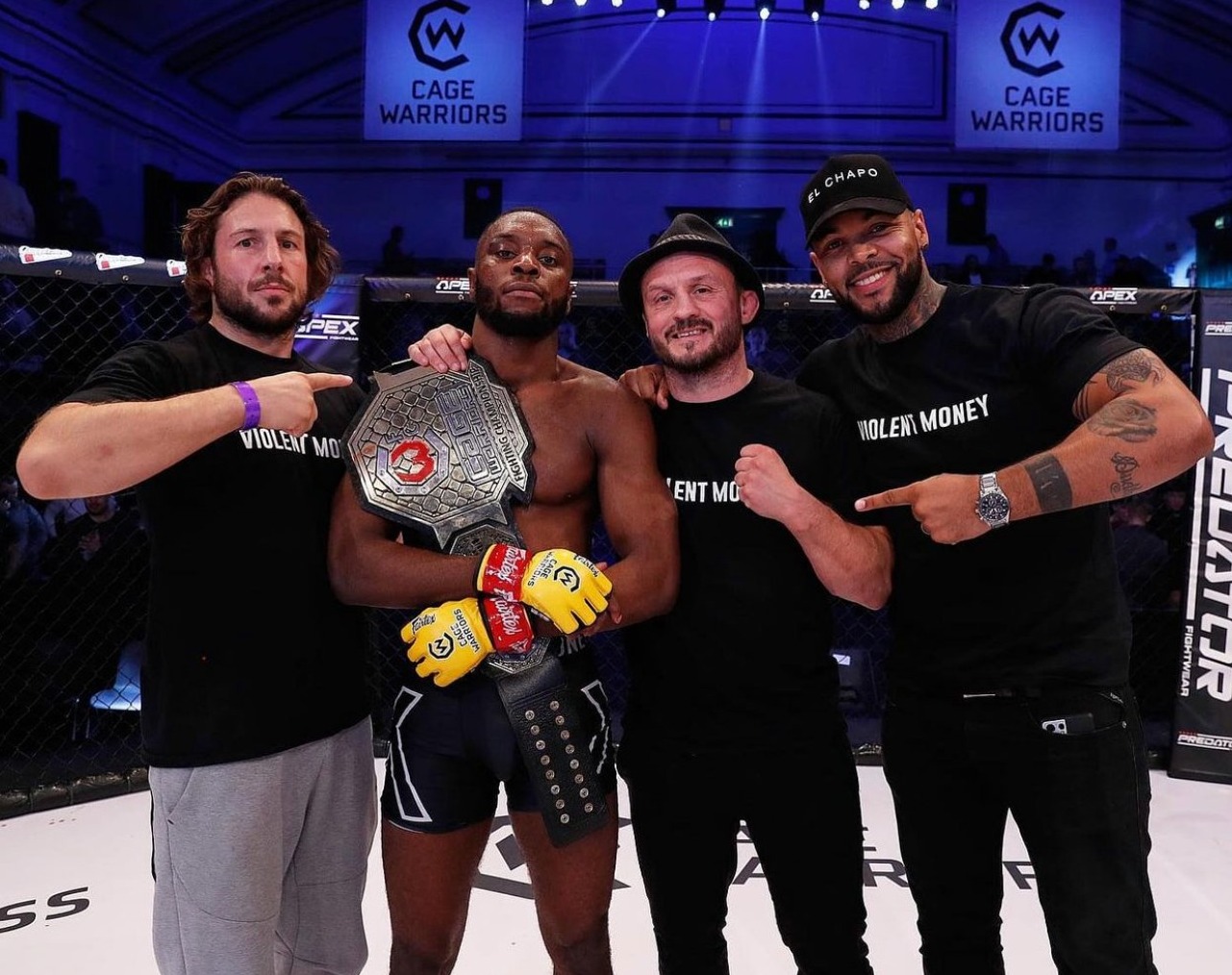 "I've fought for a world title before, he hasn't. He was undefeated and he was obviously confident thinking he was going to come in there and smoke me within two rounds.

"Obviously his team and guys like Paddy Pimblett were blowing smoke up his a**e. So he was going to believe his own hype. But I've been there and done that. My record shows that.

"He even got Paddy to speak for him at times. That was just showing me that you can't even own this moment yourself. And it was also giving me subtle tells that you ain't ready for this."

Although the manner in which he finished Fletcher was emphatic, Wooding believes they will cross paths again.

The Great Britain Top team bantamweight said: "He'll learn a lot from that fight, 100 per cent. I've got no doubt about that.

"I even told him after the fight, 'We will see each other soon.' But I believe that will be in the UFC."

Wooding will look to make the first defence of his bantamweight throne on December 11 at London's famed York Hall.

An opponent for his maiden title defence, however, has yet to be announced.

And should he retain his newly-acquired belt in spectacular style, Wooding reckons a call from the UFC could soon follow.

He said: "I wouldn't be surprised if I go into my next fight and I win devastating fashion that there's a [UFC] contract on the table right after. 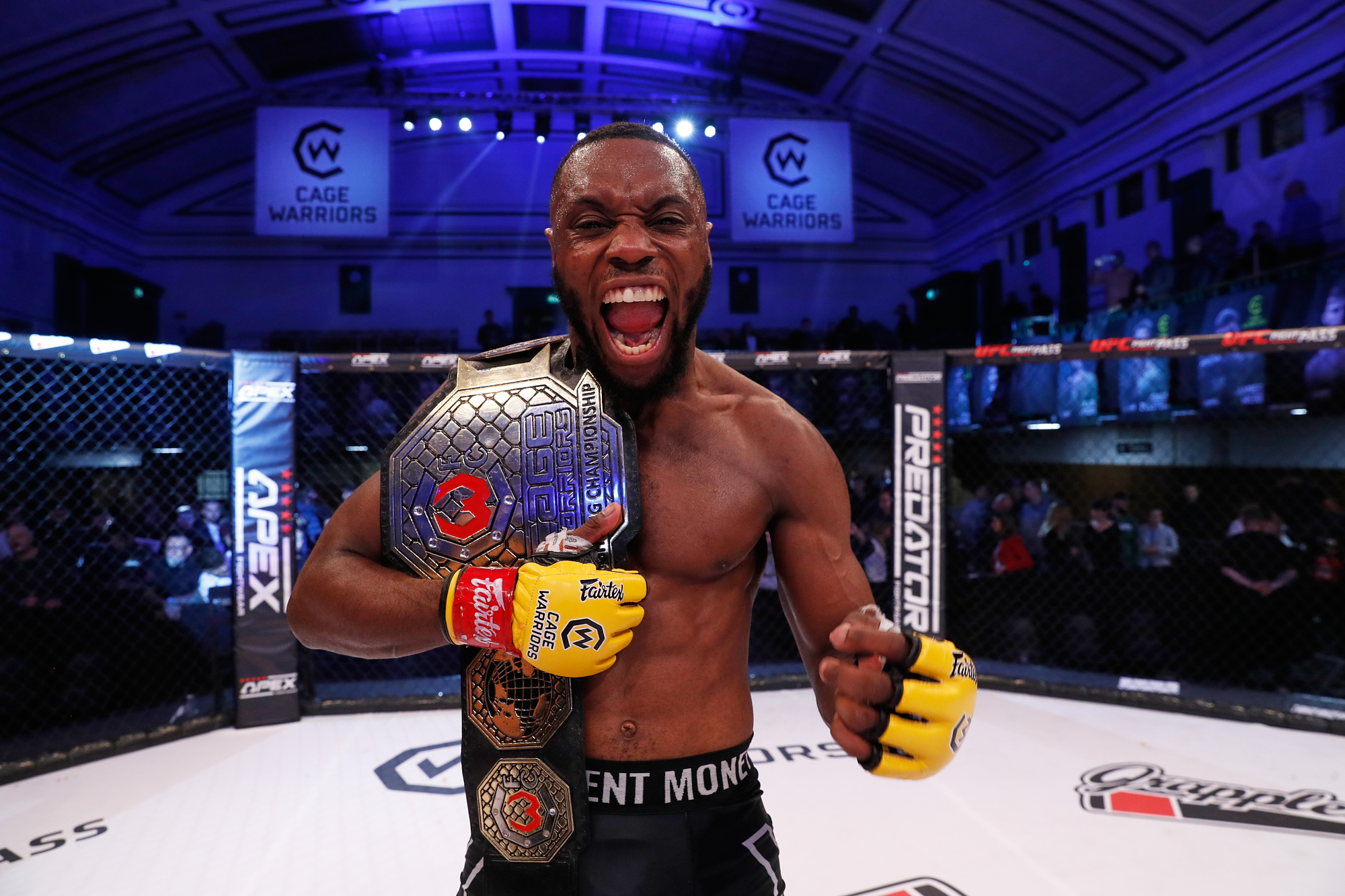 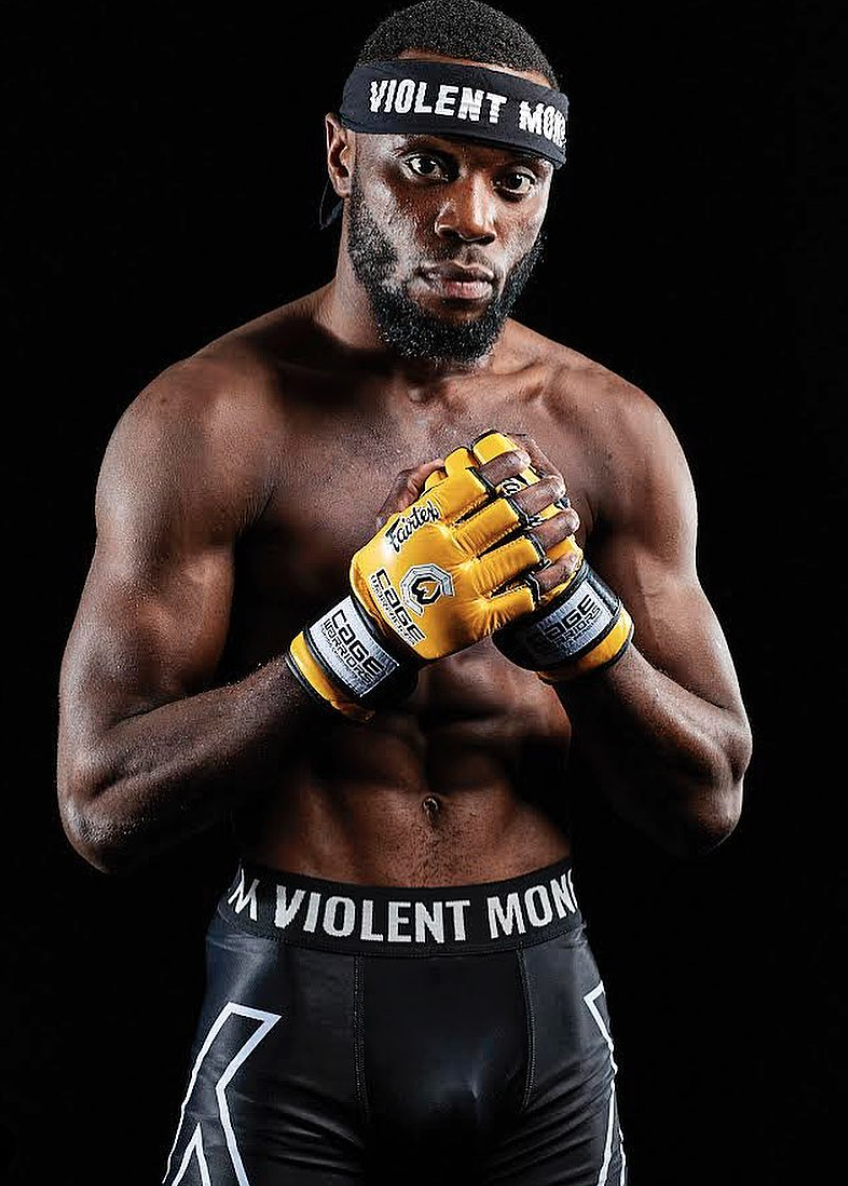 "I would not be surprised because every time I finish a fight it's a statement. I don't do no TKOs, none of that. I put people out of their misery.

"Every time I fight and make a finish, it's a statement. My finishes are just not normal. It's hard to tell you right now what the future holds.

"Obviously, it would be ideal for me to have a couple of title defences. But say if I go into my first title defence and get an awesome KO and it goes viral again, it's gonna be hard for the UFC to deny signing me and offering me a contract."

Although he firmly believes he's on the radar of the UFC, the down to Earth Wooding is refusing to get excited by the prospect of being signed by mixed martial arts' premier promotion.

That being said, he believes in heart of hearts his name could end up being added to the UFC roster early next year.

Wooding added: "What I will say is don't be surprised if you see in the UFC in the first half of 2022."

Wooding spoke to SunSport ahead of the launch of the Violent Money Academy.Violent Money: They see violence, we see opportunity.