England booked their place in the quarter-finals of the Women’s World Cup with victory over Cameroon but that was just half the story.

It was a match like no other – full of incident, drama and controversy – which left viewers outraged.

England boss Phil Neville said he felt “ashamed” at full-time and described it as a game “that wasn’t football”.

But Cameroon boss Alain Djeumfa said there had been “a miscarriage of justice”. 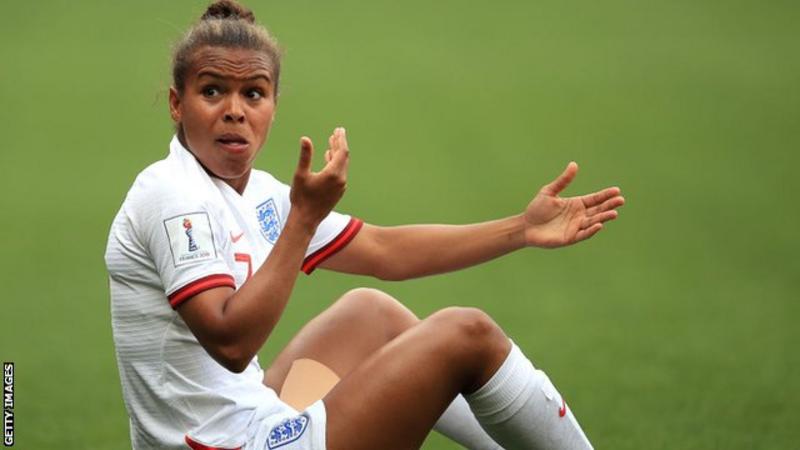 The Daily Telegraph’s chief sports writer Paul Hayward said you could hear the scream of Parris from the stands. 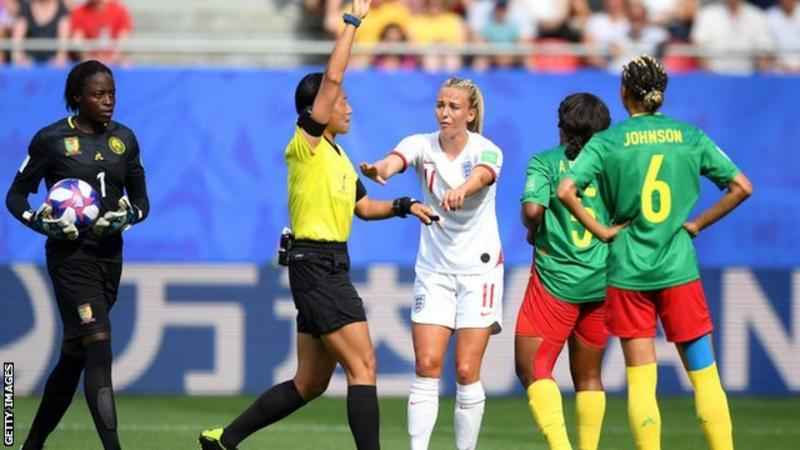 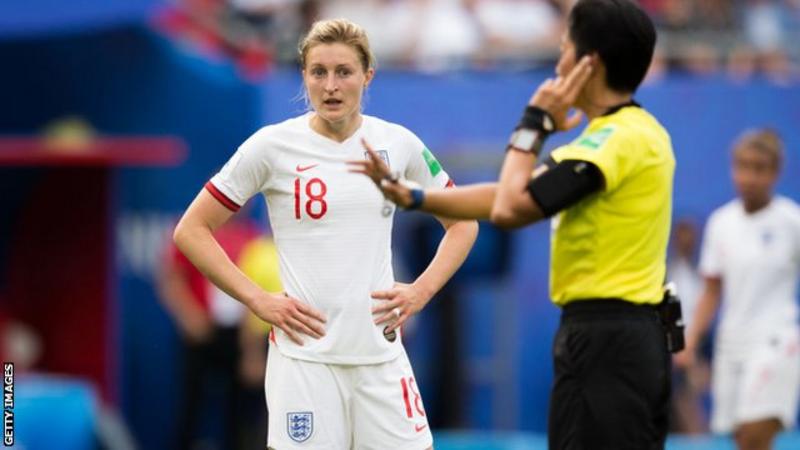 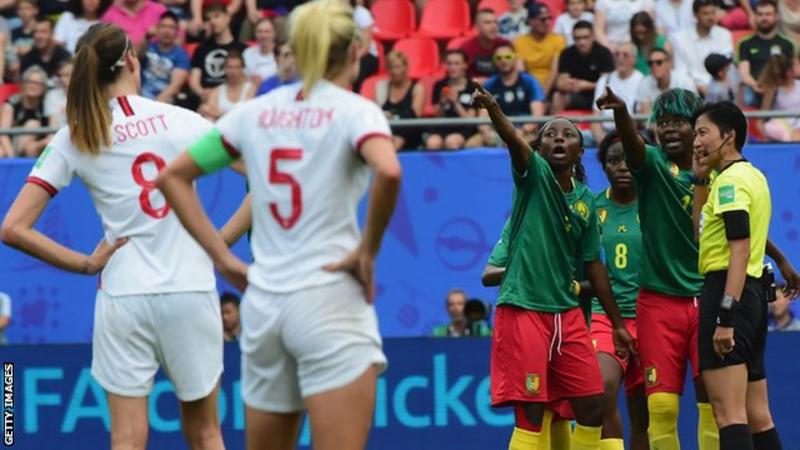 Ex-England goalkeeper Rachel Brown-Finnis reacting on BBC One at the time: “There’s a lot of emotion. If Cameroon take the emotion out of it, they will realise the goal is onside. The freeze-frame was up on the screen inside the ground for about three seconds. Whatever Cameroon’s players saw, they took judgment on it.” 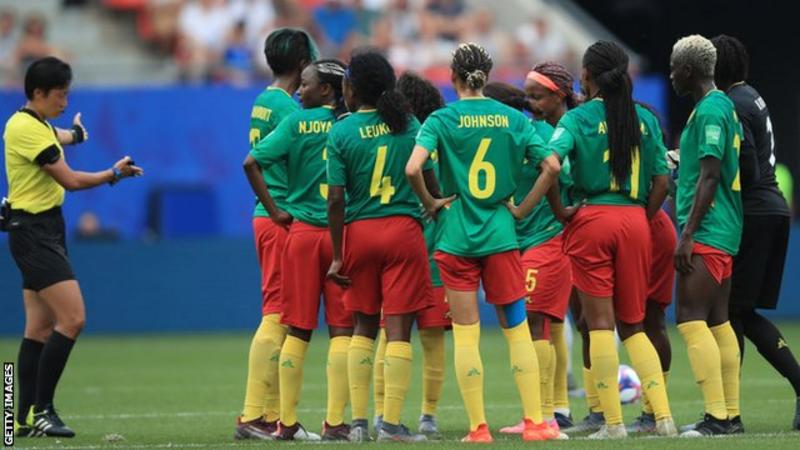 Former USA goalkeeper Hope Solo reacting on BBC One at the time: “Cameroon’s players need to get off the pitch. The manager needs to do something and get his players in the locker room.”

Cameroon gather themselves at half-time and come out strong in the second half. Gabrielle Onguene picks out Ajara Nchout in the box and the midfielder thinks she has scored. However, a VAR review shows Onguene was just offside and the goal is ruled out. 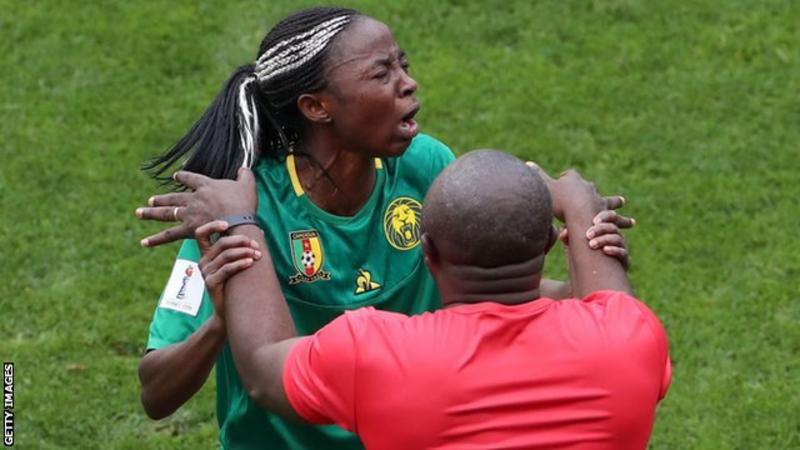 Former England forward Sue Smith reacting at the time on BBC One: “Emotions are high. The manager is trying to calm them down, trying to tell the players they still have a lot of time left in the game. The players keep looking at the screen and when the decision was made the Cameroon players fell to the floor.” 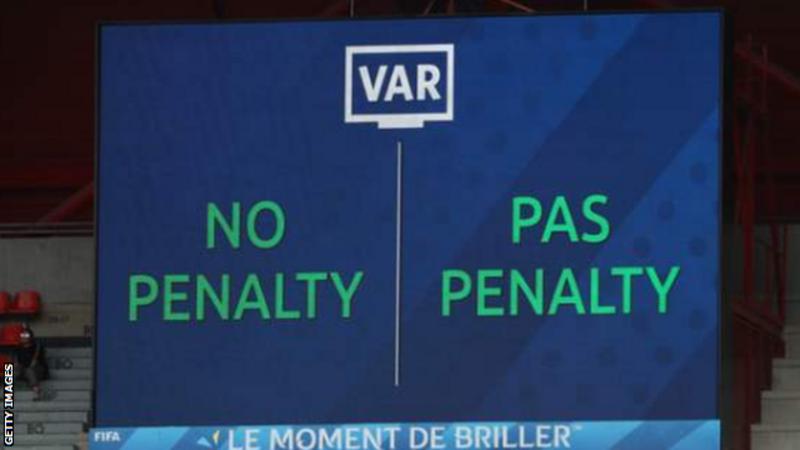 Hope Solo: “I thought the referee had awarded a penalty. Didn’t she have her arm out and was pointing?” 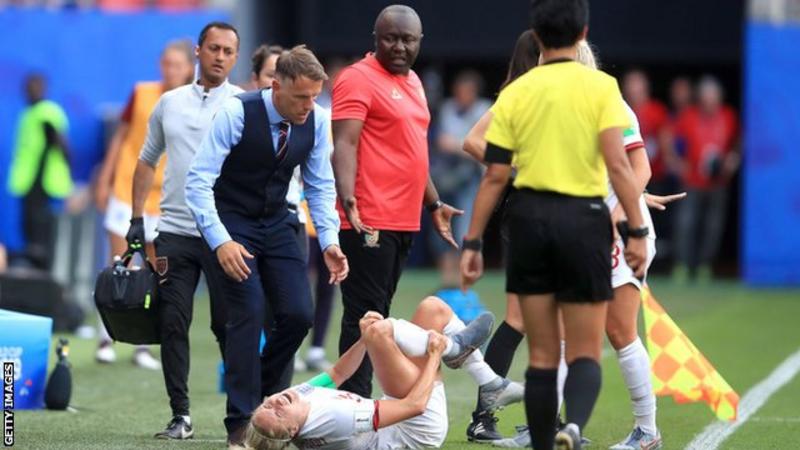 Sue Smith: “If Gabrielle Onguene had seen that challenge from the angle we have just seen she would not be complaining like that.”

Rachel Brown-Finnis: “It should have been a red card. If it’s putting the player at risk of injury then its deemed reckless and a red card. I’m just glad Steph Houghton is OK.”

England left-back Alex Greenwood: “It is what it is. These things happen. We cannot control what they do and we have to make sure we focus on ourselves and make sure we are professional. I think we did that.

“VAR is part of the game and people aren’t always going to agree. It is there for a reason.”

Ex-England international Alex Scott on BBC One: “When we are talking about the development of women’s football and we’re proud of it, we now need to think about the level of the referees. This is going out worldwide but we are being let down by the officials. There are some good ones but not enough.

Former USA goalkeeper Hope Solo on BBC One: “I’m so glad the final whistle has been blown. We don’t want to see any more injuries and I’m sick of talking about VAR.”

England captain Steph Houghton: “I think as England players we remained calm, we didn’t get involved in anything and we’re through to the quarter-finals.”

Ex-England goalkeeper Rachel Brown-Finnis on BBC One: “I’m not sure where to start. This game really did have everything. Ultimately, if you take the emotion out of it then England were the better team and are through to face Norway.”

Maria: Elbows, spitting and protests and a referee who lost the match early on. But the Lionesses get the job done.

Archie: Very entertaining game, but for the wrong reasons. The Lionesses march on.

Jon: Football is finished if VAR is going to be used like it has been today. I’m off to watch the lower leagues, proper pure football.

David: When the referee gets the whisper in her ear that VAR is checking for a decision she must be dreading the backlash.

Javel: I think the ref did right. You have to allow for emotion in a competition that is the pinnacle of players’ careers. I’d give them a verbal warning that they don’t disrupt the match. Forfeiting the match would penalise the fans.

Peter Shields: Disgraceful behaviour from Cameroon BUT I have to say, the off side rule is ludicrous, I thought she was level – surely there has to be more evidence of a clear offside to rule the goal out ? The Ref was awful, she choked on a definite England penalty & red card.