JAKE PAUL revealed he has been getting 'EIGHT-figure paydays' for his fights including against Tyron Woodley.

The internet sensation earned the biggest win in his four-fight career against Woodley at the end of August over the eight-round distance. 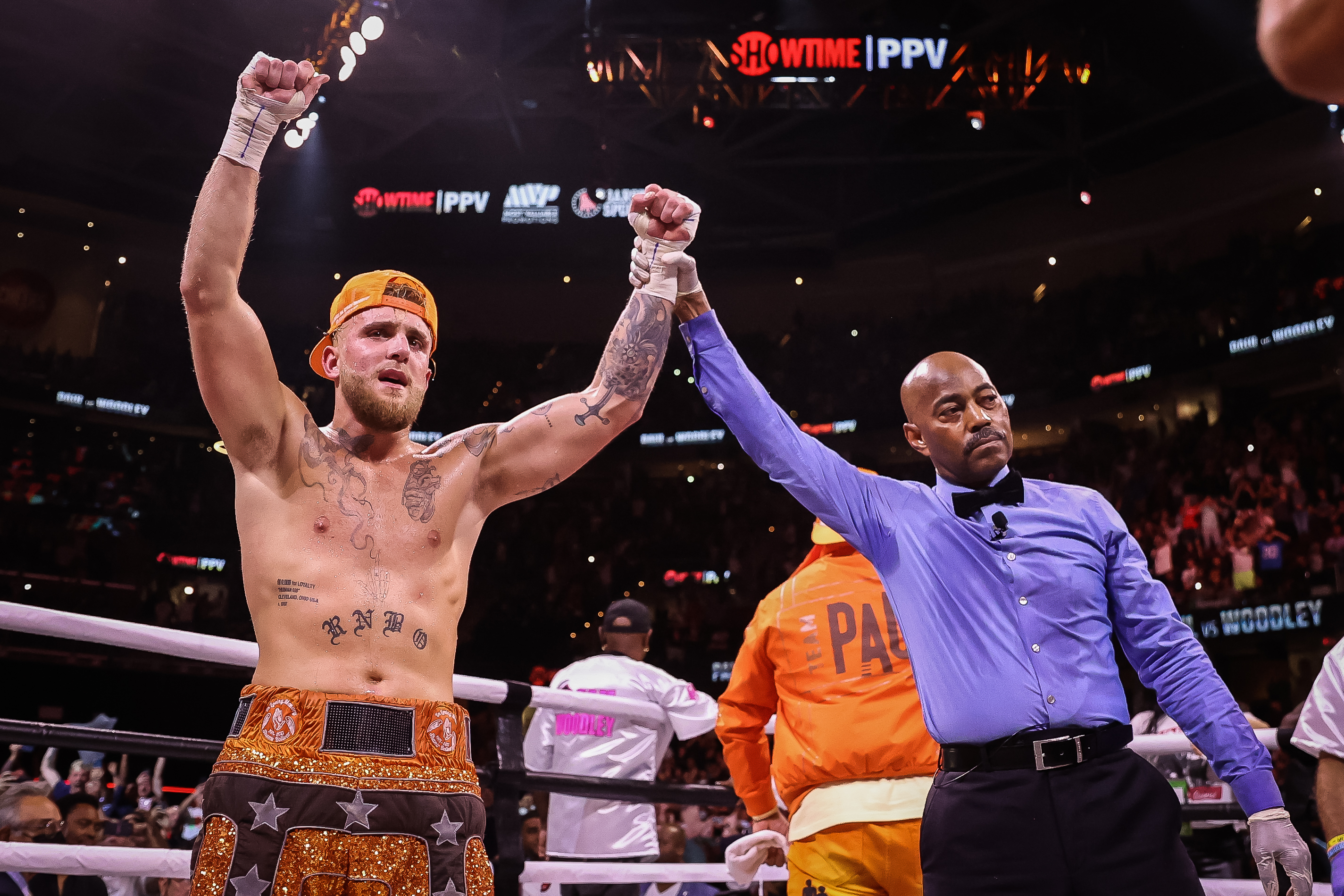 Reported pay-per-view numbers revealed the fight sold just under the 500,000 mark while the 16,000-seat Rocket Mortgage FieldHouse was sold out.

Paul boasted about how his dedication to boxing has seen him receive at least $10MILLION for each of his fights.

He told the Daily Mail: "It’s eight-figure paydays. The money is great, the business is great, it is.

"I work blood, sweat, and tears in the gym, but this is a product of working day in and day out since I was 17 years old."

The social media phenomenon is said to be worth around £21million, according to Celebrity Net Worth.

He has posed in private jets, flash cars and showed off his collection of luxury jewellery.

But Paul recently moved from his California mansion to the boxing nation of Puerto Rico, to avoid the distractions of Los Angeles and focus on training.

He first began boxing in 2018, winning an exhibition in Manchester against British YouTuber 'Deji'.

Logan, 26, then turned professional a year later losing to KSI, 28, in their LA rematch by split-decision.

A year later, Paul, 24, followed suit and beat online rival 'AnEsonGib', a friend of KSI's, on his pro debut.

He went on to then knock out ex-NBA star Nate Robinson and retired UFC welterweight Ben Askren, both 37, before his win against Woodley, 39.

Paul he been training throughout the three years non-stop and has become a polarising figure among boxing and MMA fans.

His years as a controversial content creator whose pranks found himself in trouble with the law appear to now be over thanks to his venture into boxing.

Paul explained: "The internet is a ruthless place where you're never really held accountable for your actions.

"This sport can save my life and I'm sure it can save others."