Jarrell Miller maintains he has never “willingly” taken a banned substance despite reports of another failed drugs test.

The American heavyweight was removed from his comeback fight on 9 July against Jerry Forrest with co-promoters Top Rank confirming ‘Big Baby’ had been temporarily suspended by the Nevada State Athletic Commission after becoming “aware of the situation”.

Miller failed three drugs tests in the build-up to a mega fight with Anthony Joshua last year, forcing Eddie Hearn to find a replacement in the form of Andy Ruiz Jr, who subsequently upset the Briton in New York before losing the rematch months later in Saudi Arabia.

The Voluntary Anti-Doping Association found Miller guilty after the substance GW1516 was discovered in a urine test in March 2019, before further tests revealed HGH and IPO in his system.

But Miller, who served a six-month suspension under the WBA, has responded to the latest reports and remains adamant he has never ingested a banned substance “willingly”. 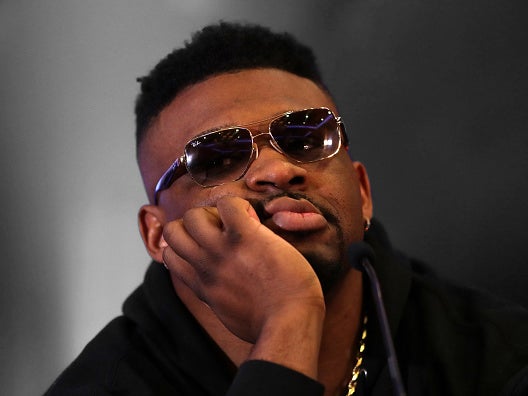 “This is something that was ingested,” Miller told Fight Network. “We don’t know if it was contaminated, but we’re investigating as of right now. Me and my team are just working due diligently to get the facts 100 per cent straight.”

“Did I take something for healing properties, for injury, yes I have. Before a fight to win a fight and during a training camp, no, I have never done that.”

Miller was also suspended back in 2014 for nine months after methylhexaneamine was found his system during his time as a kickboxer.