UFC star Jessica Eye worried fans at her weigh-in after admitting she was struggling to STAND.

The Ohio fighter is headlining UFC on ESPN 10 in Las Vegas against Cynthia Calvillo in the early hours tomorrow morning. 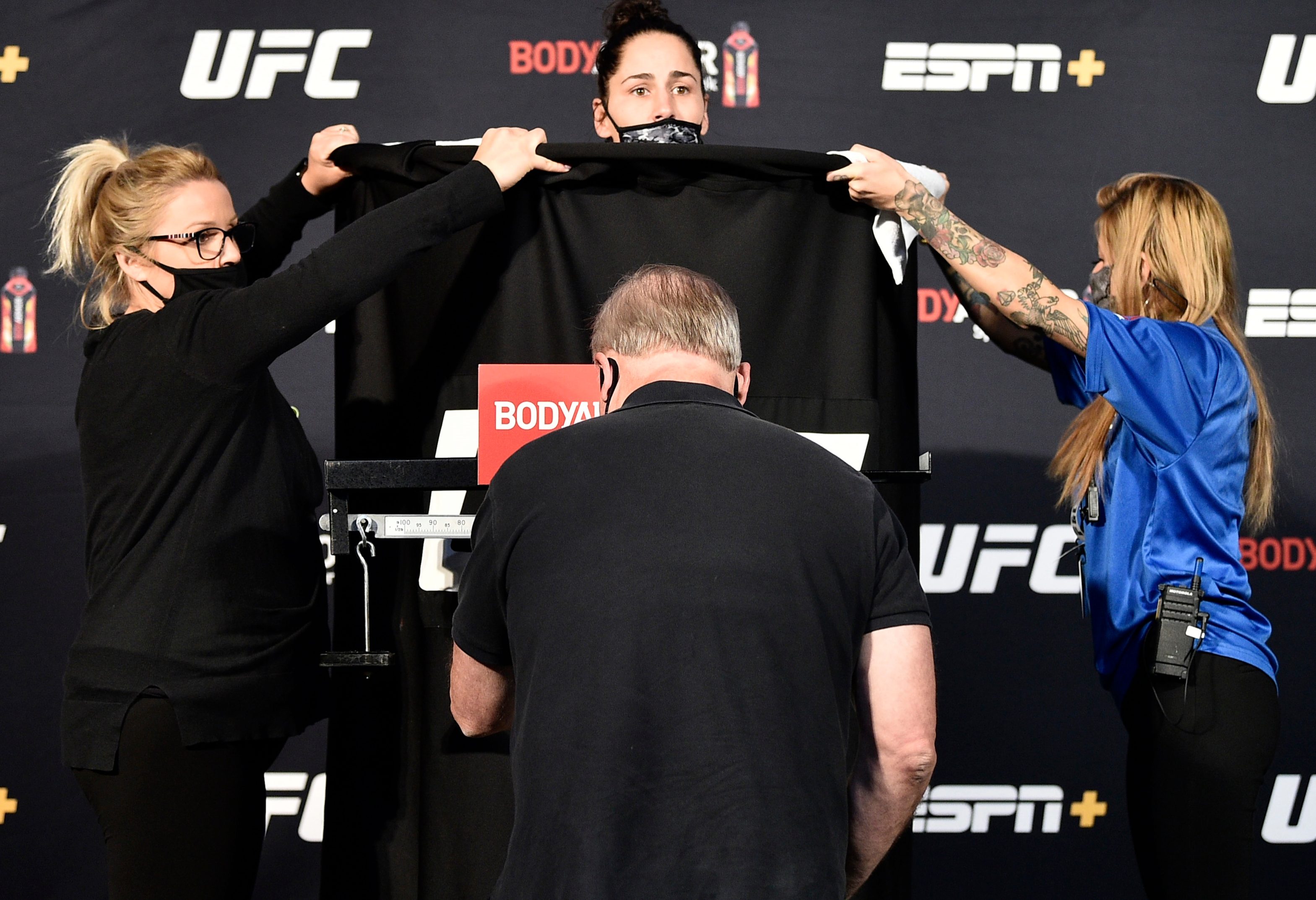 But clearly cutting the weight for the fight came at some cost as the 33-year-old was clearly struggling on the scales.

And for the second time in a row, Eye failed to hit the target and will forfeit 25 per cent of her fight purse to Calvillo as a result.

Eye was forced to strip off, barring a face covering, and hide behind a sheet as she tried in vain to make weight.

After reaching 126.25lbs for the flyweight scrap she slowly moved off. 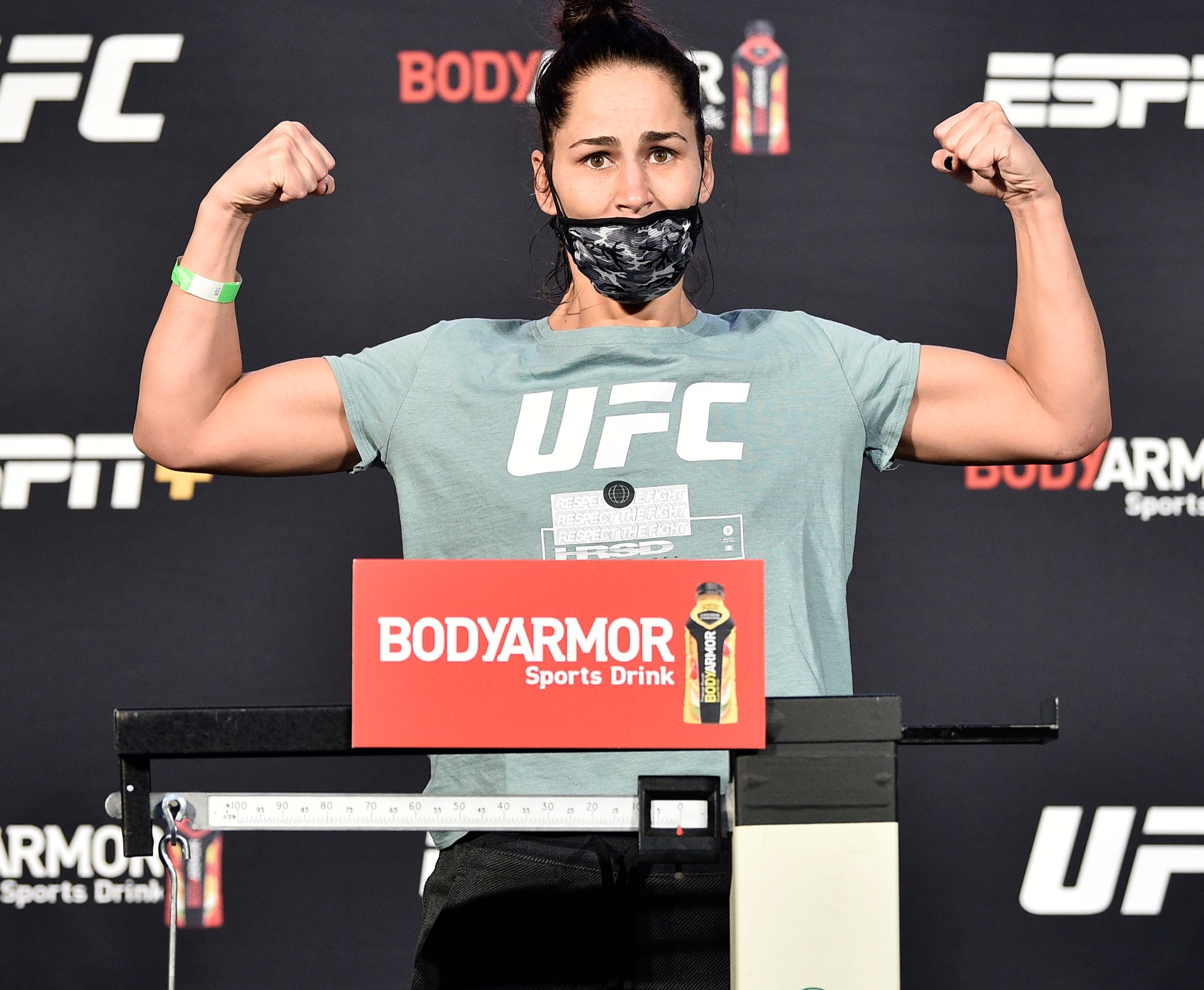 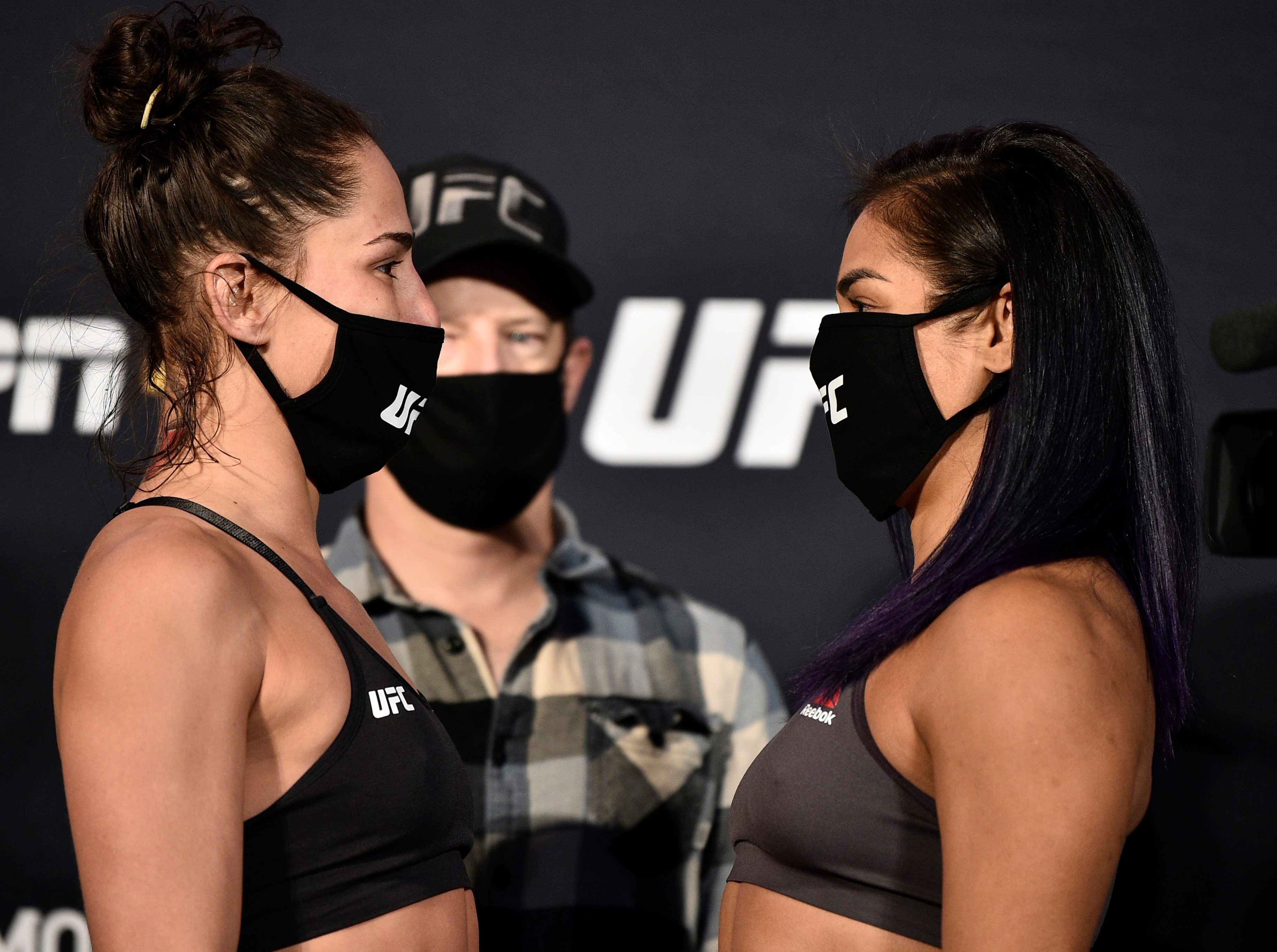 She returned to pose for photos, but worrying said as she was exiting the stage: "I’m sorry guys I don’t think I can stand.”

She was noticeably shaking as she was trying to flex for the cameras.

In her last fight at UFC 238 on June 8 last year Eye had also missed the weight, coming in at 131lbs.

She ended up securing a unanimous points decision against Viviane Araujo at Catchweight.

She was one of THREE fighters on the card to fail to make weight, Karl Roberson and Zarrukh Adashev the other two.

And it's fair to say UFC chief Dana White was unimpressed with the trio.

Speaking to media at the weigh-in, White said: “It’s a problem, you can’t blame anything right now.

"If you look at the fights we’ve put on especially the first one during the pandemic everyone’s been making weight. So that’s not an excuse.