TOP jockey Tom Scudamore's daughter has been given permission by Boris Johnson to watch her dad race at Cheltenham Festival after her hilarious letter.

Margot, 14, can watch Scudamore after appealing to the Prime Minister in a hand written letter. 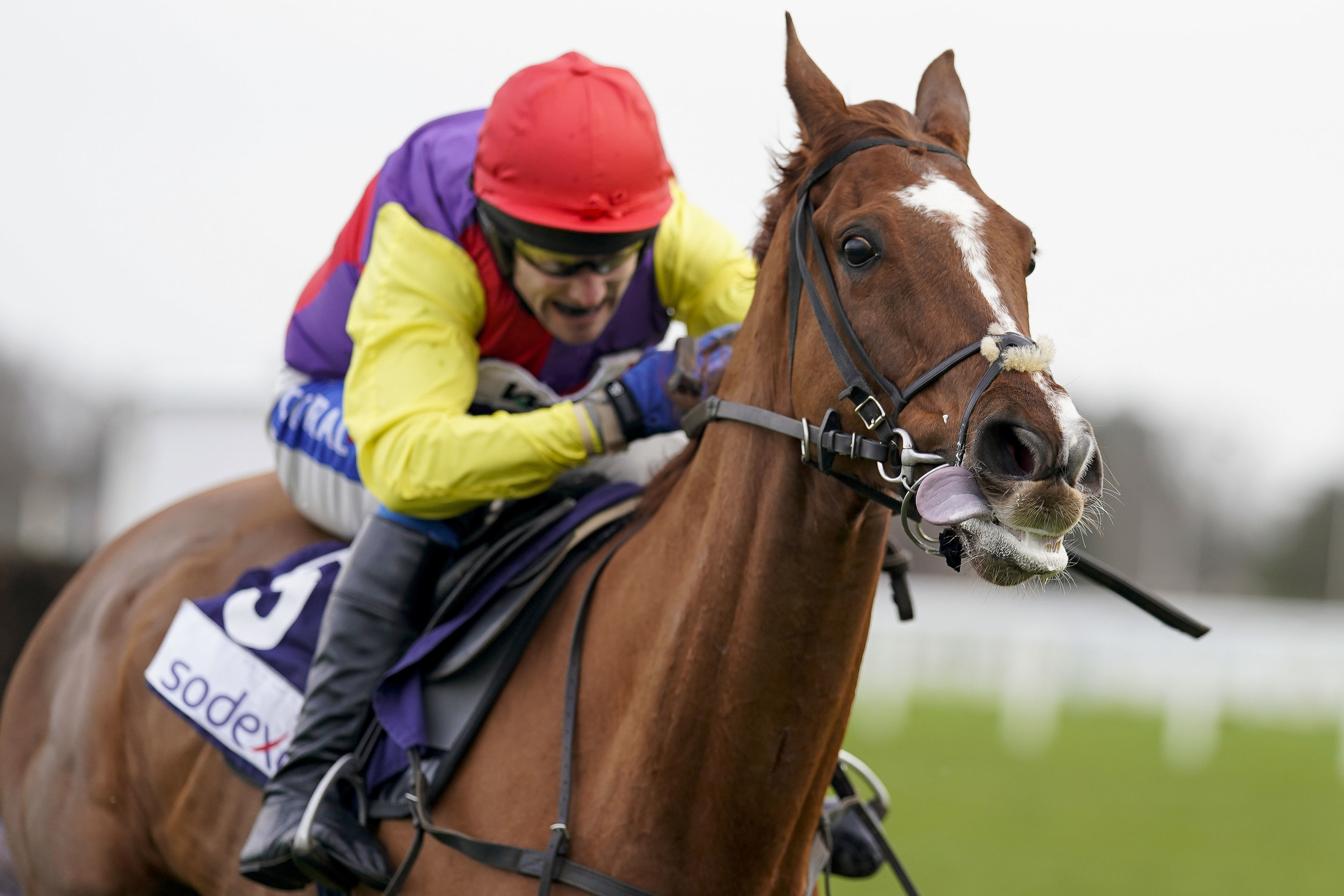 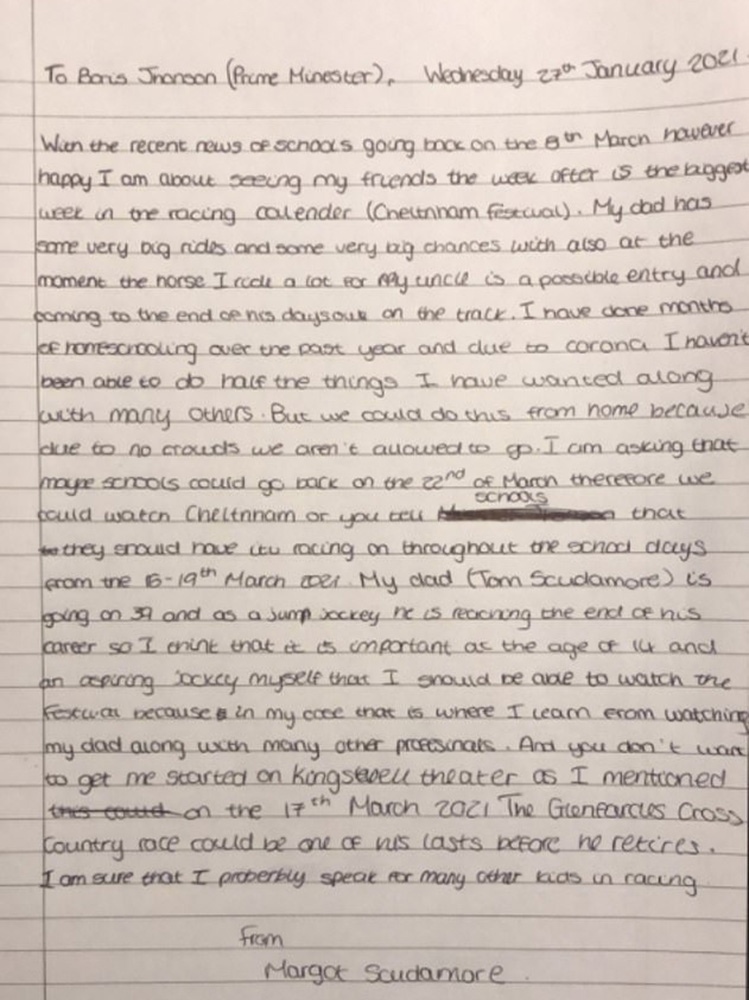 With schools going back earlier this month, Margot was worried she would not be able to watch her dad in actionand penned the appeal to Boris.

And after Scudamore shared the letter online it was picked up by Hexham MP Guy Opperman.

Johnson stepped in, after being told about the letter by the MP, to contact Chulmleigh Community College headmaster Michael Johnson, which led to a letter sent to Margot.

Scudamore told the Mail: "Margot and her sister Myrtle (12) were told to see the headmaster. They were told they were not in trouble but still not quite believing that when they went to his office.

"But the headmaster said, 'I have had a phone call from the Prime Minister and we have come to an arrangement".

"He said he had told the PM her lockdown work had been good and her teachers were all happy. Margot was shaking."

Aspiring jockey Margot wrote the letter in January as she pleaded the case to watch her dad as 'he is reaching the end of his career'.

The letter said: "I have done months of homeschooling over the past year and due to corona I haven't been able to do half the things I have wanted along with many others.

"But we could do this from home because due to no crowds we aren't allowed to go.

"I am asking that maybe schools could go back on March 22 therefore we could watch Cheltenham, or you tell schools that they should have ITV Racing on throughout the school days from March 16-19."