JOE ROOT scored his sixth Test century of the year and was hailed by returning England batsman Dawid Malan as ‘phenomenal.’

Captain Root made 121 out of England’s 423-8 as they cruised to a lead of 345 over India on day two of the Third Test at Headingley. 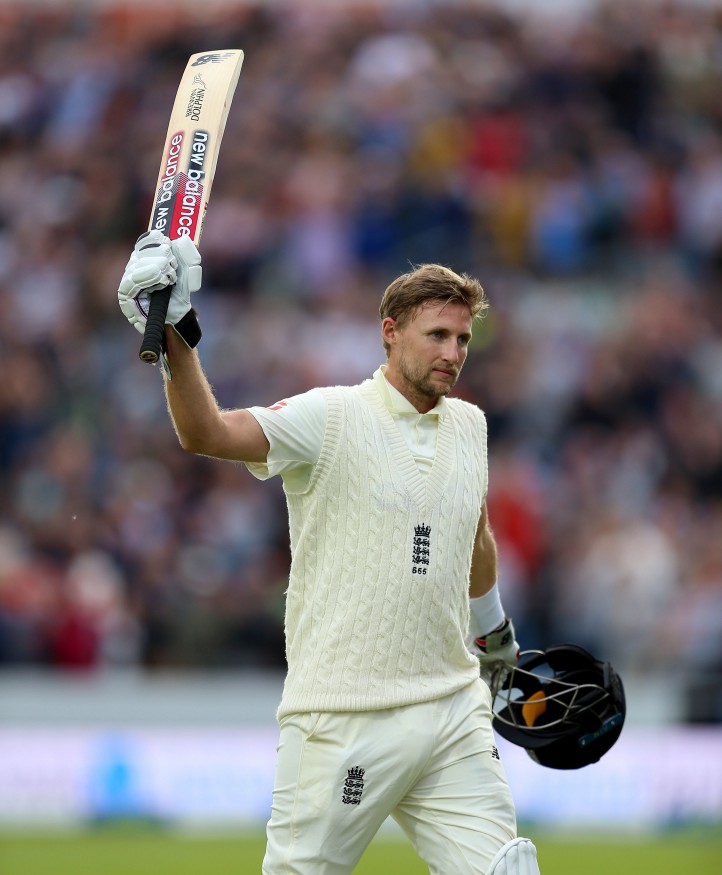 And Malan, who scored 70 in his first Test knock for three years, said: “The ease and speed with which Joe scores his runs is phenomenal. You look up and he has 20 and you can’t really remember a shot he’s played.

“He moves his feet so well, plays the ball later than most people and puts away the bad ball. It was great to have the best seat in the house at the other end.”

Root hundreds in Test cricket have become commonplace in 2021, as much a part of the sporting landscape as Harry Kane transfer talk or Olympic medals for the Kenny family.

This was century No.6 for Root this year and his third in successive Test matches. He is in the sort of form that only a few batsmen in the history of the game have touched.

This one was special, of course, because it was scored at Headingley in front of his Yorkshire faithful and consolidated England’s totally dominant position in the Third Test.

England suffered a mini-collapse in the final session but still finished day two with 423-8 – a lead of 345 runs and surely an impregnable position.

From the moment Root took guard, there was a sense of inevitability about his progress to three figures. He was untroubled, unflustered and in complete control.

The 23rd Test century of his career took only 124 balls and we lost count of the number of times the crowd shouted “Rooooooot.”

Root equalled the England record of six for most Test centuries in a calendar year, now held jointly with Denis Compton in 1947 and Michael Vaughan in 2002.

His career total of 23 Test hundreds puts Root level with Kevin Pietersen and behind only Alastair Cook’s figure of 33 for England.

The stats bods at CricViz tell us that, at the time of his dismissal, Root had scored 30.9 per cent of England’s runs off the bat in Test cricket this year.

With openers Rory Burns and Haseeb Hameed and No.3 Dawid Malan all passing fifty, this was the first time England’s top four reached half-centuries since a match against New Zealand in Dunedin in 2013, when nightwatchman Steven Finn was one of the quartet.

It came out of the blue when Root was bowled by Jasprit Bumrah for 121 and England actually lost four wickets for 33 at one stage in the evening session.

Mind you, that’s not half as bad as India losing all ten for just 78 as they did on day one.

Something sensational will need to happen if England are not to level the series at 1-1.

Burns and Hameed took their opening stand to 135 which, remarkably, is England’s highest in Test cricket since Hameed and Alastair Cook put on 180 against India in Rajkot in 2016.

In fact, England’s last three first-wicket partnerships lasting 45 overs or more have all featured Hameed – and he didn’t play for almost five years.

Burns was bowled by a cracking inswinger from Mohammed Shami and Hameed was less fluent than on Wednesday evening.

He was struck on the head when attempting to duck under a short ball from Jasprit Bumrah and had not scored from any of the 28 deliveries before he was bowled by Ravi Jadeja.

Malan hit the ball crisply and confidently in his first Test for three years. Several of his shots through the offside were eye-catching and nailed to perfection.

Malan and Root put on 139 for the third wicket in 31 overs, scoring at an ever-increasing frequency.

But, from the final delivery before tea, Malan tried to flick down the legside and a review by India showed he nicked the ball.

Malan certainly did enough to suggest he can have a decent crack at re-launching his Test career at the age of 33. 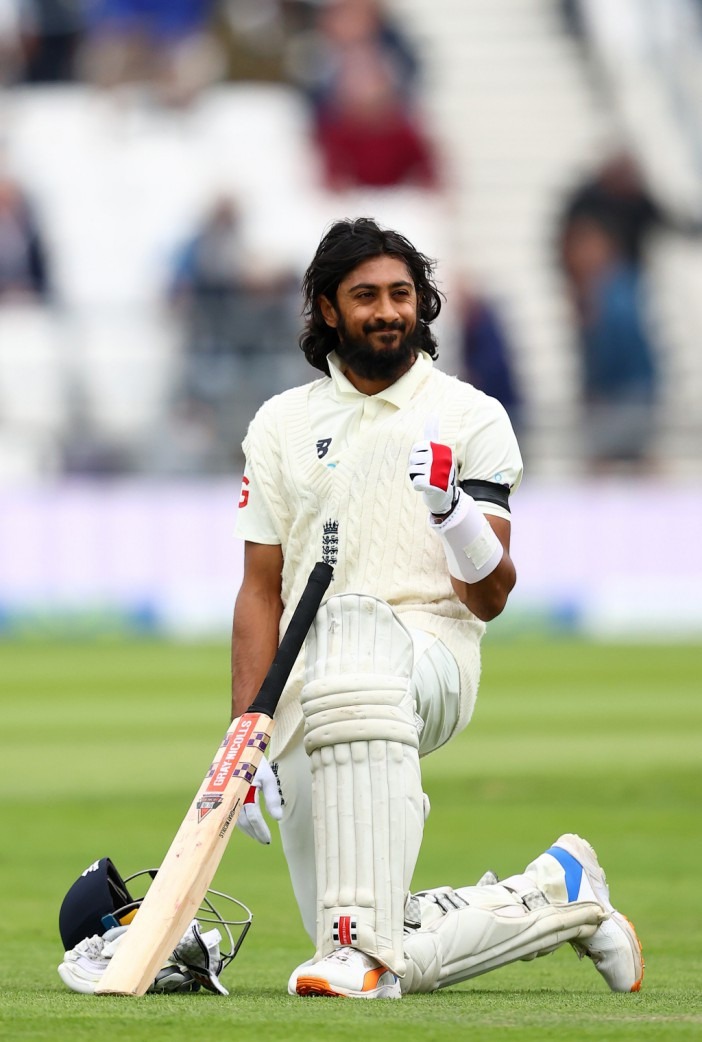 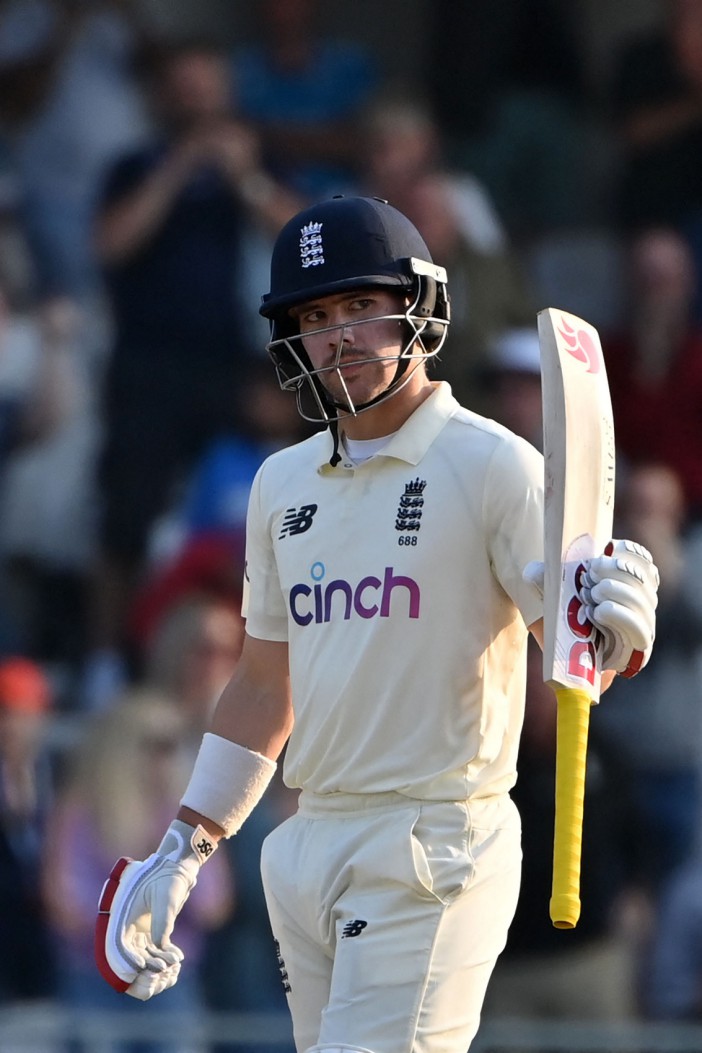 Root reached fifty from 57 balls with an imperious back-foot force for four off Shami. On he went, hardly ever playing a false shot and collecting runs through placement, timing, singles and twos and plenty of strong shots, too.

The days when he routinely failed to convert half-centuries into centuries appear to be over and Root got to three figures with an on-drive for four.

His greatest inconvenience before he was dismissed came from a bout of cramp an hour before the close, which needed some stretching from the physio and a couple of energy gels.

Jonny Bairstow was neatly held at slip by Virat Kohli, Jos Buttler clipped tamely to mid-wicket and then Root was bowled by Bumrah.

Moeen Ali became the fourth wicket in the space of 11 overs when he drove left-arm spinner Jadeja to mid-on.

Sam Curran holed out to the square leg boundary but Craig Overton and Ollie Robinson are still there and will hope to add a few more runs this morning.