JOHN TERRY got a yellow card during Aston Villa's game at West Ham after a heated row with Hammers staff.

The Hammers were fuming with Jack Grealish for going down under minimal contact and Dean Smith's assistant stood up to back his man. 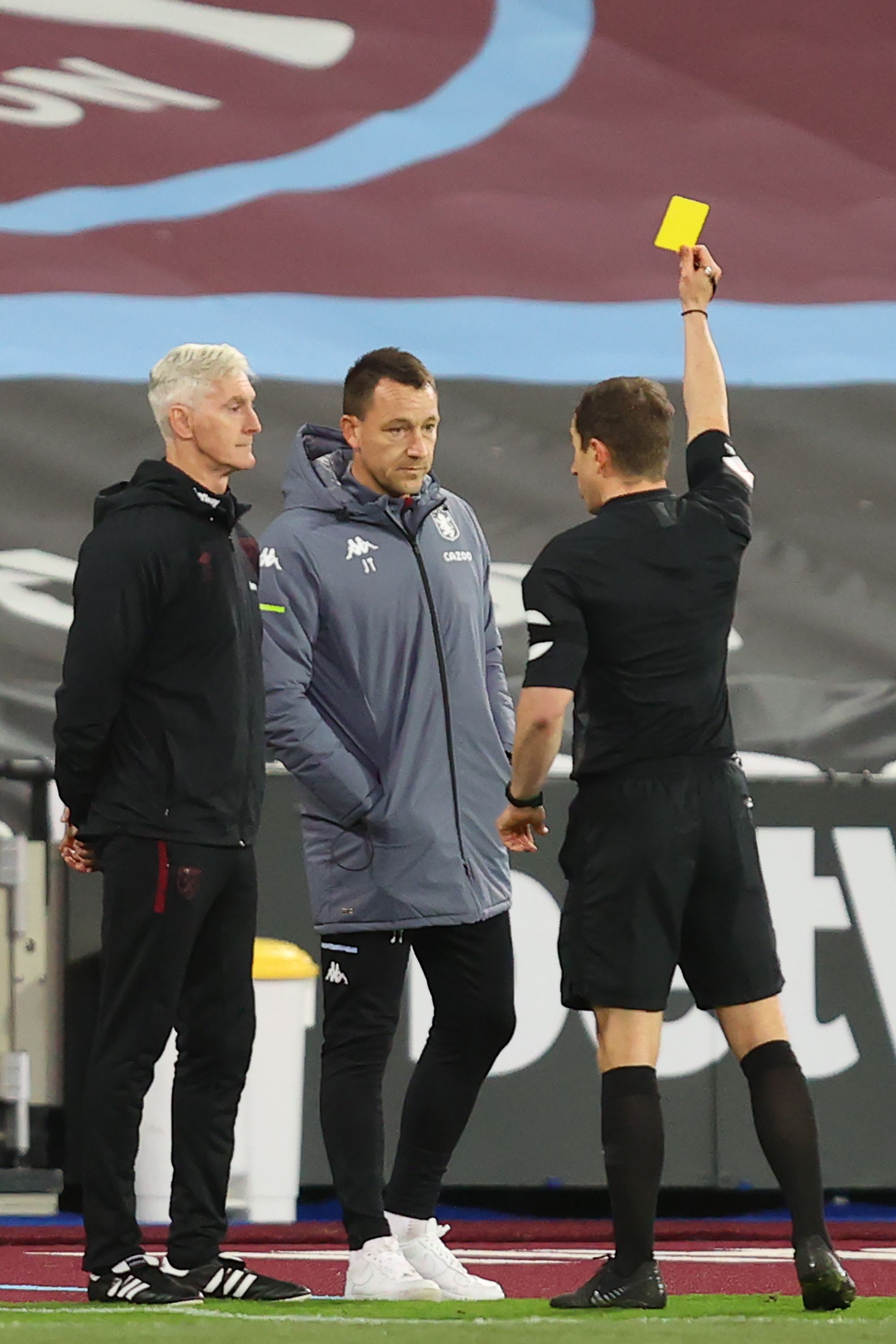 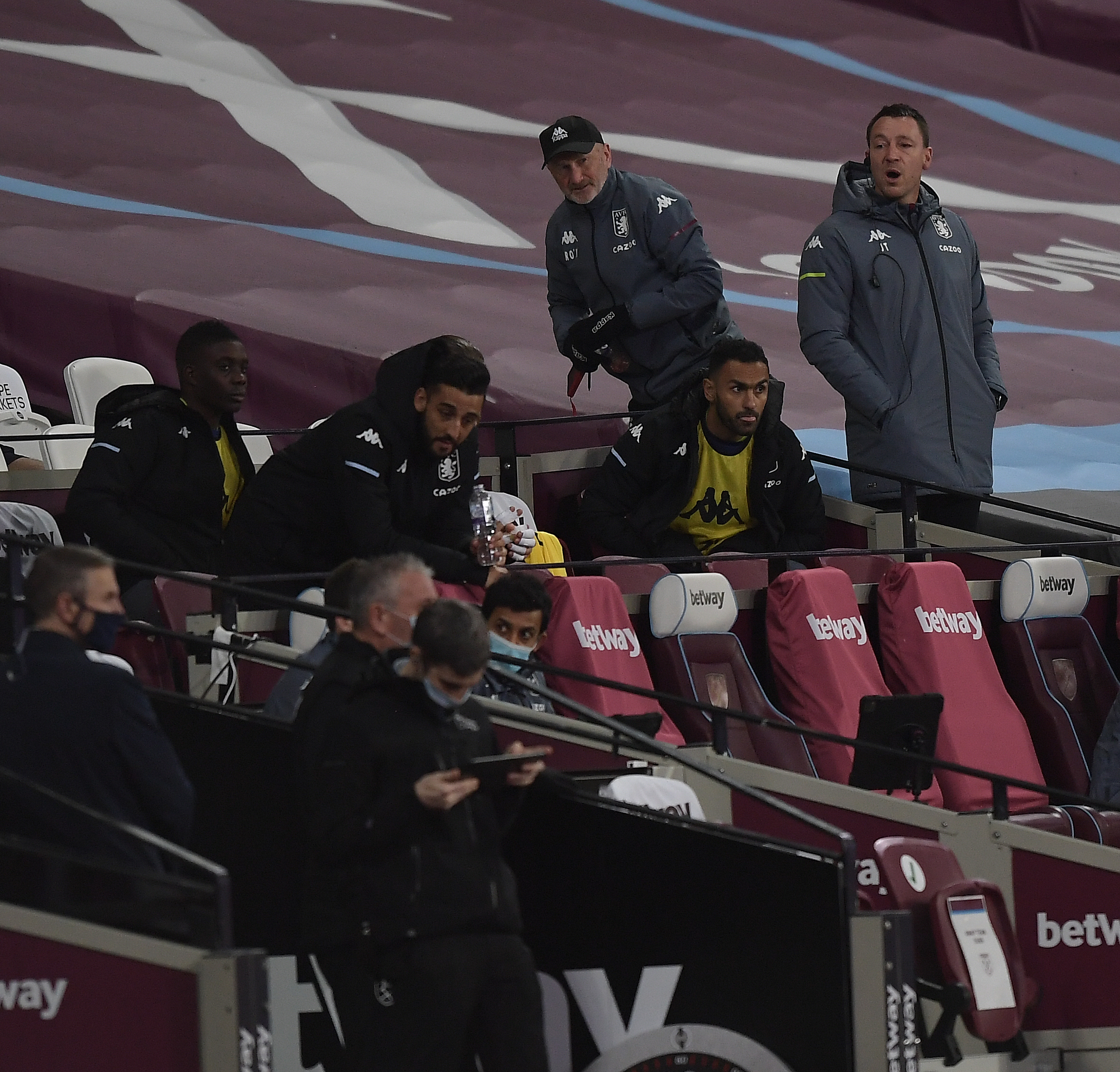 A Hammers coach was also booked in the aftermath as the ref came over to sort the matter after a report from the fourth official.

Grealish went down under a soft challenge from Pablo Fornals.

The Spaniard brushed the England man's knee with his boot and the Villa midfielder fell to the ground screaming and holding his leg.

And the anger spilled over onto the benches.

Terry was seen standing in his seat shouting across at the East Londoners' bench.

Words were exchanged between other members of staff but only the two coaches were booked.

Sky commentator Alan Smith said: "The West Ham contingent feeling Jack Grealish is going to ground too easily and getting their players in trouble. 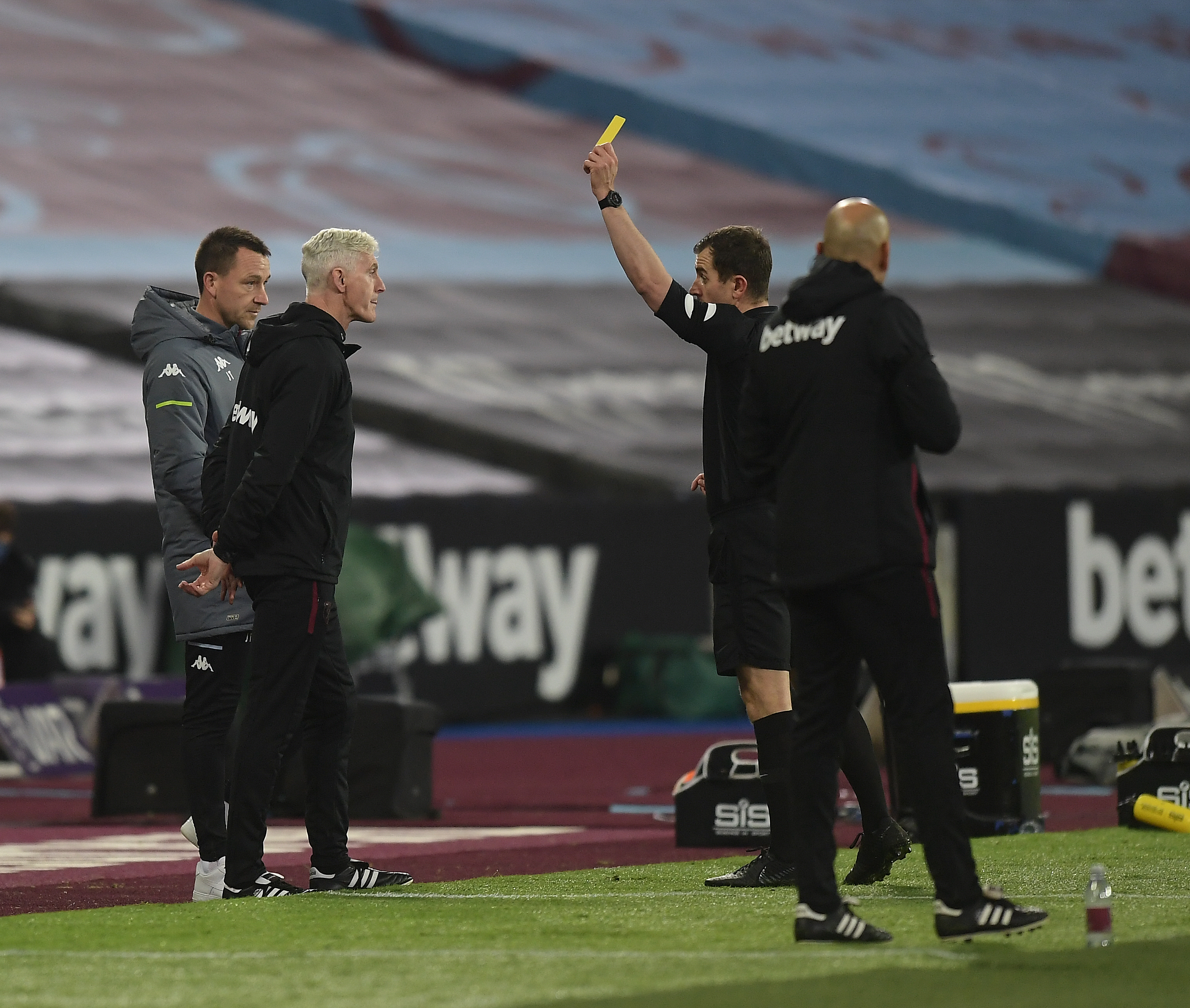 "Villa are trying to protect their captain."

Terry was booked 69 times in the Premier League during his playing career for Chelsea.

He also saw red six times in the league.