Aldo’s 10-year reign as featherweight champion at times feels like a distant memory – as does his short second stint with the belt – but the 35-year-old has looked reinvigorated since dropping down to 135lbs in late 2019.

While the Brazilian went 0-2 in his first two UFC fights at bantamweight, the first was a controversial decision defeat by Marlon Moraes and the second was a competitive clash against Petr Yan with the then-vacant title on the line.

Since then, Aldo (31-7) has put together a three-fight win streak, outpointing Marlon Vera, Pedro Munhoz and now Font (19-5) to put himself back in the conversation for another shot at the gold.

Aldo entered Saturday’s main event ranked fifth at 135lbs, with his American opponent fourth, and the veteran mixed it up in the Octagon throughout to secure a comfortable, unanimous decision win (50-45, 50-45, 49-46) in the UFC’s Apex institute in Las Vegas. 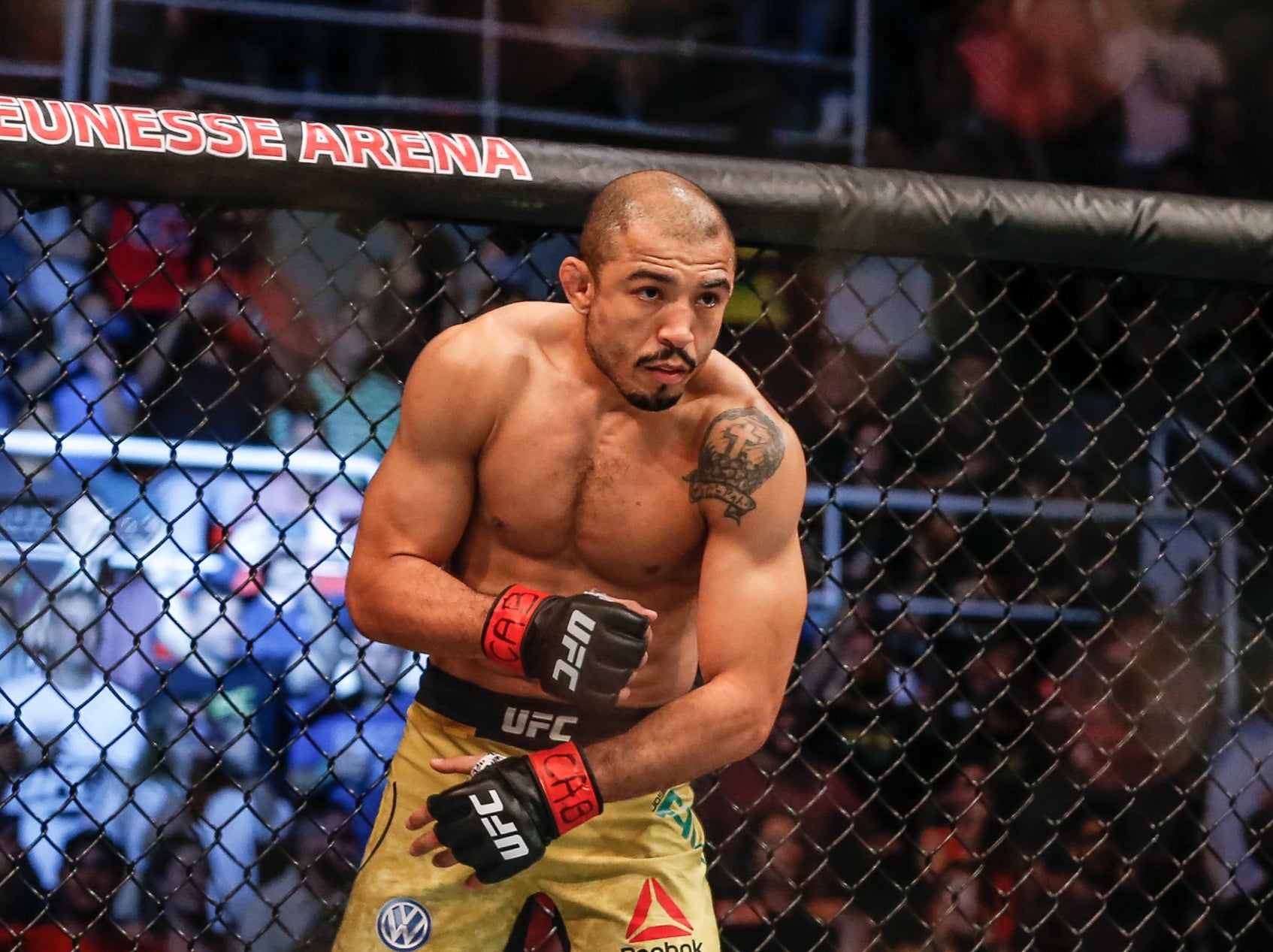 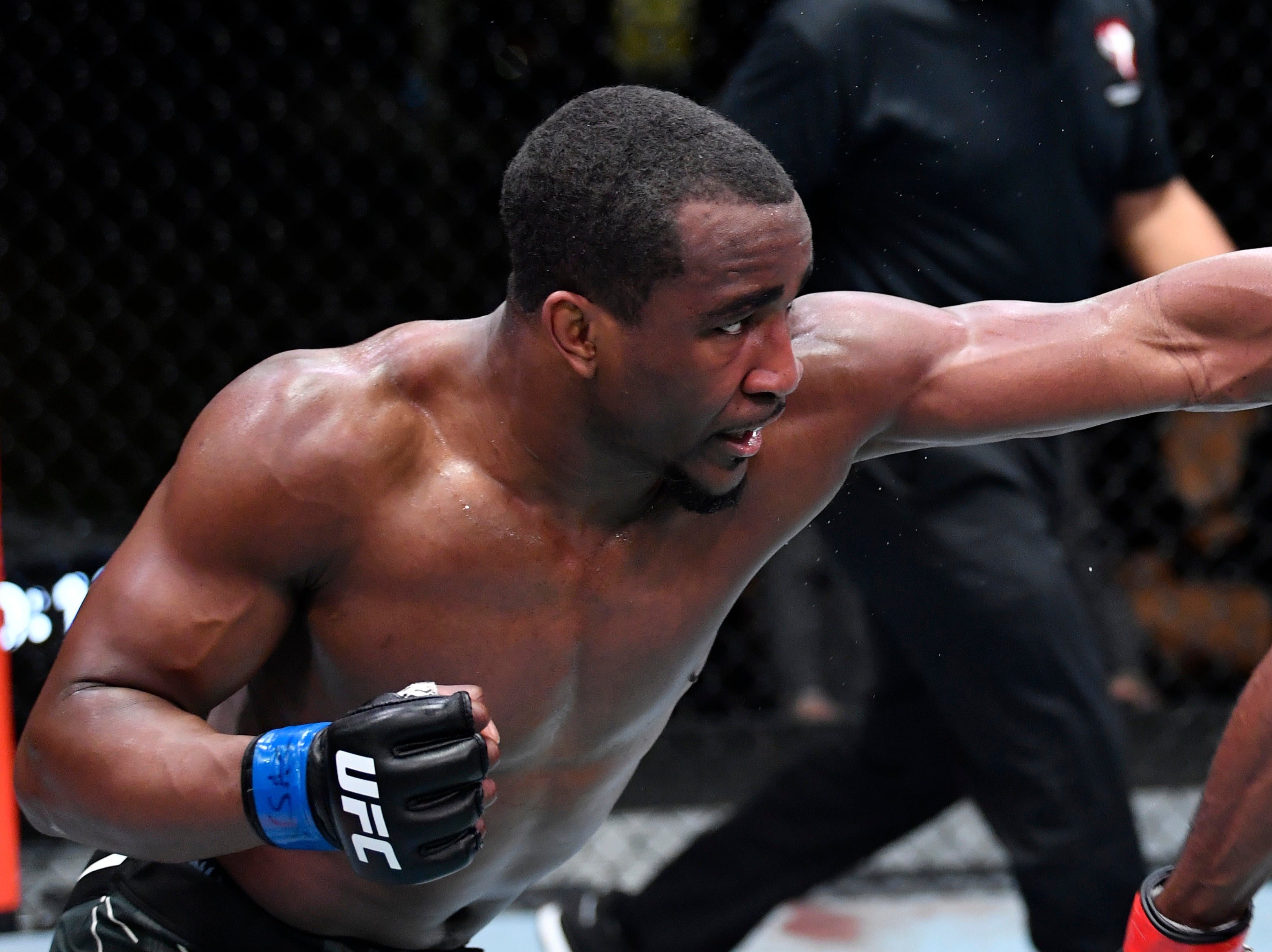 The Brazilian likely needs at least one more victory to position himself as a clear contender for a title shot, given how stacked the bantamweight division is, and he seemed to acknowledge that after his win on Saturday. 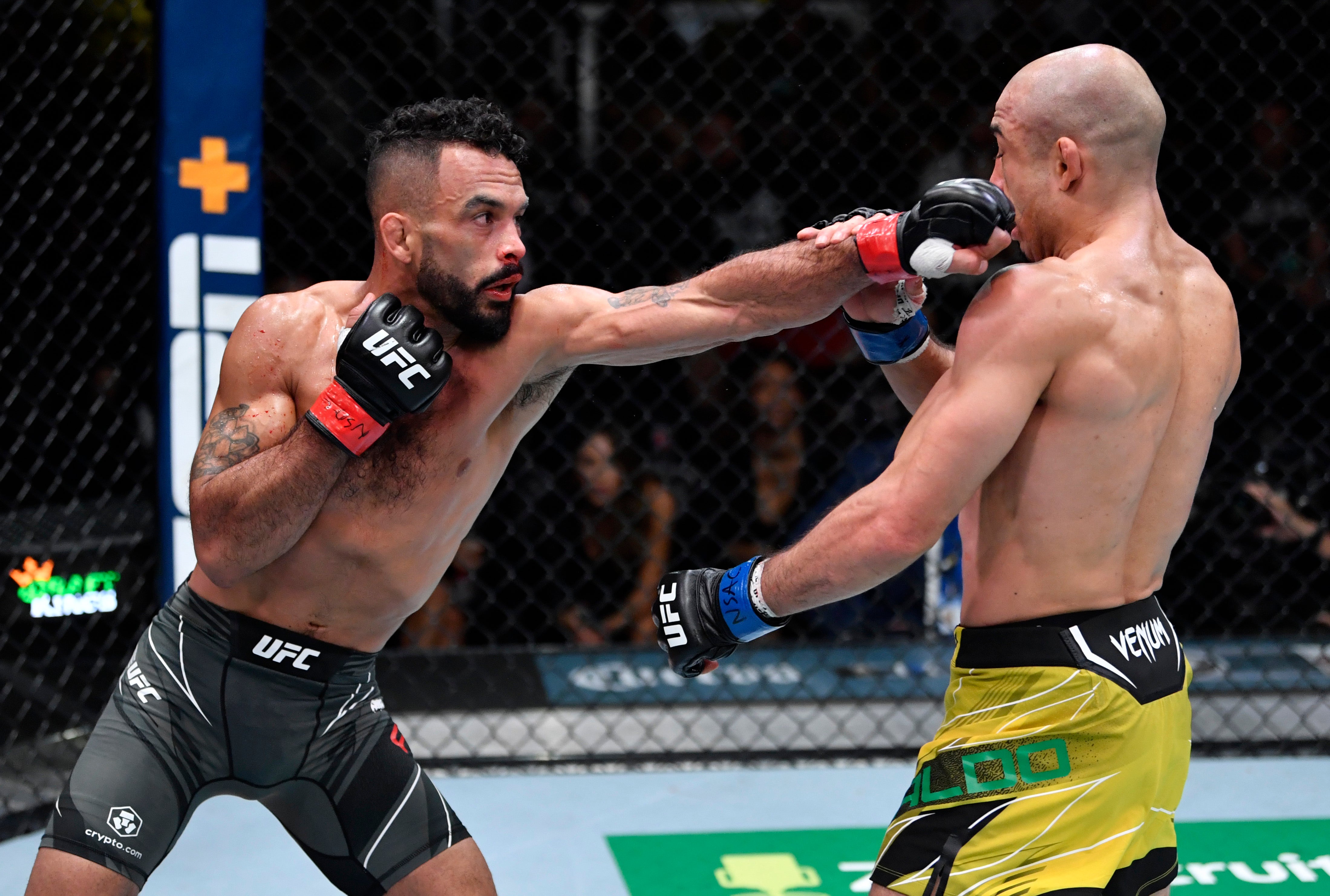 Rob Font flicks out a jab against Jose Aldo

“[TJ] Dillashaw is right there, let me fight Dillasahaw,” Aldo said of the former two-time bantamweight champion, who returned this July after a two-year doping suspension to controversially outpoint Cory Sandhagen. Dillashaw has since undergone knee surgery and is currently recovering.

Aldo continued: “I want to be a champion in this division and I’m working towards that. Nobody is gonna stop me.”

After finishing Aldo in the fifth round in July 2020, Yan lost the bantamweight belt to Aljamain Sterling this March via disqualification.

Sterling tired after a fast start, and Yan began to dominate before landing an illegal knee late in the fourth round. With Sterling unable to continue, the fight was called off and the challenger was named the winner and new champion.

Since then, Sterling has been battling injuries and has been unable to fight, while Yan beat Sandhagen via decision in October to claim the division’s interim title. Yan, who was initially set to face Dillashaw for the interim strap, is now awaiting Sterling’s return and a unification bout with his rival. 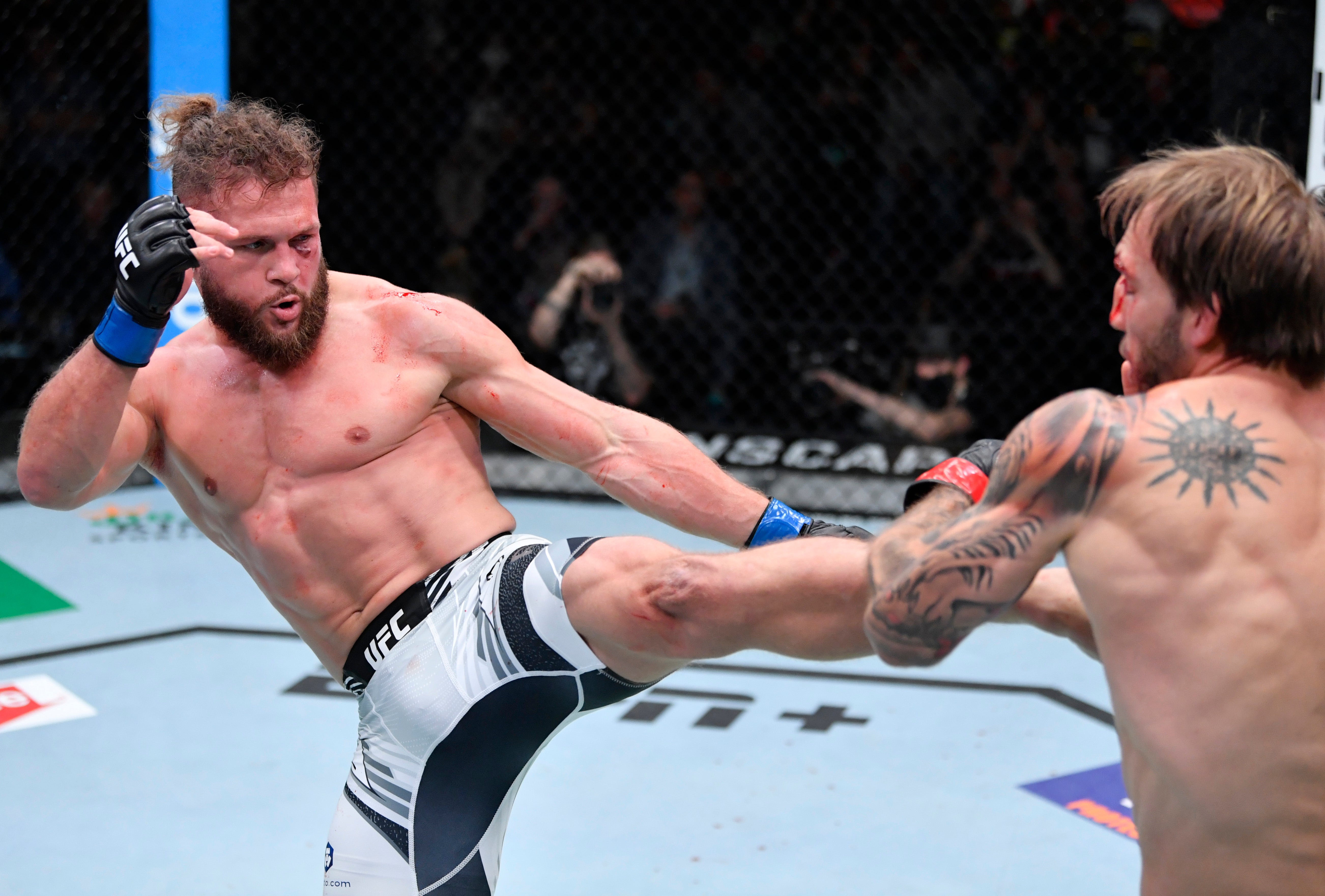 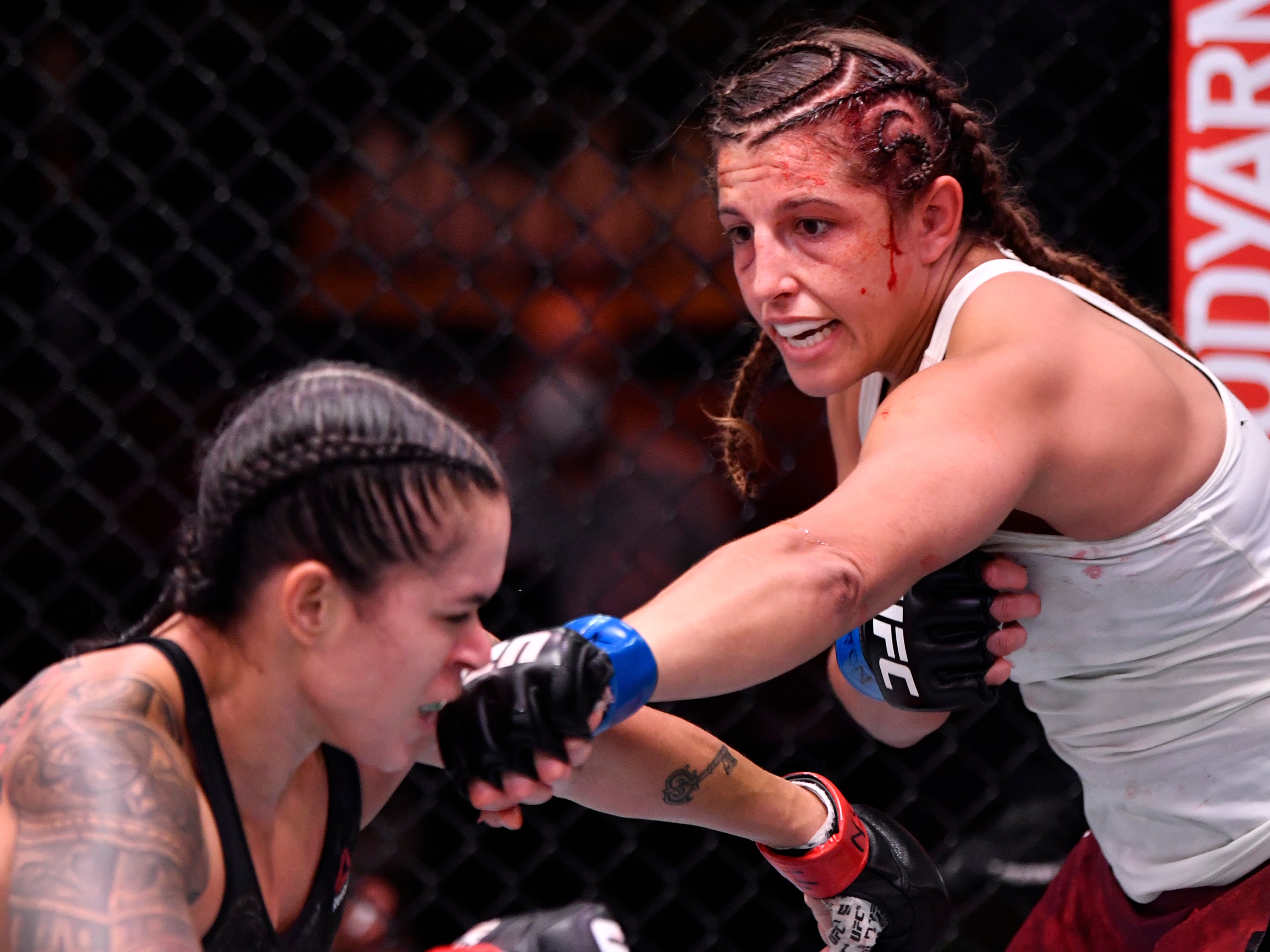 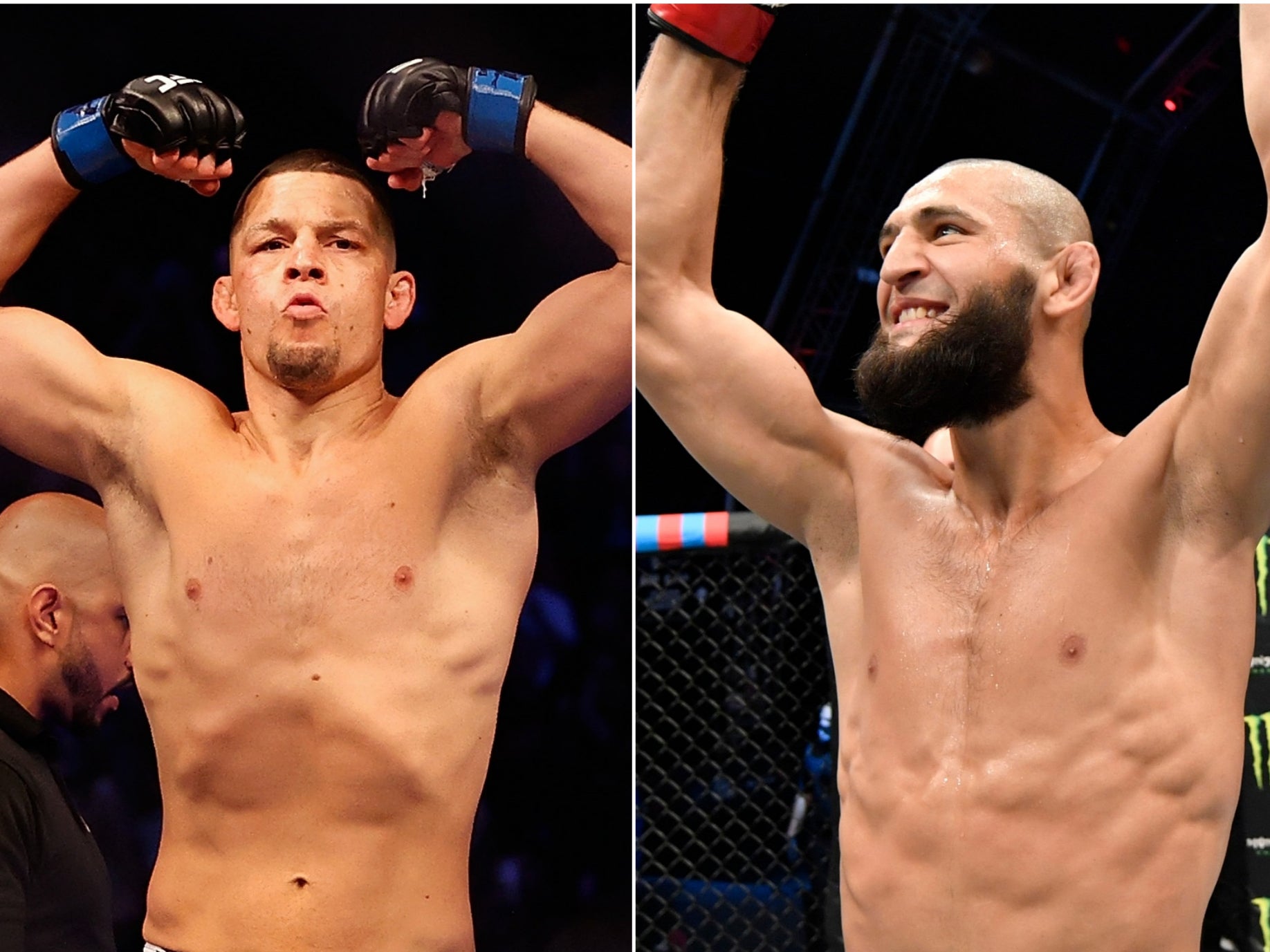