But he actually drank it ON THE PITCH after it was thrown at him by an angry home fan. 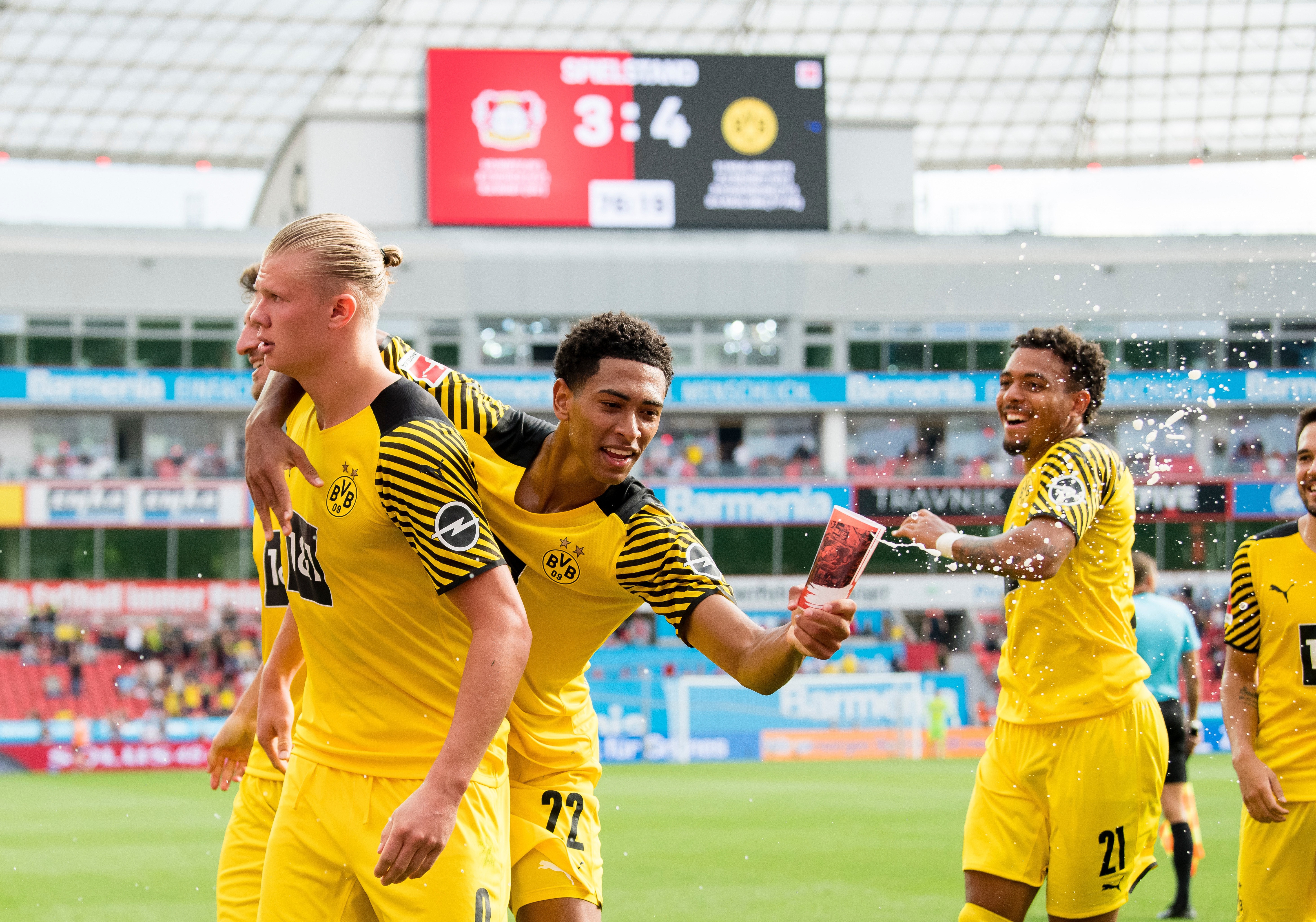 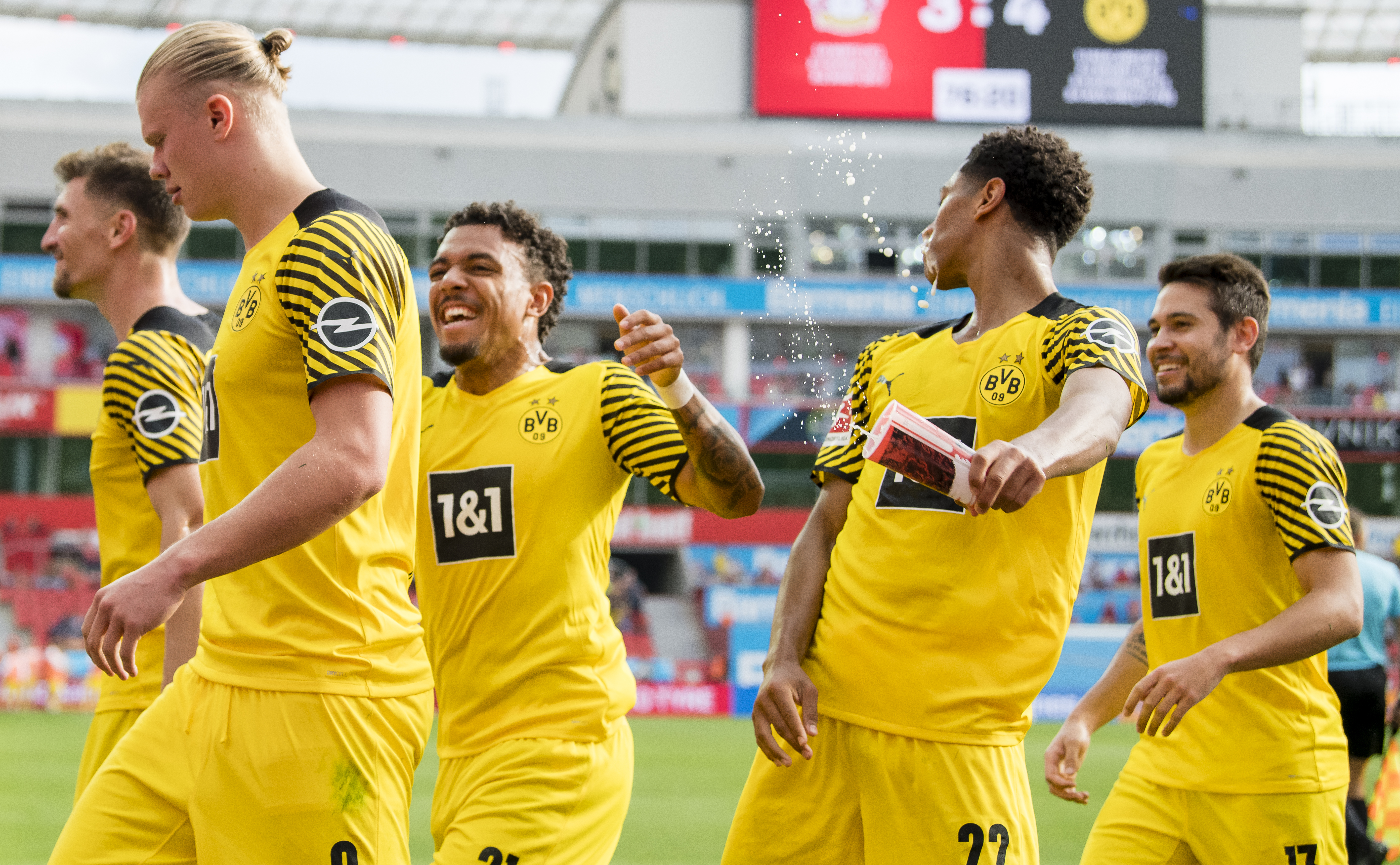 The 18-year-old later revealed he is 'not a fan' of the amber fluid but was delighted with the 4-3 victory.

Dortmund levelled from behind three times and two-goal hero Erling Haaland completed the comeback with a 77th minute penalty.

The Norwegian goal machine wheeled away and celebrated in front of furious Leverkusen fans as Bellingham jumped on his back.

And as the duo were pelted with plastic beer cups, former Birmingham sensation Bellingham caught one and had a swig before spitting it out and throwing the rest of the pint to the floor.

Dortmund leapfrogged Leverkusen into third with the win and Bellingham later tweeted: "Perfect day for my first beer… not a fan."

He also shared footage of the incident and quipped: "Cheers."

As well as the witty tweets about the beer incident, Bellingham also heaped praise on the travelling Dortmund fans who – funnily enough – did not launch missiles at him and his team-mates.

Alongside some snaps from the game, he wrote: "Last season I think we would lose this kind of match.

"One of the biggest reasons for the win today, is the fans.

"Thank you to those who travelled for the excellent support. It is much appreciated by all of us!"

Bellingham is not the only Three Lions ace to have never had a beer at the start of this summer.

West Ham star Declan Rice also revealed in June he would have his first ever pint – but only if England won Euro 2020.

The 22-year-old made the vow ahead of England's Group D opener against Croatia at Wembley.

Rice said: “Do you know what? Until this day, I have never had a beer and I am 22! That’s the truth.

“Never had a pint. Don’t drink it. People get surprised but I just don’t like the smell of it, so I have never gone near it.”

Confirming he would have had a beer if England had beaten Italy at Wembley in the final on July 11, he said: “Yes. I will give it a try — but I will probably spit it out.

“I like a spirit now and then but as footballers we never get to live that life. If you want to then you may as well do something else."