The Blues look set to battle it out against the likes of Real Madrid and Manchester United for the 21-year-old's signature this summer. 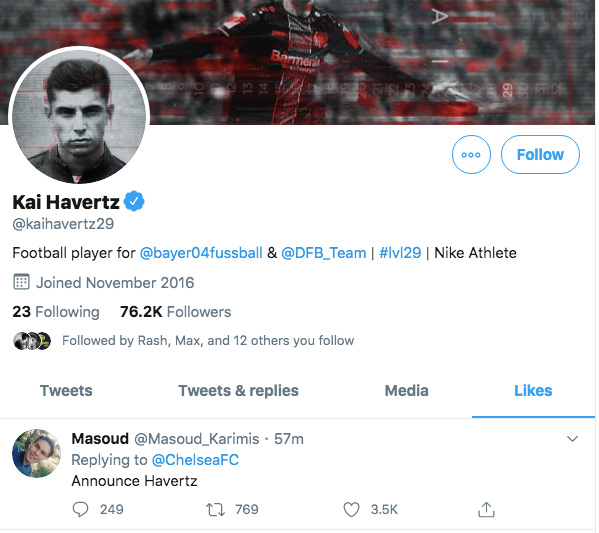 But judging by Havertz's latest social media activity, Frank Lampard's side have the upper hand over their rivals.

Chelsea tweeted out some comments from Timo Werner after his £53million move to the club was confirmed.

And the Bayer Leverkusen star sent fans into meltdown after he 'liked' the tweet from his official page.