Harry Kane has revealed he had no say in the decision to scrap plans to wear a ‘One Love’ armband for the World Cup game against Iran.

The England captain – along with six other European skippers – planned to wear the armband to show opposition to all forms of discrimination.

But all seven countries backed down once FIFA threatened to book players who wore it. 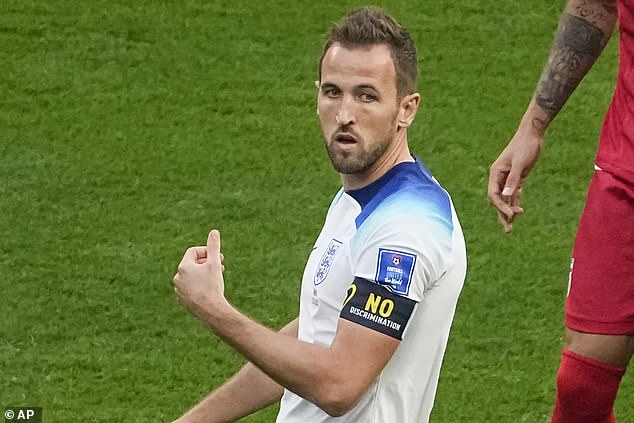 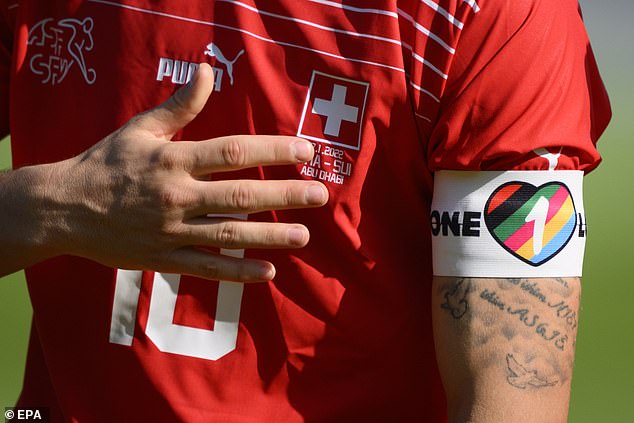 Asked about it after today’s stunning 6-2 Group B win over Iran in Doha, Kane said: ‘ Yeah, I think we’re disappointed.

‘I think I said yesterday we wanted to wear it but that decision was taken out of my hands today.

‘I turned up to the stadium with the armband that I did wear and I was told I had to wear that.

‘Look, it’s out of our control as players. I’m sure the FA and FIFA will continue those discussions but most importantly today we focused on the game and got a great result.’

The FA could not risk Kane being booked as it would have put him at risk of being suspended for later stages of the tournament. 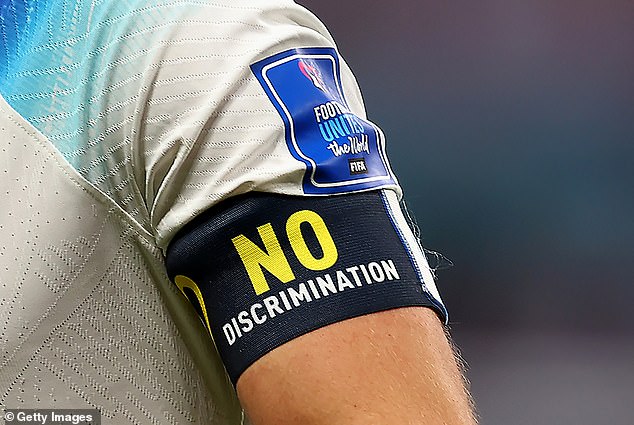 Eventually he wore one of FIFA’s own ‘no discrimination’ armbands. It is understood the Tottenham captain understood and accepted the FA’s stance.

‘You’ve seen over the last five years we’ve made a stand as a squad and we’ll continue to do that as much as we can,’ added Kane.

‘We took the knee today as well but sometimes these decisions aren’t up to us and that’s the bottom line.

‘As a squad, our focus was on the game today and I think we showed we’re a really good team and have full focus on what we need to do.’

Asked if he was angry at FIFA, Kane added: ‘I’m not going to say words to get headlines.

‘I said I was disappointed I wasn’t able to wear it and that’s it.’