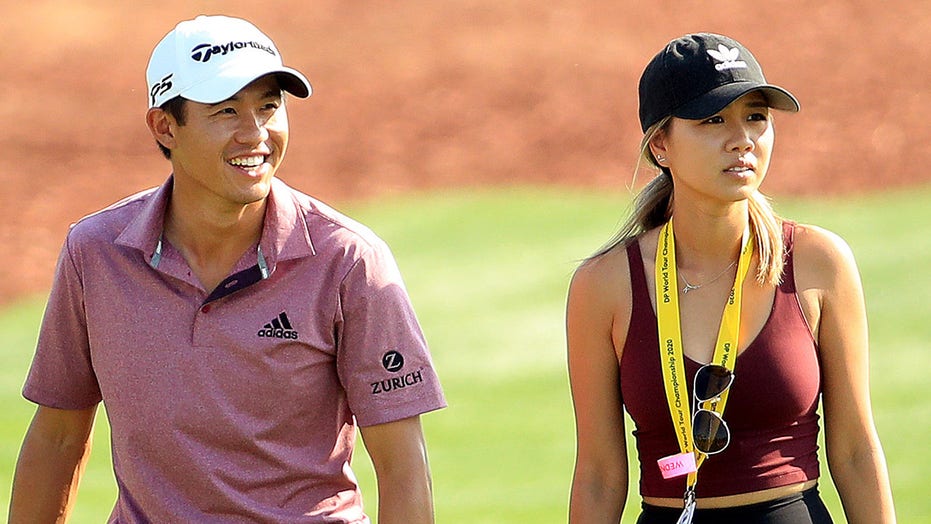 Collin Morikawa won his second major title on Sunday when he held off Jordan Spieth, Jon Rahm and Louis Oosthuizen at the Open Championship.

Morikawa finished with a fourth-round 4-under par and carded a 15-under for the entire tournament.

Katherine Zhu, Morikawa’s girlfriend, congratulated him in a sweet message on Instagram.

“So incredibly proud of you!” she wrote. “You’ve accomplished so much since turning pro in 2019 and I really can’t wait to see what’s next.”

Zhu is a former collegiate golf champion herself. Last year, she and Morikawa talked about being a competitive couple.

Morikawa is the second player to win The Open Championship and PGA Championship before turning 25, according to ESPN Stats & Info. He joined Tiger Woods in hitting the milestone. It was the first time he played at the event, much like it was his first time playing the PGA Championship when he won the tournament last year.

He played the final 31 holes at Royal St. George’s without a bogey. He started the final round of the tournament one shot behind the leader and finished two strokes ahead of Spieth.

Morikawa’s score was the lowest score in the 15 times the Open Championship was played at Royal St. George’s. He carded a 66 in the final round after shooting a 67 in the first, a 64 in the second and a 68 in the third.

“When you make history, it’s hard to grasp, it’s hard to really take it in … At 24 years old, it’s so hard to look back at the two short years that I have been a pro and see what I’ve done because I want more,” he said.

Morikawa finished the tournament 15-under par. Spieth was 13-under while Rahm and Oosthuizen finished 11-under. South African pro Dylan Frittelli rounded out of the top five with a 9-under.