ROY KEANE went berserk slamming Manchester United for a lack of fight after they lost 2-0 in the derby.

The Sky Sports pundit, 50, said the defeat to Manchester City felt worse than the 5-0 loss against Liverpool a fortnight ago. 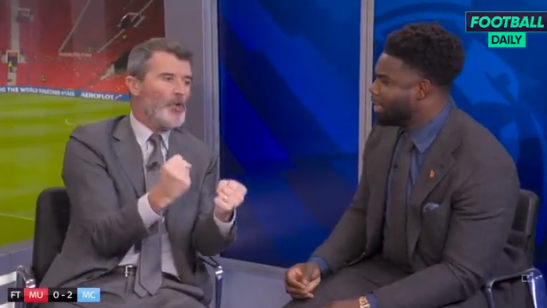 He also picked on a few players he feels are not good enough to play for United, such as Fred, saying: "If Ole walked in here now I'd grab him and say why are you playing Fred?"

Keane also suggested the team did not show any emotion or desire to win – pointing to the fact Phil Foden appeared as though he had just finished a practice match when giving his post-match interview.

On Sky Sports' post-match coverage Keane said: "It felt worse. City are a different type of team to Liverpool. They were happy to keep the ball and they just toyed with United.

"It was so poor. Men v Boys. Foden mentioned it is a tough place to come, it is not. Ask Everton, ask Villa, ask Liverpool. I know the away record has been fantastic but ultimately it is what you do at home.

"McTominay, Fred. These players are not good enough for Manchester United.

"I was not shocked about Bailey. He has that in him, he is erratic. After a derby game you should be drained and exhausted. Foden is chatting as if he has had a practice game.

If Ole walked in here now I'd grab him and say why are you playing Fred?

"Ole…The first day he got the job people did not think he was up to it because of his track record. Pressure is going to build on Ole.

"For the second goal, I look at Shaw and De Gea who are established international football players. How they cannot smell the danger. These boys are too casual.

"Ole has to take responsibility. I have defended him for the last two years. They have to look at it and see they have to get more out of these players. They are so short in midfield in terms of physicality and quality.

"Today I am feeling sorry for them. Some of them just aren't up for playing for Manchester United.

"This team does not stay in the fight. You are on the ropes but you gotta keep swinging. This team doesn't. They almost say 'We are up against it, we don't have the quality'.

"They don't have the fight or desire. This team doesn't have personality.

"There is one yellow card today for United. Yellow cards don't win football matches, but it is a derby game. Show some sort of emotion.

"Sometimes I might smash into somebody to make me feel better and get a reaction from other players or fans. After watching it, I know why fans would leave after an hour.

"Ole is such a brilliant and honest guy. But management is about survival. He needs to try and get a result in the next few games. The coach or a manager cannot give a player courage. There is quality but they should not be 11 points behind Chelsea."

Interrupting, Keane said: "You're saying he's the answer? He played last season and he was bang average. 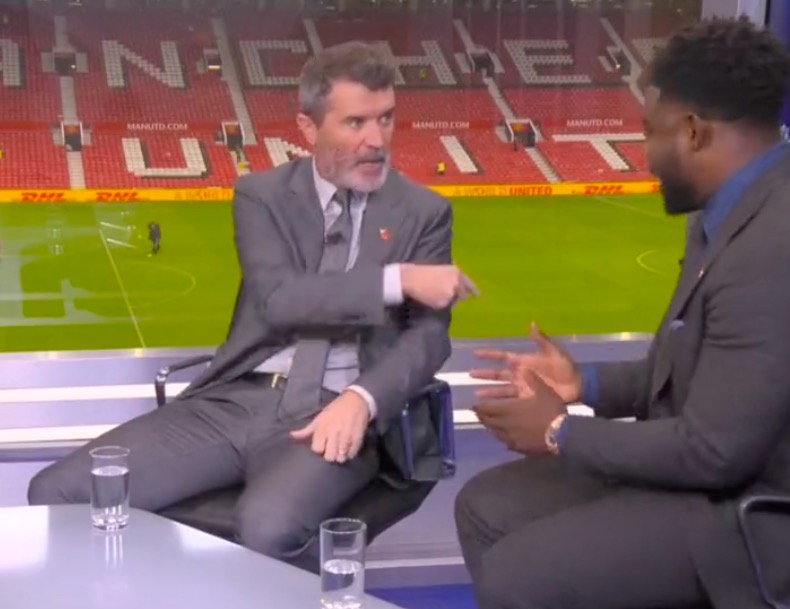 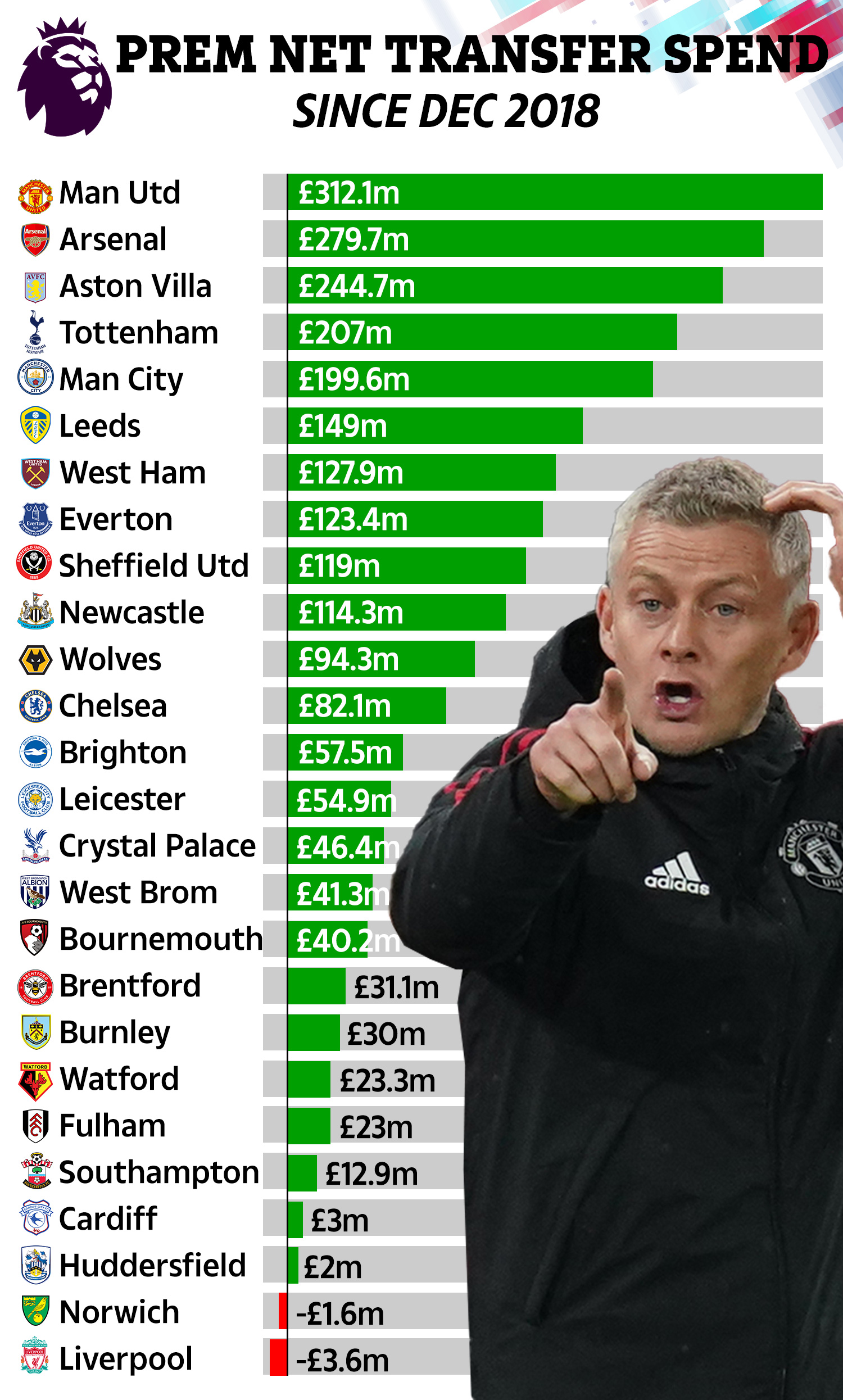 Presenter Kelly Cates then asked Keane if he believed Solskjaer was the right man for the job.

Keane showed sympathy for his former team-mate, implying some players need to take a portion of the blame.

"Man United are in a bad place but there is a way out of it. Is Ole the man to do it? Huge question marks.

"Every time there is a bad result, Ole is the man to blame.

"Ole can't seem to win but he needs to look himself in the mirror and go 'I need to do better here'.

"He came into United at a difficult time he's managing one of the biggest clubs in the world but if you've got bluffers on the bus with you and you're depending on Shaw and Wan-Bissaka.

"Ole, you might be better off out of it." 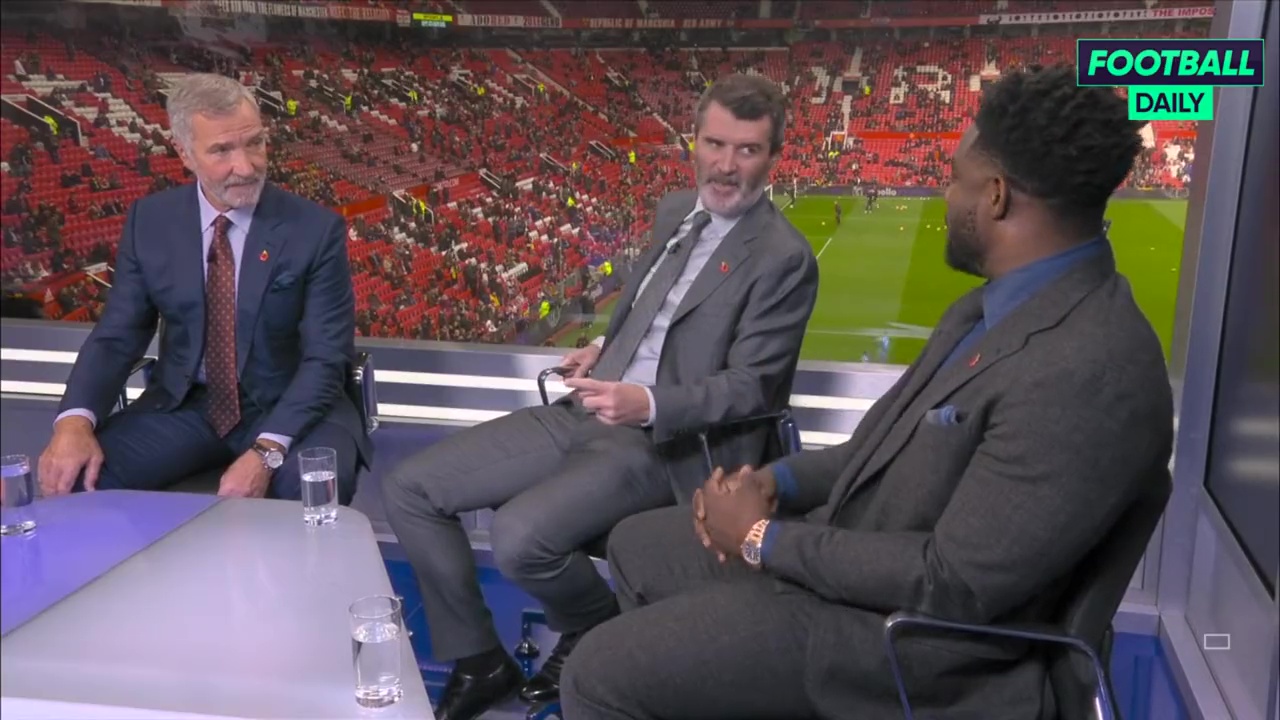