JOE ROOT held all three catches on day one of the First Test – but the merit of his decision to field first was hanging in the balance.

When heavy rain ended play with 35.3 overs unbowled, New Zealand had reached 173-3 and were delighted with their position. 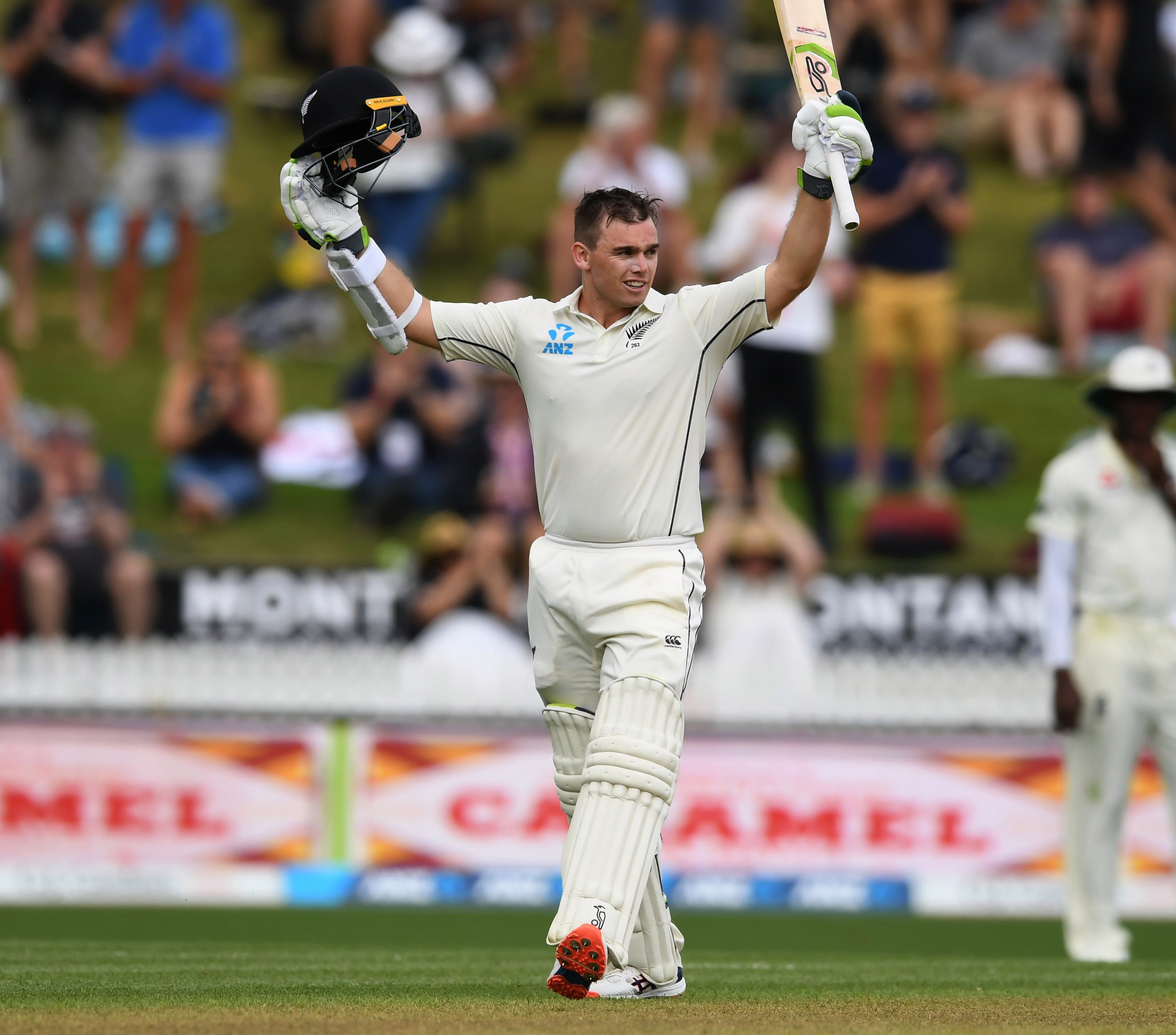 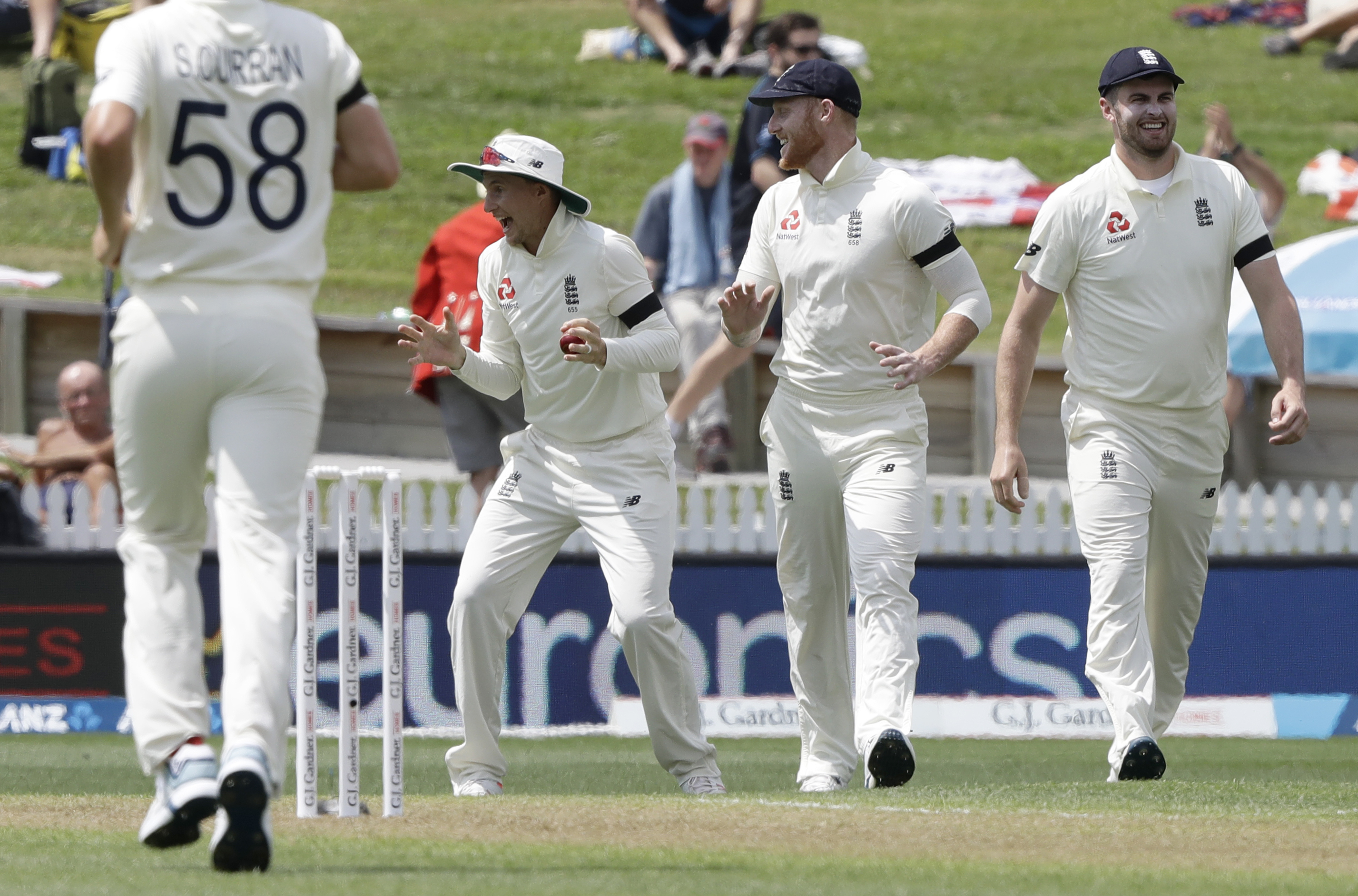 Left-handed opener Tom Latham was 101 not out and veteran Ross Taylor made an accomplished half-century.

Chris Woakes, brought into the team at  the expense of spinner Jack Leach, captured two of the wickets but Root would have been hoping for more.

And there was the additional worry for England of Ben Stokes experiencing pain in his left knee after bowling just two overs.

The medics will decide whether he is able to bowl on day two.

Root and head coach Chris Silverwood had some big decisions to make before the game even started.

With Jos Buttler ruled out after hurting his back in the gym, Ollie Pope was forced to play as an emergency wicketkeeper having done the job in just five first-class matches in his career.

As it turned out, Pope performed a more than adequate job behind the stumps.

Kent batsman Zak Crawley made his international debut as Buttler’s replacement and is slated to bat at No.6.

The decision not to have a proper reserve ‘keeper on tour – such as Ben Foakes or Jonny Bairstow – brought an angry response from ex-England and Surrey batsman Mark Butcher.

He added: “The XI for the previous Test looked sensible but someone’s dropped a bomb on the whole thing. Jack Leach not playing is nonsense.”

Root was twirling away with his part-time spin before lunch which suggested a specialist spinner should have been included. Although the injury to Stokes made Root grateful for the extra seamer..

The most significant decision for Root was to choose to bowl. The pitch looked green and inviting for the quick bowlers – but in reality the ball did little either in the air or off the surface.

Stuart Broad took his first wicket of the series when he had opener Jeet Patel snaffled at slip by Root.

Root held a better catch – plunging low to his right – to remove Kane Williamson for just four and England were looking good with the Kiwis 39-2.

But Latham and Taylor compiled a third-wicket stand of 116 which featured some spanking drives by Taylor and excellent leg-side play from Latham.

Latham was given out lbw to Woakes for 49 but a review showed the ball pitched outside leg stump.

Then Taylor, on 25, was leg before to Broad but the judgement was overturned because third umpire Bruce Oxenford thought he detected an inside edge, which baffled most observers.

Latham was dropped on 66 by Stokes at second slip off Archer and then survived a review by England on 79 because the ball landed outside leg stump.

So there were some alarms but, generally, the pair batted with plenty of authority.

Taylor reached his half-century and then, next ball, flashed hard at Woakes and Root held catch No.3.

Latham’s century arrived courtesy of a thumped drive down the ground off Root. And a few minutes later the rain arrived.