Laura Kenny says there are not too many concerns from within the British cycling squad over their form heading into the Tokyo Olympics.

“Expectations come from how much success we’ve had in the past,” said Kenny. “In Pruszkow the men’s pursuit team did the quickest time they’ve ever done, but it’s just that Australia went quicker.

“That’s tricky but we’ve been there before and I’m sure we can get through it again. It’s not just as though, because the Worlds didn’t go to plan, you throw it out.

“We’ve got targets along the way, stepping stones, and if you’ve bought into the training plan you can still feel pretty confident.”

Kenny will be aiming to keep the Olympic team pursuit and omnium titles she won in both London and Rio next year, but also wants to earn selection for the Madison, new to the women’s Olympic programme in Tokyo. 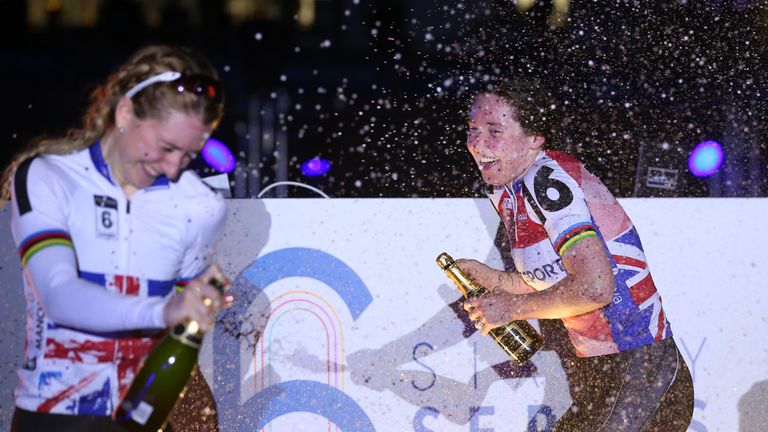 “It’s a funny one because it’s about the connection you have with the other rider,” added Kenny, who is due to partner fellow Olympic champion Elinor Barker when she races at the Phynova Six Day London at the end of the month.

“It’s not about being the best two people. You need to have a relationship, you need to know how they react and change and we’ve been learning that over the summer.”

Six Day London will see the competition for Madison places played out on the track with Katie Archibald partnering Neah Evans and Emily Nelson riding with Manon Lloyd.