You can listen to live coverage of the Europa League final on BBC Radio 5 Live and the BBC Sport website, with coverage starting at 18:30 BST on Wednesday.

Wednesday’s Europa League final will be a London derby like no other, played 5,600 miles from home.

But will Arsenal triumph in Baku to clinch a place in next season’s Champions League, or will Chelsea sign off with some silverware at the end of a turbulent campaign for Blues boss Maurizio Sarri?

BBC football expert Mark Lawrenson has made a prediction for every Premier League game and FA Cup tie this season, and now he is taking on famous fans of both teams to try to anticipate what we will see in Azerbaijan.

For the Europa League final he is up against rapper and Arsenal fan Ramz and Feeder bassist Taka, who supports Chelsea. 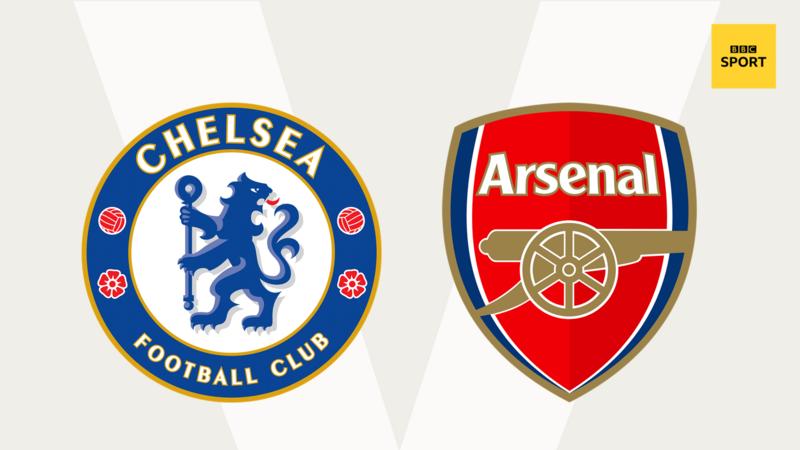 Lawro – ‘This is not just a bad idea, it is actually a mad one’

I can understand why Chelsea and Arsenal fans are so unhappy about this game being played in Azerbaijan.

I don’t believe that a venue has to be set in stone, and of course Uefa could have changed it when they knew that two London teams would be involved.

I do get the idea of Uefa spreading football around and taking finals to different countries, and I also know Baku will have probably spent many months getting everything sorted.

But if the city does not have an international airport, and people cannot get there, which is the case for Blues and Gunners supporters, then what is the point of them hosting a game like this one?

It is bizarre, it really is, but the thing that really demonstrates that this is not just a bad idea but actually a mad one, is the fact that Arsenal midfielder Henrikh Mkhitaryan has decided not to travel because of security fears.

I would not say this game has faded into insignificance, because it is the Europa League final, but because there are two English teams in the Champions League final too, this one has been overshadowed a bit – and all the logistical problems around Baku have belittled it further. 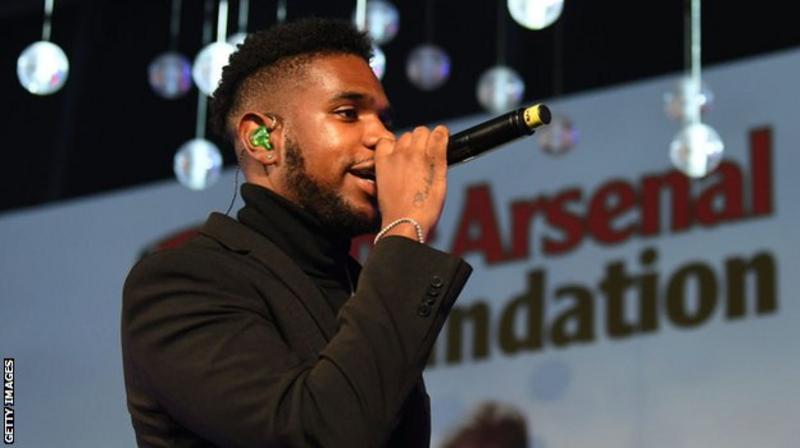 Lawro – ‘Strange circumstances might give us a strange game’

Nobody has been talking about the game itself, which is a shame because I think it could be a really good one. I’d like to think that because of the strange circumstances around this final – with neither team or their fans really wanting to be there – we might get a strange game.

So, I am expecting it to be extremely open, when finals are usually tight.

That’s why I think, whatever the scoreline, there will be a few goals. Who will win it? It is hard to say, because both teams are so inconsistent and both also have brilliant individuals who are capable of being match-winners.

Chelsea’s Eden Hazard is one of them. This is almost certainly his last game for the club, with Real Madrid circling, and that probably just tips the tie in the Blues’ favour for me.

Arsenal’s Pierre-Emerick Aubameyang and Alexandre Lacazette are game-changers too, but Hazard is at a different level. He will want to sign off on a high and I just feel, one way or another, he will get Chelsea over the line.

It is a shame Aaron Ramsey is not fit enough to play for the Gunners one last time before he joins Juventus in the summer, because he could have had a similar effect.

The incentive for Arsenal’s players is that they need to win to get in the Champions League, whereas Chelsea have already made it.

Win or lose, Unai Emery’s future is not in doubt – unlike his Chelsea counterpart Sarri – but whether they qualify or not will make a huge difference to what the club can spend on their squad and who they can attract in the summer.

Hazard is still the reason I am backing the Blues to come out on top, however.

And, given the background to this game and who can and cannot get there, wouldn’t it be ironic if Chelsea win something at a venue where their owner Roman Abramovich – who has had issues over his UK visa and has not been to see them play competitively for over a year – is able to go and watch.

This is modern football. Crazy, isn’t it?

Ramz – ‘I feel comfortable, Arsenal know how to beat them’

“Pierre-Emerick Aubameyang and Alexandre Lacazette are both on form for us, whereas Chelsea are missing Ruben Loftus-Cheek and Callum Hudson-Odoi. N’Golo Kante is a doubt too.

“Of course a lot depends on how well Eden Hazard plays for Chelsea but, if we can keep him quiet, then I think we have got the advantage going forward.

“A win is so important for the future of the club because it means we will qualify for the Champions League, and having that as incentive is another reason why I think we will get the result we need.

“As an Arsenal fan, I’ve seen some bad times recently, and in the past I would not be looking forward to playing Chelsea because I would think we would get absolutely battered.

“This time, though, I actually feel really comfortable. We know how to beat them – we won 2-0 in January, when we played well. 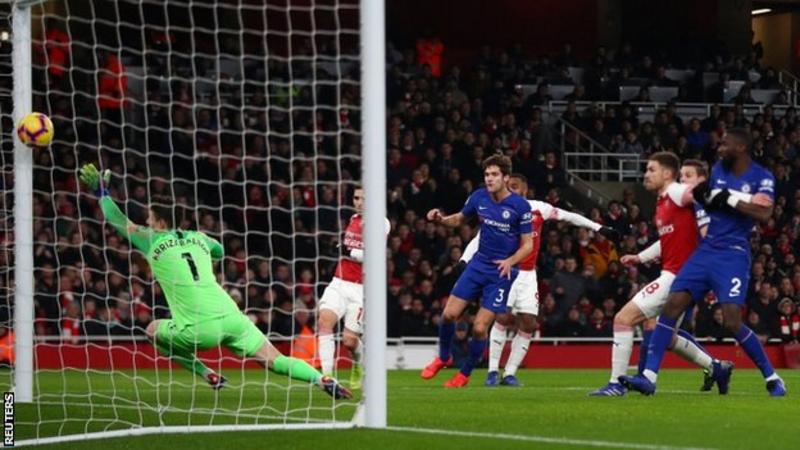 “We have not been great at the back but I think we have been unfortunate. Rob Holding, who is a good friend of mine, got injured before Christmas and he has been a big, big miss after making a really strong start to the season.

“We’ve got to make it back into the Champions League, though. I can’t do another year of the Europa League.

“Just going to the stadium for the games, whoever we are playing, does not feel special. It is hard to get excited and there is not the same atmosphere as when you have got a Champions League game.

“If we do win, and qualify, then I think it will have a knock-on effect for the summer and the players we will be able to sign, so it is a big moment for the club. If we don’t get in, then we could see some people leave.” 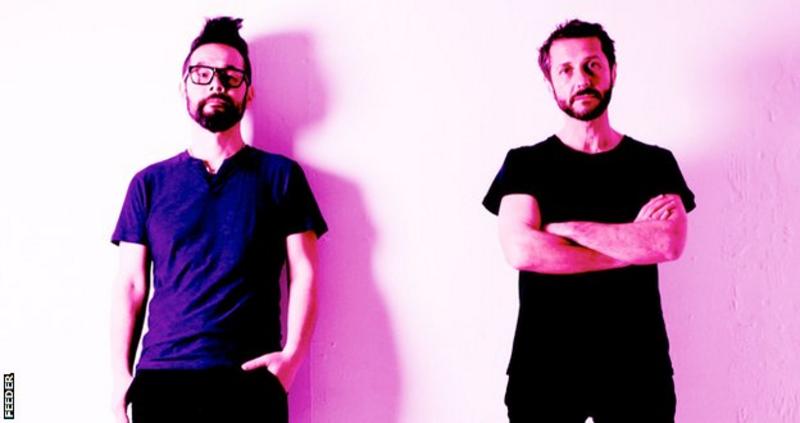 Taka – ‘Chelsea to win, but it is going to be close’

“You often find that you have a gig on the same night as these big European games. When Chelsea beat Barcelona in the Champions League semi-finals in 2012, we had a gig in Bristol.

“I was watching the game on my computer until the end of the first half and when I switched off to go on stage I thought we had no chance – we were 2-0 down at the Nou Camp, 2-1 behind on aggregate and John Terry had been sent off.

“When I finished, everyone was texting me saying ‘well done Chelsea’, ‘amazing’ and all these things. I was just thinking: ‘What is going on?’ That was the ultimate surprise result, especially Fernando Torres’ late winner.

“We were on tour in the United States when we beat Eintracht Frankfurt on penalties in the semi-finals but we had a day off and managed to get the bartender in a sports bar in Washington DC to change one of his 20 screens to show the football.

“We are playing in Belfast on the night of this year’s Champions League final but luckily we are free on Wednesday.

“It is hard to call who will win because it is a derby game. As much as I’d like Chelsea to win, I think our chances are 50-50 and so much depends on who plays better on the day. 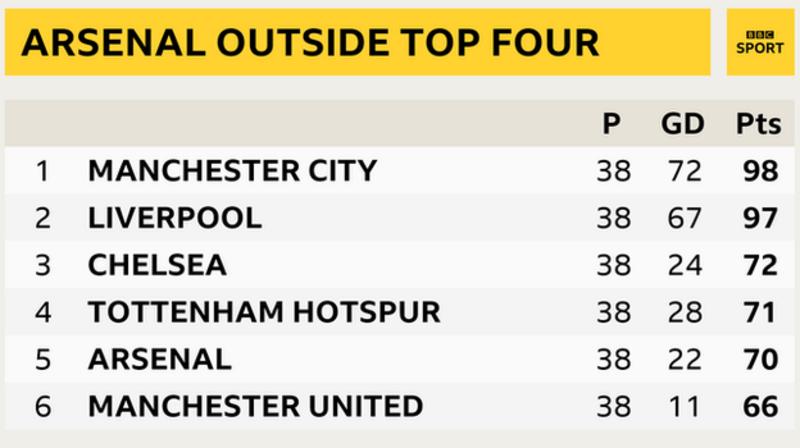 “I would love to predict a big win for Chelsea but really it is going to be a lot closer than that, because both teams know each other so well.

“There are lots of possible storylines, and people have been talking about how it could be Eden Hazard’s last game for Chelsea. He has been a great player for us.

“But it is definitely Arsenal goalkeeper Petr Cech’s last game before he retires – and it is against Chelsea, where he played for so long – so how he plays is going to be very interesting.”

How did Lawro do last time?

Lawro correctly predicted the outcome of the FA Cup final, but by going with a score of 2-0 he underestimated the size of Manchester City’s superiority over Watford.

Radio 1 DJ Annie Mac also wrongly thought it would be close, going for a 2-1 City win, but Radio 1Xtra’s Reece Parkinson was a lot closer to the mark by going for a 4-1 victory for Pep Guardiola’s side.