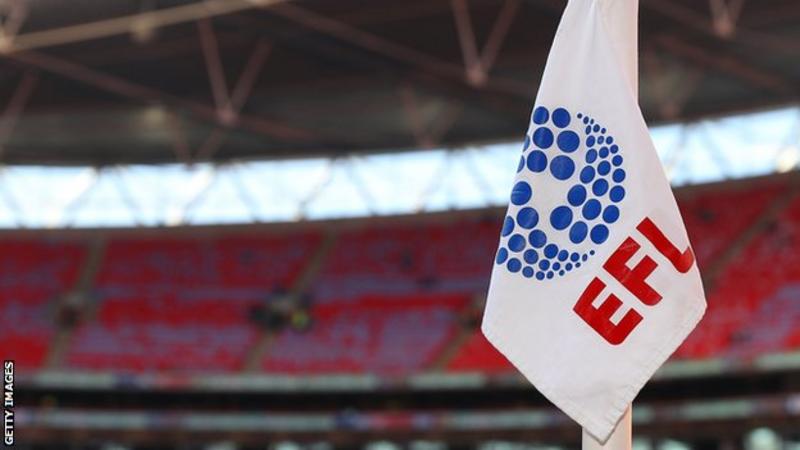 League One and League Two clubs are set to vote on whether or not to end their seasons after new regulations about how to end a campaign early were approved.

League tables will be settled by a points-per-game format, while promotion and relegation both remain in place.

League One and League Two teams are due to vote later on Tuesday.

Elite football in England has been suspended since 13 March because of coronavirus, with only the Premier League and Championship so far committing to resuming their seasons later this month.

In order for a campaign to be curtailed, 51% of sides in any given EFL division need to agree to it – which could pave the way for the League One season to be cancelled after teams had previously been split over a resolution.

Talks stalled after at least six clubs in the third tier, including Sunderland, Portsmouth and Ipswich Town, said they wanted to continue the season.

In a statement, the EFL said fresh proposals were submitted by Barnsley and Tramnere Rovers, while further amendments were put forward by Lincoln City, Stevenage and Ipswich Town.

It said the EFL board’s own framework, initially outlined on 21 May, was “overwhelmingly” agreed upon by its 71 clubs.

“The board has endeavoured to listen to all views and alternative approaches but understands that the decisions taken will not be met with universal satisfaction from all clubs,” said EFL chair Rick Parry.

“Today’s outcome ensures that the league and its clubs remains as faithful as possible to the previously agreed regulations and that there is consistency in the approach adopted across the EFL in all divisions if required.”

The EFL confirmed that clubs in League One and League Two will now “meet by division” to “formally determine” whether or not to end the season.

If clubs in League One choose to end their season early, this is how the table will finish:

If, as they indicated in May, teams in League Two formally end their season on Tuesday this is how the table will finish: