The Los Angeles Lakers season went off the rails when LeBron James went down with a groin injury on Christmas and when Anthony Davis requested a trade from the New Orleans Pelicans.

With the team spiraling with its best player sidelined, the trade rumors involving nearly everyone on the roster only added drama.

The optics also didn’t look great for James when he created some controversy by admittinghe would love to play with Davis. 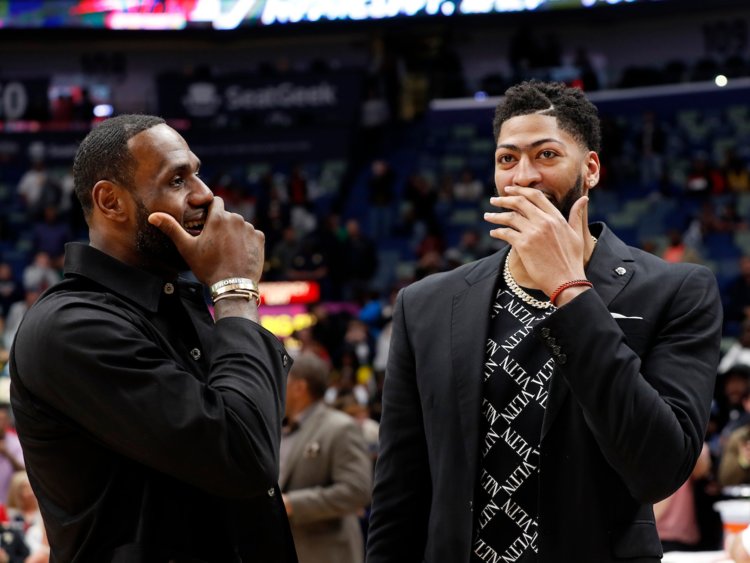 There was a perception that LeBron James was trying to orchestrate a trade for Anthony Davis.Tyler Kaufman/AP Then, Davis requested a trade through his agency, Klutch Sports, which is run by Rich Paul, James’ agent, and childhood friend. It appeared James was trying to help facilitate a Davis trade, and it hurt the Lakers’ chemistry.

Read more: The aftermath of the Anthony Davis trade saga has turned ugly for the Lakers and the Pelicans

“Every guy on our team, LeBron was their favorite player growing up,” Rondo told Bucher. “Everyone had the shoes, his jersey. You’re the biggest fan in the world. It’s like you’re playing with MJ, and then you get there, and it’s like your mom and dad, or the person that you looked up to and idolized, doesn’t want you.”

Rondo said the trade buzz was even affecting older, veteran players on the roster, not just the Lakers’ young players.

“Even some of the old guys were affected,” Rondo said. “I can’t say a name, but I remember me and the guy were on the bench for the Atlanta game right before the [All-Star] break. The guy was cussing and talking bad about the situation during the game. I was like: ‘Snap out of it. That s— is over with. We’ll get through it. As vets, we have to move forward and not focus on what the young guys are focusing on. Set an example.’ It was a little crazy to see a vet distraught over that.”

Rondo said the constant injuries to key players hurt chemistry, and that few players were willing to have a face-to-face conversation about the issues.

ESPN’s Baxter Holmes wrote in May that some within the Lakers saw Paul as a disruptive presence on the Lakers, getting more access to Lakers facilities than most agents.

Holmes also reported that Paul told NBA commissioner Adam Silver that he didn’t think Luke Walton was the right coach for James and the Lakers. Silver later confirmed the conversation.

Read more: LeBron James’ agent reportedly complained to the NBA commissioner that Luke Walton was not the right guy to coach the Lakers

Rondo, however, disagreed that Paul was intrusive.

“He wasn’t around that much,” Rondo told Bucher of Paul. “I’m not a fool, but he doesn’t have a dominant personality; he’s not, ‘Look at me.’ He’s super chill. We’ve had a lot of conversations. I didn’t see him as a threat or controlling anything at all.”

The Lakers reportedly remain involved in the pursuit of Davis. They face a big summer in which they’ll try to add a star free agent or two around James.