LEEDS player Samuel Saiz’s stunning partner Elena Milla laughed off reports of his arrest – as she posted footage of him relaxing at an Ibiza beach club.

The 28-year-dad-of-two, currently on loan to Madrid side Getafe, was reportedly held on Tuesday morning as part of a high-profile Spanish police operation against match-fixing. 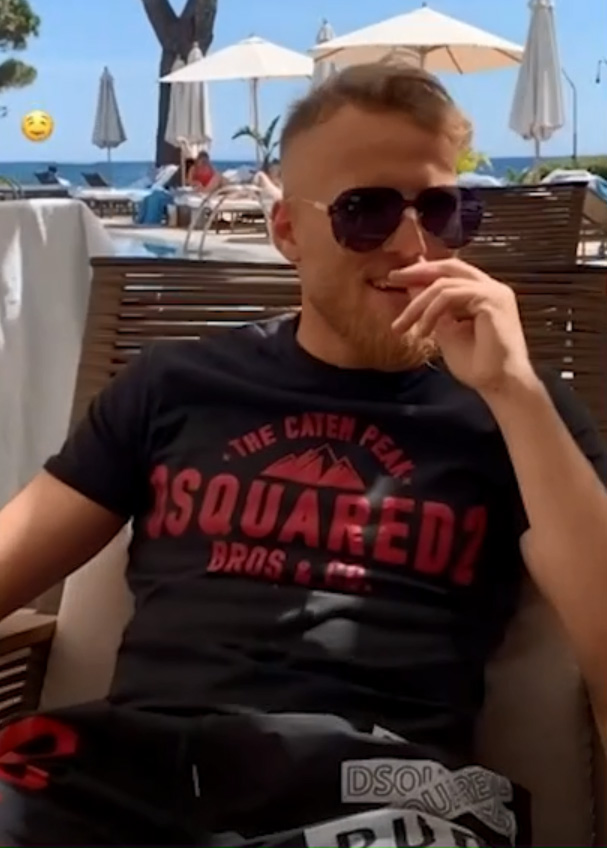 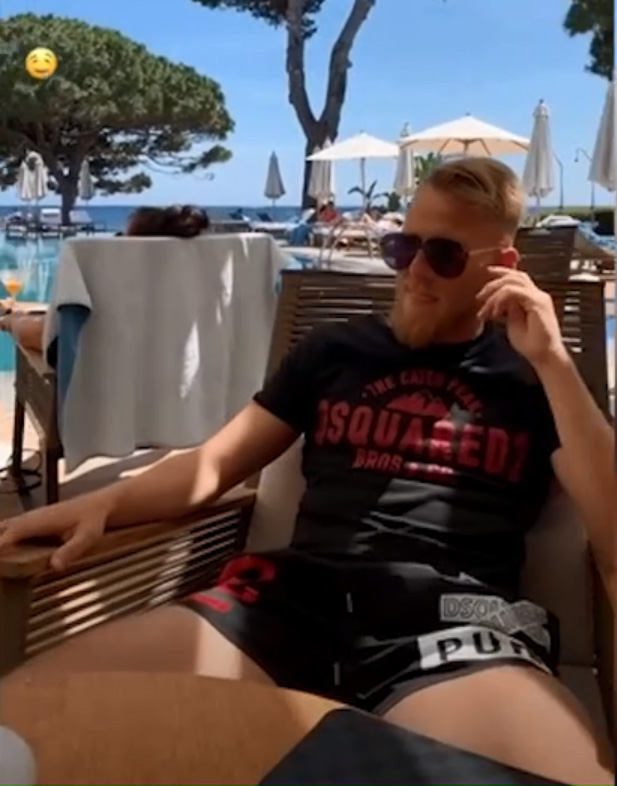 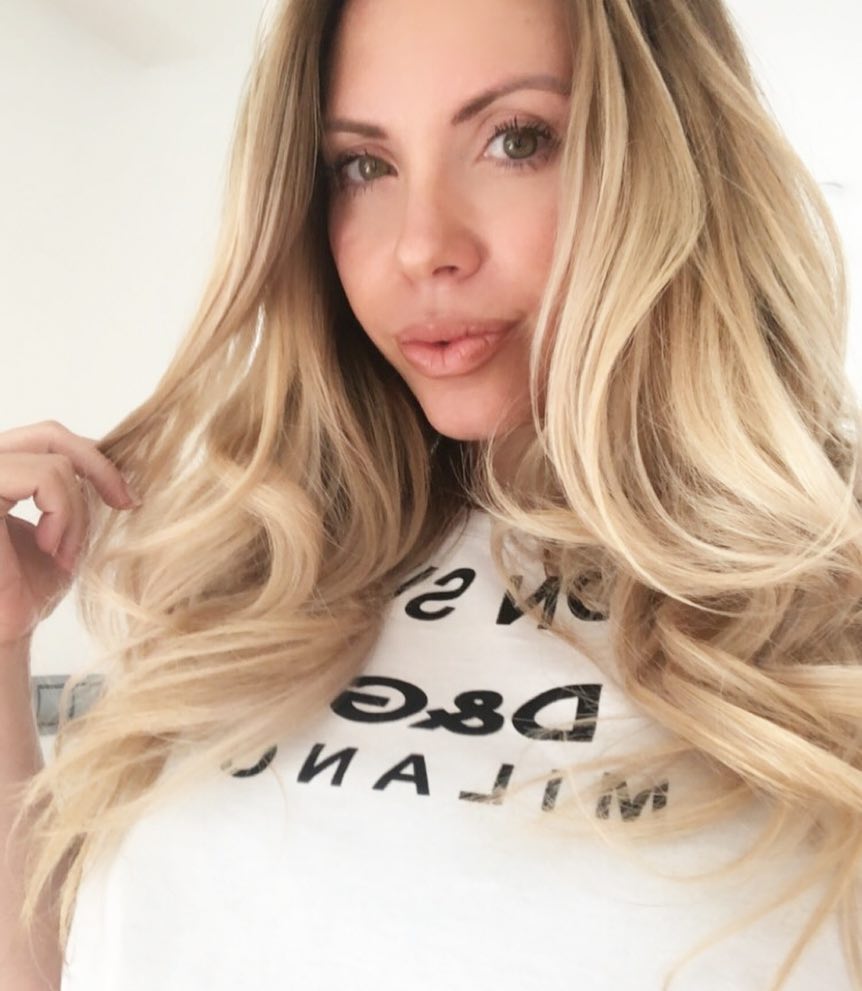 Spanish radio station Cope corrected other local media reports soon after the news broke by saying he was under investigation but had not been formally arrested.

Today well-placed sources close to the case confirmed he had been questioned at a police station in Ibiza before being allowed to continue his holidays.

The source said he was expected to be summonsed before an investigating judge probing the alleged match-fixing scandal at a future date, although it is not clear if he will asked to give evidence as a witness or suspect.

Six detainees held on Tuesday by Spanish police are due in court on Thursday in the northern-eastern city of Huesca, where the investigating judge leading the judicial probe is based.

They are understood to include former Real Madrid player Raul Bravo, an ex-international who was a teammate of David Beckham at the Spanish giants and also had a brief loan spell at Leeds.

Huesca president Agustin Lasoasa will also be among the six suspects hauled to court for Thursday’s hearing, which will take place behind closed doors as is normal in Spain where only trials are held in public.

The preference was for targeting one of the captains. Once they agreed to the match-fixing, the money was always paid in cash and in two stages, one before the game and once after the game when the required result had been achieved.

The judge will decide whether to release them on bail or remand them to a nearby jail after questioning them.

Formal charges are only laid in Spain shortly before trial.

Spanish police confirmed just before 2pm local time on Tuesday – several hours after news of the detentions first broke – that they expected to arrest 11 people as part of an operation targeting match-fixing including current and retired first and second division players.

Officers did not refer to the players by their names in a statement and a spokesman for Spain’s National Police said she was unable to say whether they included Samuel Saiz.

The force explained in its statement how the fixing took place, from the selection of games which were ideally at the start or end of the season though to the process of recruitment.

The spokesman said: “The preference was for targeting one of the captains. Once they agreed to the match-fixing, the money was always paid in cash and in two stages, one before the game and once after the game when the required result had been achieved.

The force tweeted later on the same day: “The tenth suspect in the professional football match-fixing network has been arrested in Ibiza. The operation remains ongoing.”

Oscar Egido, a journalist for another Spanish radio station called Cadena Ser, tweeted: “Getafe Football Club is informing journalists who follow the team that Samuel Saiz is not under arrest at the moment and is on holiday with his family.

“At the moment they are not going to make any official announcement about the alleged match-fixing.”

Rival radio station Cope is now saying Saiz attended a police station “voluntarily” and insisted he had nothing to do with any match-fixing before being allowed to leave.

The matches understood to be at the centre of the match-fixing investigation are a May 18 LaLiga match between Valladolid and Valencia which ended in a 2-0 away victory for Valencia, a second division match in May last year between Huesca and Nastic de Tarragona which Nastic won away 1-0, and a third division match where attempts to throw the game are believed to have been unsuccessful.

El Periodico de Aragon, a daily newspaper which covers the city of Huesca, reported today players who agreed to try to help throw matches were paid between £8,800 and £17,600 according to their cache and the importance of the match. 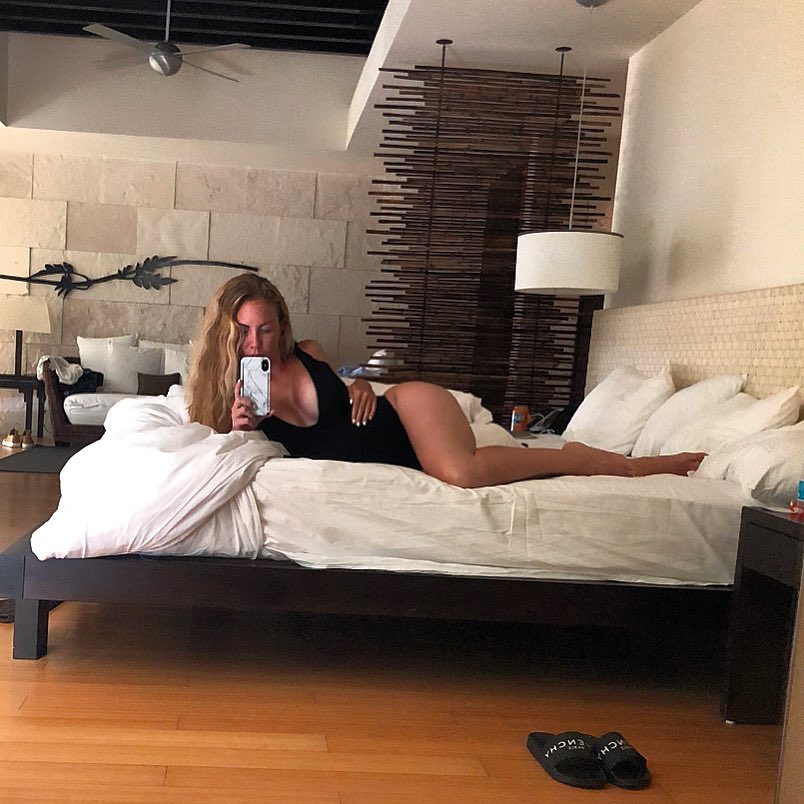