MANCHESTER CITY stars were pelted by plastic cups of BEER as they celebrated Joao Cancelo's opener against Club Brugge.

The bizarre incident occurred on the half-hour mark after Cancelo fired City ahead in Tuesday's Champions League clash. 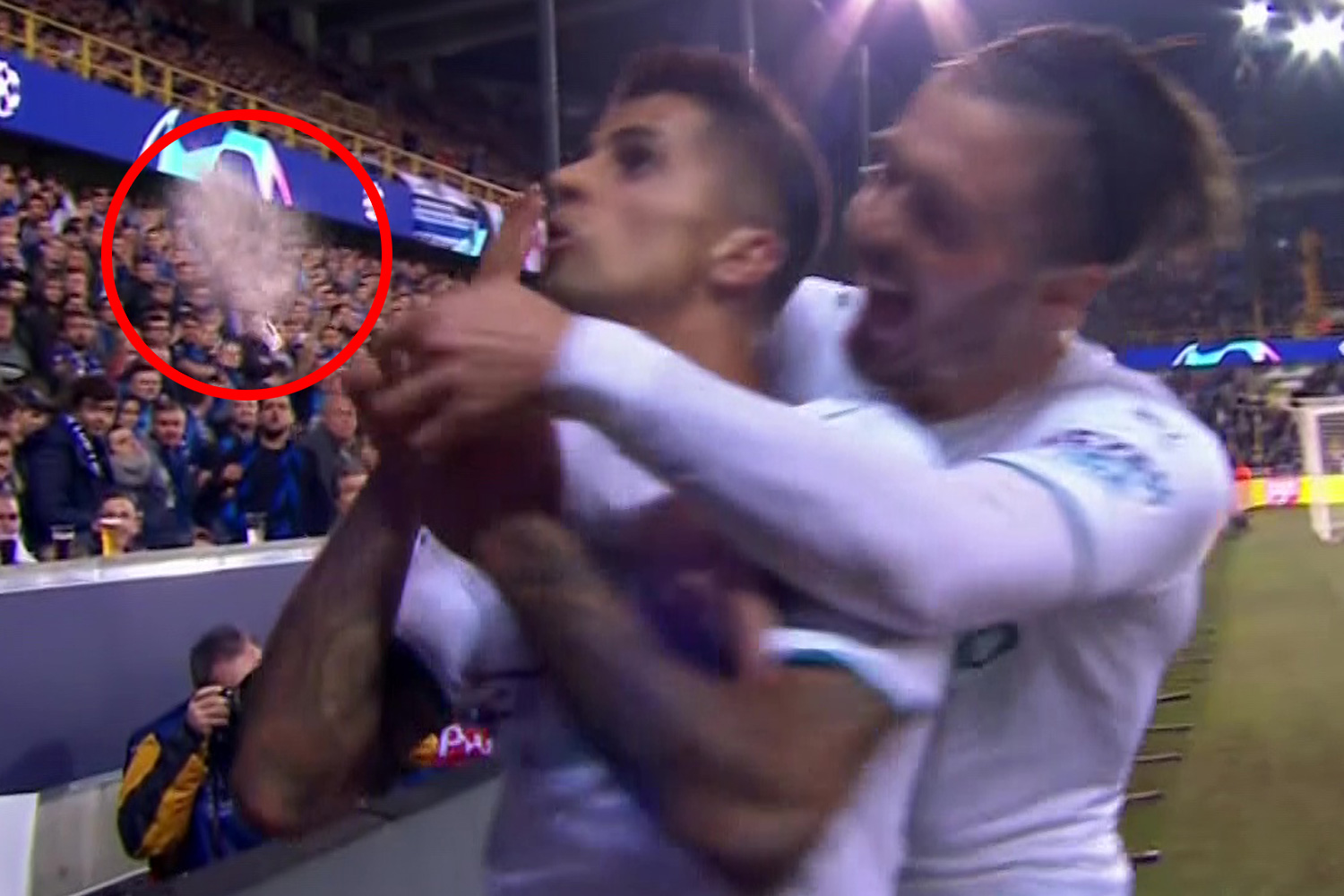 The Portuguese defender was played in by Phil Foden as City dominated proceedings in Belgium.

And he fired home with aplomb using a real striker's touch.

Cancelo was mobbed by teammates as he charged towards the corner flag in front of Brugge fans.

And things turned sour when several cups of beer were hurled in the City players' direction.

The likes of Jack Grealish also got soaked by the alcoholic beverage.

But the City stars took it in their stride as they pressed home their advantage.

City ensured they went in at the break with a healthy lead when Riyad Mahrez netted a penalty moments before the whistle.

The Algerian was brought down inside the Brugge box after a well-worked move.

And Mahrez tucked his effort firmly away to double City's lead.