HARRY MAGUIRE is out of action with a calf injury for three weeks.

That means the Manchester United captain will miss both their key games this week against Villarreal and Everton. 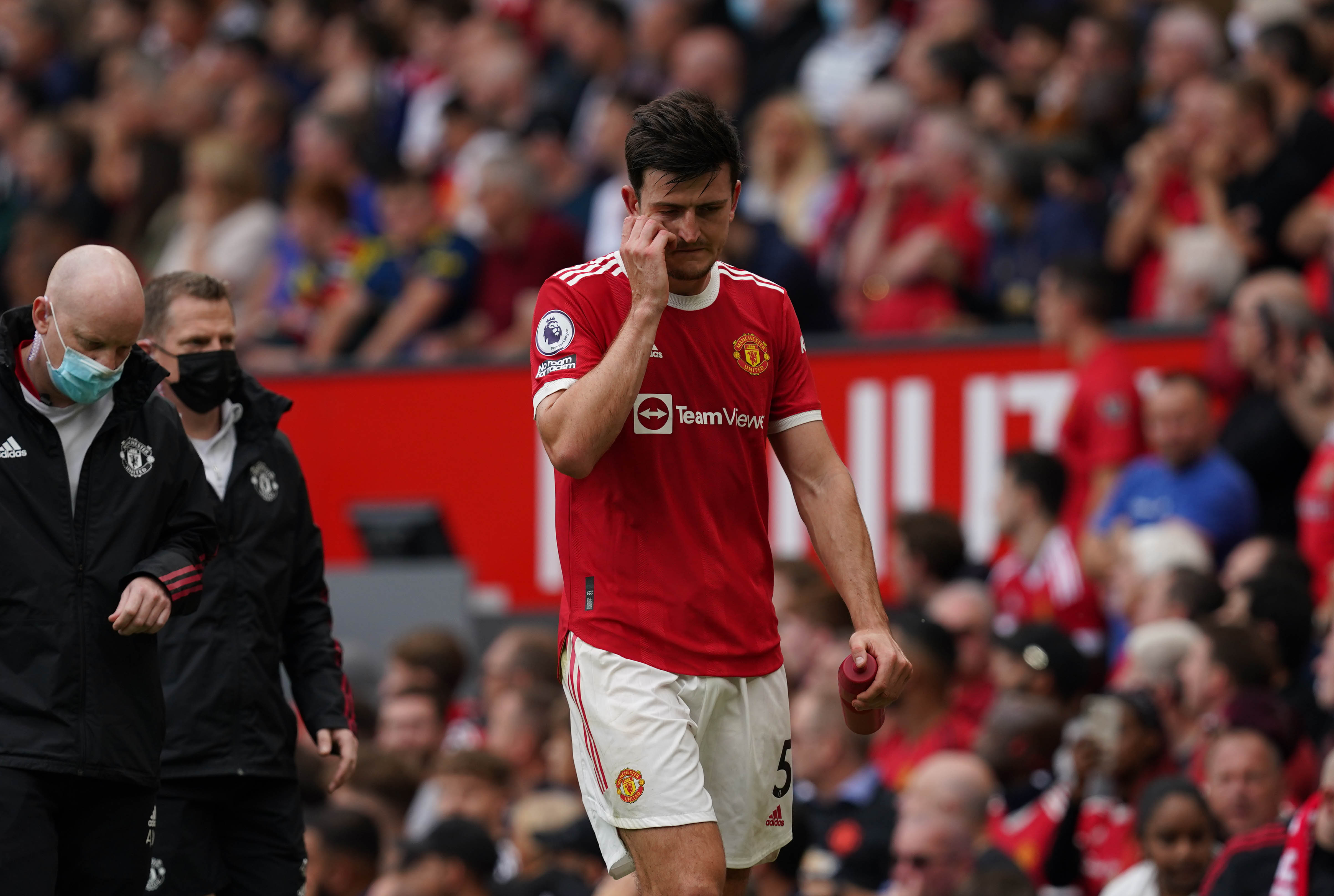 He will also have to withdraw from Gareth Southgate’s England squad missing the games away to Andorra and at home to Hungary.

It is a big blow for club and country to be losing their key central defender after he limped out of United’s 1-0 defeat to Aston Villa on Saturday.

There could be a double blow too with Luke Shaw also a doubt for tonight after suffering a knock that saw him come off in the first half of that game against Villa.

United boss Ole Solskjaer said: “ Luke has been in today so I'll give him a chance to be involved, he didn't train with the team.

“Harry is more or less definitely out it doesn't look good it might take a few weeks.”

United will also be without right-back Aaron Wan-Bissaka after he was sent off in the Red Devils opening group encounter away to Young Boys which they lost 2-1.

It will mean a return to action for both Victor Lindelof and Diogo Dalot while Alex Telles will be ready if Shaw does not make it.