MANCHESTER UNITED defender Victor Lindelof tattooed a fan – and was amazed how good it was as he only got a B in Art.

Swedish footie fan Anders Thornvall asked the Red Devils central defender and Sweden team-mate John Guidetti to give him a tattoo after winning a competition to sponsor Sweden's international with Spain. 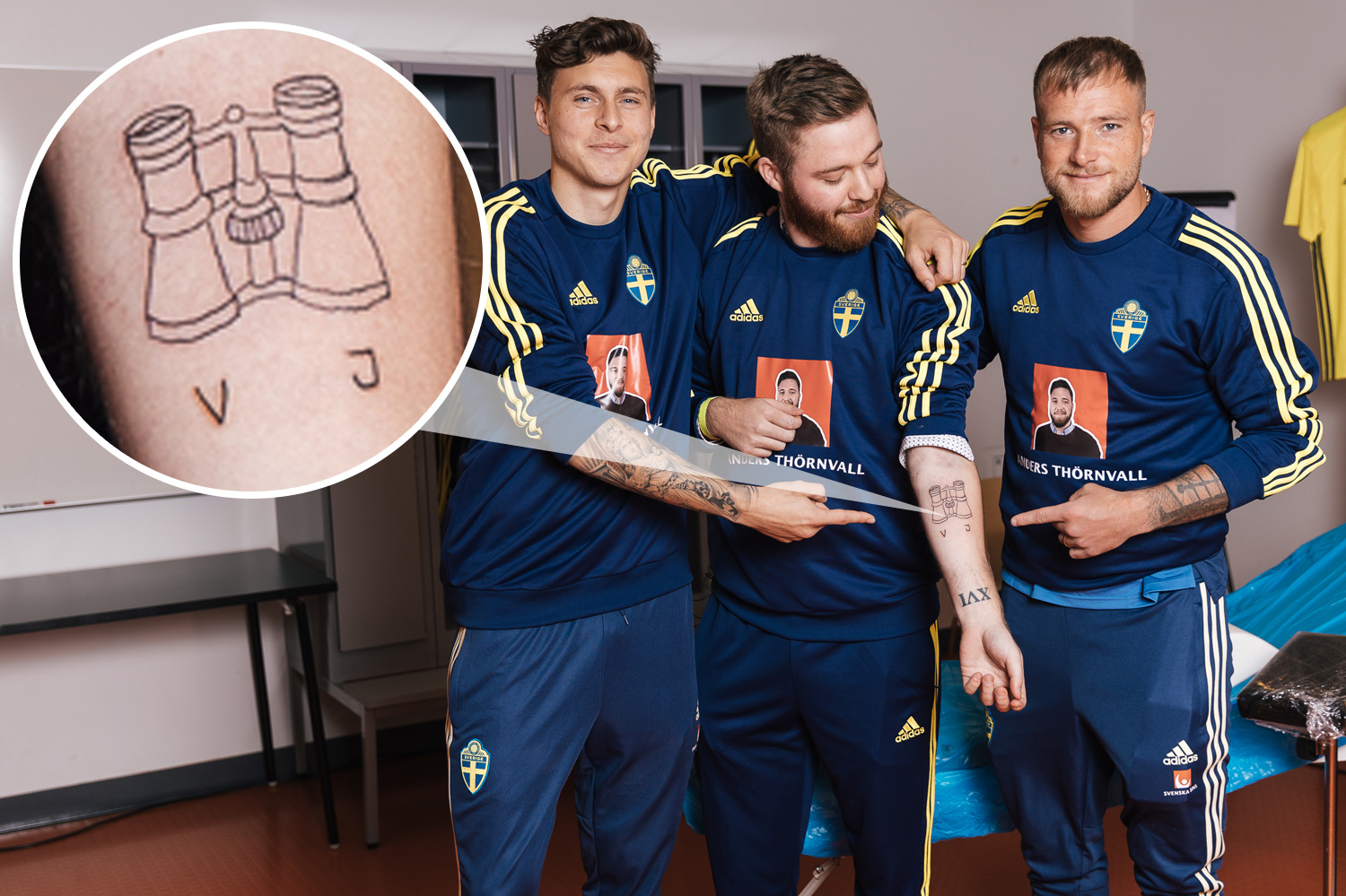 Lindelof, 25, said: “That was a fun start to the sponsorship. Even though I had B+ in art class, I was worried for Anders' sake that the tattoo wouldn’t come out right, but it ended up being really good.”

Thornvall won a competition to take over as the main sponsor of the Swedish Football Association from its ordinary  sponsor, state owned gaming company Svenska Spel.

In his role as main sponsor, he asked national team players Lindelof and striker Guidetti to give him a tattoo.

Thornvall, a 25-year-old salesman from Stockholm, was given Svenska Spel’s stadium advertising space for the Euro qualifier against Spain, along with all sponsorship activities for the national team.

He said: “I’m living the dream. Being the main sponsor and allowing my favourite players to tattoo me – it’ll be a memory for life!

"Both John and Victor took the task seriously and were also really nice. I wish I could be the main sponsor for life so I can continue to hang out with them.”

To help the players, and to ensure the quality of the equipment, Thornvall had invited tattoo artist Andy Blanco, who has tattooed both Sweden internationals on several occasions.

In case the players weren’t as good with their hands as with their feet, Blanco was ready to step in – but in the end there was no need.

The players did a brilliant job and tattooed a pair of binoculars all by themselves.

Guidetti, 27, said: “What a brave main sponsor Anders is, and what an honour that he chose us. I’ll remember this forever.”

Lindelof added: “I’m beyond impressed by John – he can even come and tattoo me next time."