LUKE SHAW could be a doubt for Manchester United’s clash with Chelsea after appearing to suffer possible concussion against Watford.

The left-back, 26, started in Saturday’s 4-1 horror defeat at Vicarage Road. 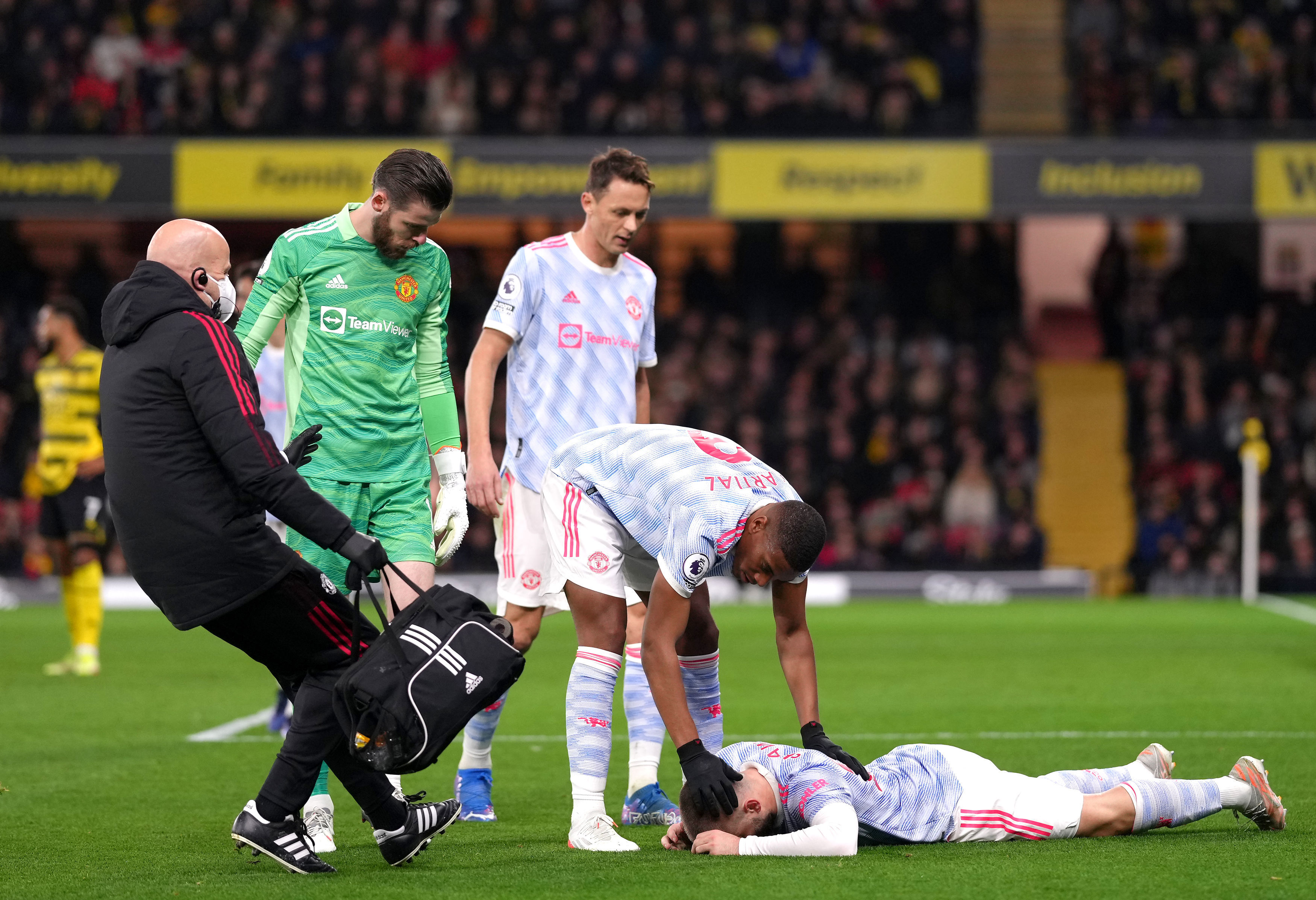 But Shaw didn’t last the whole 90 minutes as he was flattened in a collision with an opponent.

Shaw lay face-down on the turf as medics rushed to check on his condition.

And the defender was promptly withdrawn via the concussion sub protocol, which was implemented at the start of the Premier League season.

United are yet to issue an update on Shaw’s condition.

And it remains to be seen if the full-back can play in next weekend’s clash against league leaders Chelsea.

United will already be without injured French duo Raphael Varane and Paul Pogba.

Mason Greenwood is also unlikely to feature after testing positive for coronavirus.

And captain Harry Maguire will also miss out after receiving a red card against Watford.

Before Chelsea, United must first negotiate a tricky Champions League test against Villarreal.

And they are set to do it without manager Ole Gunnar Solskjaer.

SunSport understands he will be sacked within the next 48 hours after Saturday’s defeat to Claudio Ranieri’s side.