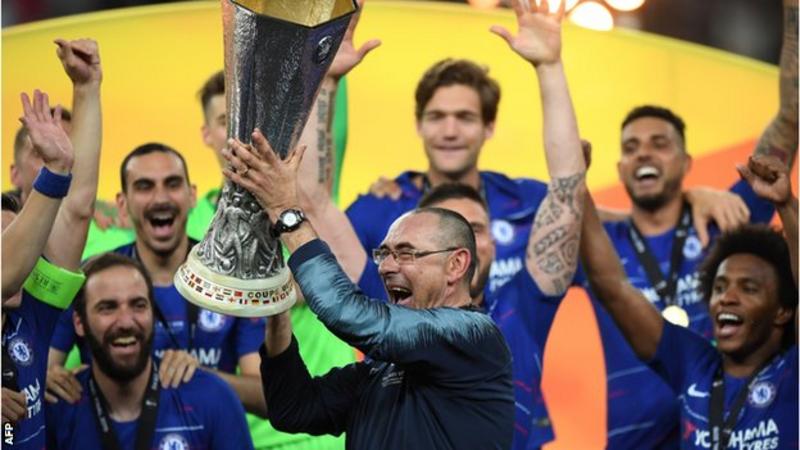 Chelsea manager Maurizio Sarri says he misses Italy amid reports he could leave the club to join Juventus.

Sarri’s future has been the subject of debate all season despite only moving to Stamford Bridge from Napoli last summer.

The 60-year-old led Chelsea to third in the Premier League, the Carabao Cup final and won the Europa League in the final against Arsenal on 29 May.

“For us Italians the call of home is strong,” Sarri told Vanity Fair.

“I feel that something is missing. It has been a heavy year. I begin to feel the weight of distant friends and elderly parents I rarely see.

“But at my age, I only make professional choices. I won’t be able to work for 20 years. It’s hard work, the bench.”

Sarri says his relationship with the Napoli fans will not change even if he does move to a rival Italian club.

“The Neapolitans know the love I feel for them. I chose to move abroad last year and not to go on an Italian team,” he said, having managed them from 2015 to 2018.

“The relationship will not change. Loyalty is giving 110% when you are there. What does it mean to be faithful?”

Sarri, who is due to hold talks with Chelsea about his future, said he thinks he “deserves” to stay at the club after their 4-1 Europa League final victory.