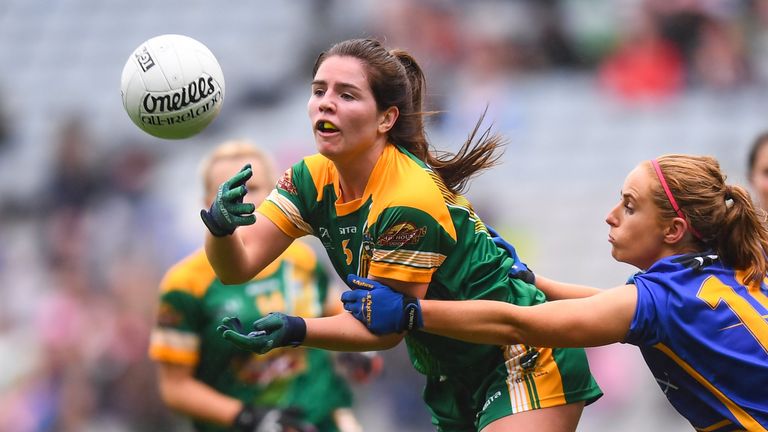 There is little doubt what Shauna Ennis’ ambition is for 2020 after suffering the heartbreak of losing consecutive TG4 All-Ireland Intermediate finals in the past two seasons.

The Meath centre-back and vice-captain played in both the 2018 loss to Tyrone and last year’s cracking decider against Tipperary, but after a positive return to Division 2 of the Lidl National League, she thinks Eamon Murray’s side have the ability to go one better later this year.

In the last week, all of Ennis’ focus has gone on containing her excitement at returning to club football and camogie training. There was a heart lifting hour-and-a-half dual session for the Na Fianna players, and with games to come in the next week or so, the primary school teacher is already thinking of hearing that first whistle.

“It has been a really long time away from the game for us. We were out on the pitch last week for the first time with the club and it was great to get back out there. It was great to see everyone again. It has been a long old trek,” said 26-year-old Ennis.

“It was like going back to school. Everyone was delighted running around. It was a very hot evening for it, we were all panting by the end of the first session.

“There are only so many Zoom drills you can do. It was getting very tough in the last few weeks before we got back. No matter how many motivational quotes you read, it is hard to keep going.

“There were loads out. I’d say we had between 25 and 30 girls out on the night, so it was a great turnout. It was non-contact to start with so there was a lot of ball drills involved. It was all about trying to get the touch back.

“My club plays senior football and camogie, so to start off we did 45 minutes of each, which was lovely. It was good to get a feel for both games again.” 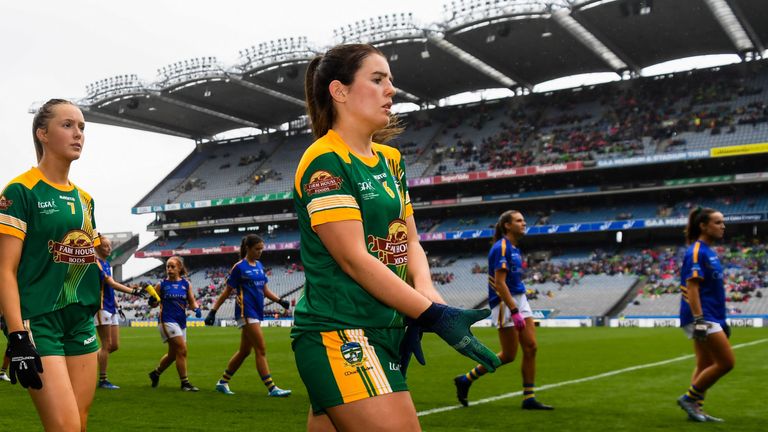 It was like going back to school. Everyone was delighted running around.

Ennis is thrilled to be back

While last week’s TG4 Championship draw has set the pulses racing even further, Ennis still knows there is another three months to go before she can tog out in the county colours once again.

Meath have been grouped with Leitrim and Down in the TG4 Intermediate Championship, but as a seeded team, the Royals managed to avoid some potential banana skins in the final pools.

“The only real difference this year is that there is no provincial championship and ahead of the pools we have last year’s three semi-finalists and Westmeath as the seeded teams,” Ennis said.

“Down will be a good test for us and Leitrim will be a tough one too. Obviously there were very tricky teams out there who weren’t seeded. The likes of Clare, who beat us in the league, and then Wexford who beat us in the Leinster final last year. We had a really tough game against them after that in the All-Ireland quarter-finals. Kildare are another in-form team, so there are a couple of real tough groups out there.”

After the disappointment of losing to Tipp in last year’s final, the months that followed were very important for a youthful Meath side. Manager Eamonn Murray’s decision to stick with the team was a huge lift for everyone according to Ennis, and she thinks they were making great progress before the season was halted.

“I think the first year, after we lost to Tyrone in the 2018 Final, it was all very new to us. I think we were very happy to just have reached the All-Ireland final,” she continued.

“Last year was different. Against Tipperary we had seen ourselves as real contenders. That loss was definitely a lot tougher to take.

“I think the fact that our management decided to stay with us was a big thing. Things could have went either way if they hadn’t decided to stay on. We really wanted them to stay so we were very happy with that. 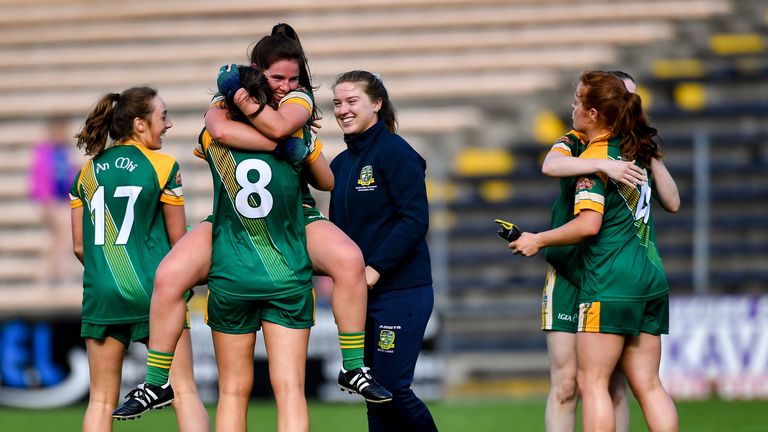 “That gave us a big boost then coming out of the winter. When you are looking at it you want to think it will be third time lucky. We really want to push on this year and hopefully do it.

“It’s seems so long ago now thinking back on the league. We were in second place, Kerry were in first, and the top two would have made it into the final. We were hoping that we’d be able to finish it out, but it wasn’t to be. That would have been a huge achievement for us after coming up from Division 3 last year. We were very happy with how we went.”

If Ennis and Meath make it to a third straight TG4 Intermediate final, it will be touching Christmastime by the time they get to return to Croke Park.

“The noise of the crowd is such a big thing in Croke Park. I imagine it will be so hollow or something without the background noise of the crowd. It’d be very strange, but I think everyone knows what our target for the year is at this stage,” she said.

“We are not going to be able to get together until September, so we have all of July and August to get our club championship done and dusted. We’ll be doing training with the club until then, but I can’t wait to get back together in September.