You can’t put a price on Messi… or maybe you CAN! Argentina’s Central Bank ‘is plotting to put Lionel Messi’s face on a 1,000 peso BANK NOTE’ to mark nation’s World Cup win in Qatar

So, it turns out you can put a price on Lionel Messi.

After the talismanic forward guided Argentina to their first World Cup win since 1986 in Mexico, Messi has been at the centre of discussions to have his face put onto a new 1,000 peso bill.

According to newspaper El Financiero, the Central Bank of the Republic of Argentina are eager to mark the national team’s historic win in Qatar and have been working on ideas since before the epic 4-2 shootout win in the final over France. 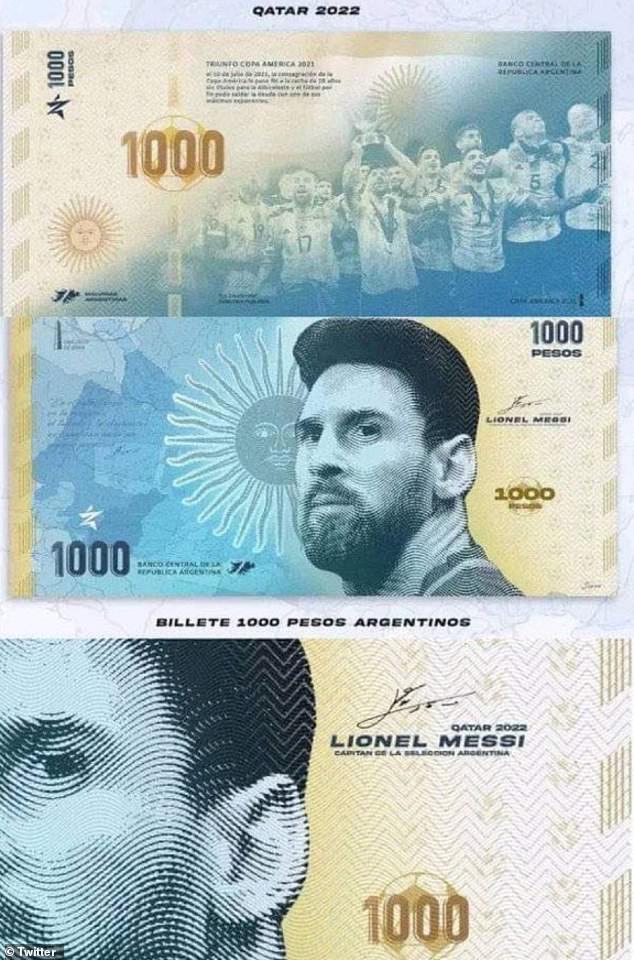 Mock-ups of the 1,000 peso note being discussed has since gone viral – with fans eager to see it enter circulation.

It is detailed in EF that a key part of the reason behind the 1,000 bill is that it begins with a ’10’ – Messi’s shirt number for Argentina.

While Messi’s grinning face is on one side of the note, this group’s nickname ‘La Scaloneta’ is the wording proposed for the back.

The term has become synonymous with this group since Lionel Scaloni succeeded Jorge Sampaoli back in 2018. 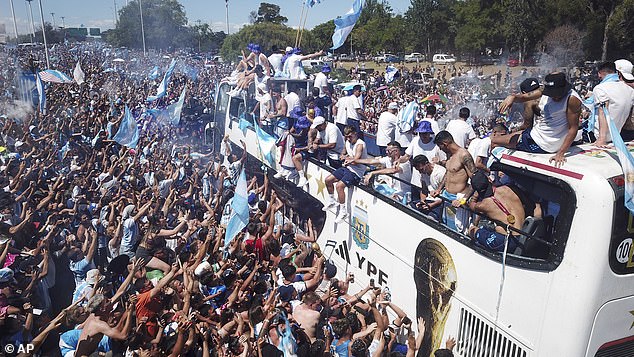 Under Scaloni’s reign Argentina have gone on to win the 2021 Copa America, the first ever Finalissima at Wembley Stadium and the 2022 FIFA World Cup.

If officials at the bank press on with their plan to release the note – which they believe would become highly collectible for Argentinian civilians – it would not be their first venture of crossing currency with the national team.

They previously issued commemorative coins when Argentina won its first World Cup back in 1978.

Commemorative coins were also produced on the 50th anniversary of the death of Eva Perón, the former First Lady of Argentina. 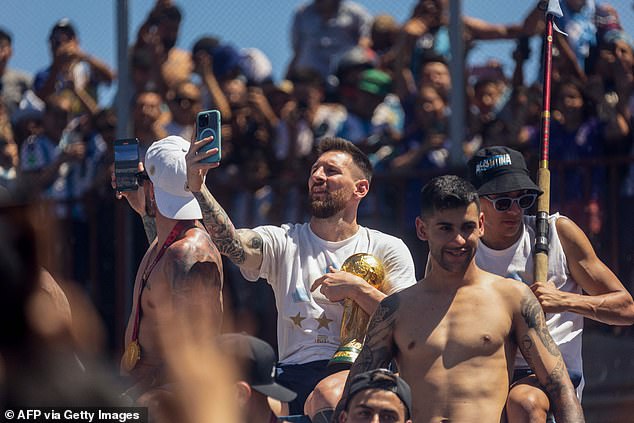 Bank officials are said to favour the 1,000 peso bill as it starts with Messi’s ’10’ shirt number

Messi is currently enjoying some down time back in his home in Rosario, where he was mobbed by hundreds of excited fans on his return on Tuesday.

Messi scored twice in Sunday’s final, which saw Argentina first surrender a 2-0 lead, before later surrendering a 3-2 lead in extra-time. They went on to win 4-2 during the penalty shootout.

He was named Player of the Tournament and he will head back to Paris Saint-Germain in the new year eager to add the Champions League to his incredible 2022-23 season.