NAOMI OSAKA ended her media boycott to say she has no issues talking to TV, radio and newspaper journalists.

And the highest-paid sportswoman in the world revealed she was approached in March about her key role at the Opening Ceremony. 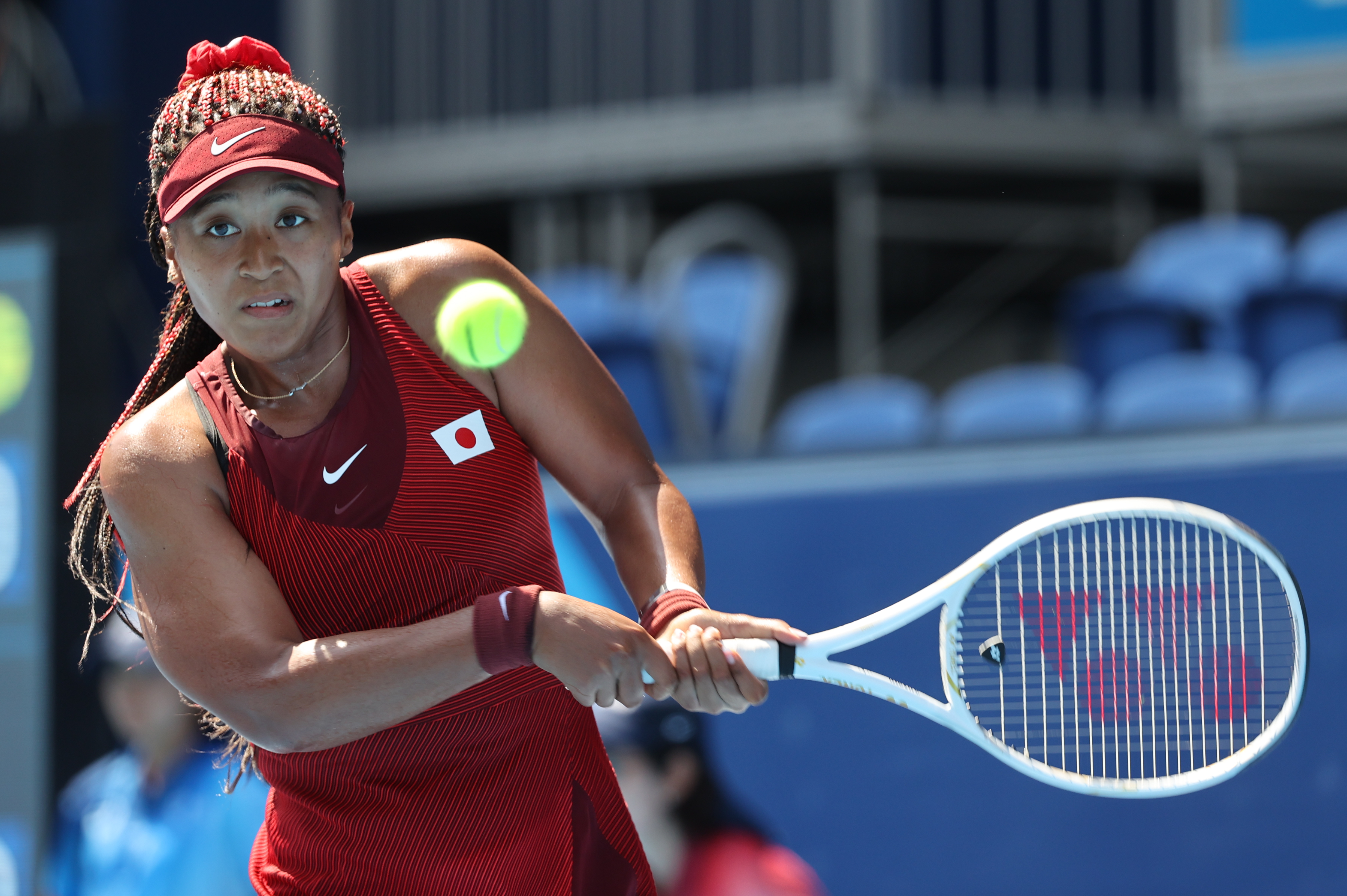 Japan’s biggest sporting star opened her Tokyo Olympics singles campaign with a 6-1 6-4 win over China’s Zheng Saisai in front of empty stands in the capital.

This was her first match since quitting the French Open last month following a refusal to speak in press conferences – for which she received a £10,600 fine from the Grand Slam Board.

Late on Friday night Osaka lit the cauldron in the Tokyo Olympic stadium – the first tennis player to do – in an act that symbolises the opening of the Games.

There was plenty of curiosity after her first-round match about whether she would stop in the mixed zone, which is not part of a normal tennis player’s existence.

She stopped for two TV crews, one international pen, one English written press pen and for the Japanese media, with only 2-3 questions permitted for each section by officials.

Asked about speaking again to a worldwide audience, Osaka said: “Honestly I don’t feel that weird about it.

“It might feel weird to you guys. I’m happy I guess that you guys are asking me questions but more than anything I was just focusing on playing tennis.

“I feel a little bit out of my body right now.”

Asked about the background to her lighting the flame in front of an audience of billions, the 23-year-old replied: “I’m not sure I can say when I found out.

“I can say that? Ok, around March, like Miami. I was definitely very, very happy and honoured.

“Right now, I feel very, very proud. When I lit the flame, I was super honoured.

“You know that is a position you dream about and not everyone can do it. When they asked me if I wanted to, I was very surprised but very honoured and happy to be here and happy to play, especially in Tokyo.”

Osaka will now face Swiss player Viktorija Golubic in the second round and given her exceptional record on hard courts – she has twice won the US Open and Australian Open – she will be favourite for the title on Saturday.

The biggest obstacle in her path to glory was world No.1 Ash Barty but the reigning Wimbledon was unexpectedly beaten 6-4 6-3 by Spaniard Sara Sorribes Tormo.

The stroppy Australian refused to speak to the media and walked through the written press section of the mixed zone without saying a word.

There was better news for the Brits as Stockport’s Liam Broady, the fifth-ranked player in the country, survived a three-hour slugfest in unbearable heat to beat Argentine Francisco Cerundolo 7-5 6-7 6-2.