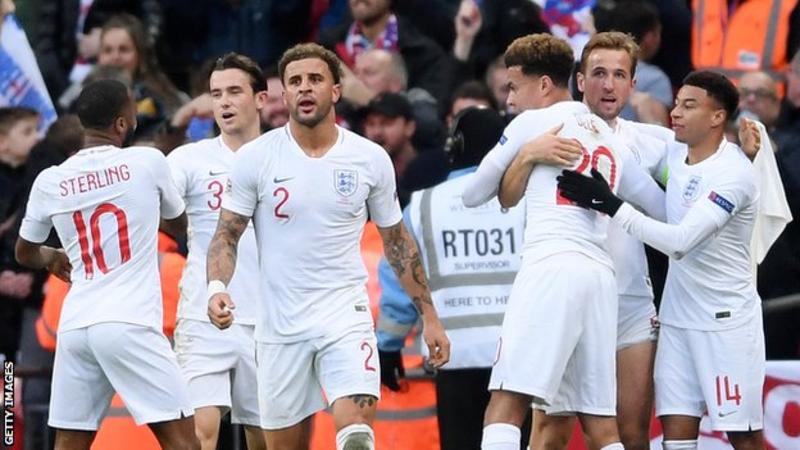 England may not erase 53 years of hurt here in Portugal as they prepare to start their campaign in the inaugural Uefa Nations League finals – but this is the chance for manager Gareth Southgate and his players to make a powerful statement before next summer’s Euro 2020.

It is stretching reality to put this new tournament in the same stratosphere as the true showpieces of the sport such as the World Cup and European Championships.

This is a four-team format in two locations in Porto and Guimaraes, features England, hosts Portugal, the Netherlands and Switzerland and will be done and dusted in only five days. It is still a tournament that matters.

England face the fast-improving Netherlands in Guimaraes on Thursday, victory required to ensure the anti-climax of a play-off before Sunday’s final.

And, while this is a competition in its infancy, it has already proved vital for Southgate and England and will offer even more benefits if they can fly home with the trophy. These can be days of significance and meaning.

So just how important is the Nations League for England as Southgate’s squad bring the curtain down on a thrilling 12 months?

England would love a silver lining

The tournament has had its critics, some regarding it as a needless intrusion at the conclusion of a packed season, with Liverpool manager Jurgen Klopp calling it “the most senseless competition” in world football.

Do not tell that to Southgate or his players, even those from Liverpool and Tottenham who may still be recovering from the physical and mental exertions of Saturday’s Champions League final in Madrid.

This time last year England were making final World Cup preparations before heading to their Russian base at Repino on the Gulf of Finland before a month that brought a surprise run to within 90 minutes of their first final since 1966 as well as a display of spirit and unity that allowed the nation to fall in love with their football team and its manager again.

The Nations League – initially decried by some including this observer – has changed many minds with the introduction of a competitive edge that added weight to England’s 3-2 win in Sevilla in October, their first away win over Spain in 31 years, then the drama of the late win against World Cup conquerors Croatia at Wembley that brought them to Portugal.

It offers the chance of a trophy, and while its status within the world game must be placed in context, England have not been presented with one since that famous July day at Wembley in 1966 so beggars cannot be choosers.

No team or group of players have ever had their confidence damaged by lifting a trophy. It will serve to bolster the growing confidence and stature of Southgate and England.

“We know the batting order is the World Cup then the Euros but now we have a new competition and we want to be in the habit of starting to win things,” said Southgate.

“It is time for us to try and challenge for some trophies and this represents a great chance to show how far we are building as a team. It’s remarkable how far we have come but we still have a long way to go.

“It would be massive for all of us in England to start winning trophies and winning big matches. This is the habit we want and the expectation we want to create.”

And if England return home as Nations League winners, it will be tangible reward for Southgate’s rejuvenation of England, silverware for players who have rebuilt the nation’s footballing reputation and a strong marker of progress ahead of Euro 2020.

The Nations League is being staged with all the trimmings and fanfare of a major tournament here in Portugal – and if England are victorious it will cap a superb 12 months for Southgate and his gifted young squad.

It would also complete an English clean sweep of Europe after the Premier League’s dominance in club competition with Liverpool beating Spurs to win the Champions League final and Chelsea overpowering Arsenal in the Europa League final.

Win here and England’s status as one of the favourites for Euro 2020 will be seriously re-inforced. 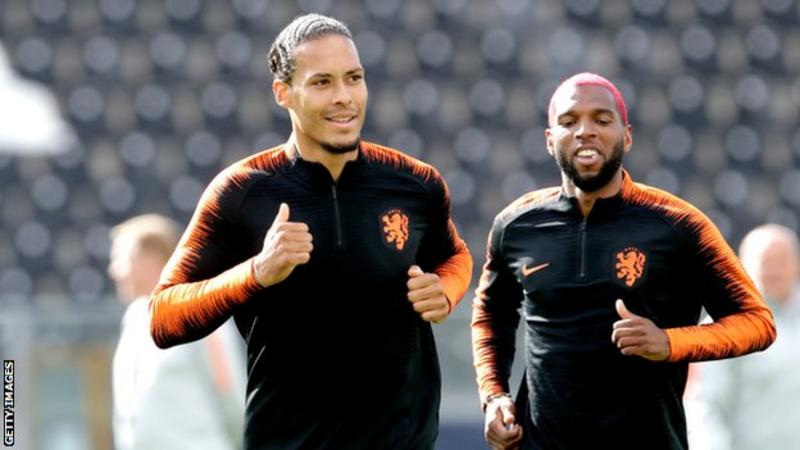 England will be confronted by the new generation of Dutch football on Thursday, with key components of Liverpool’s Champions League-winning side adding to the serious quality elsewhere.

Virgil van Dijk, who was asked “are you now sober?” at his pre-match briefing, and Gini Wijnaldum were given a heroes’ welcome by their Dutch colleagues when they arrived in the training camp and they will want to finish the season with an added flourish.

And in Ronald Koeman, they have a manager who is a perfect fit for the role, presiding over a gifted Dutch side who have flourished since England inflicted defeat in his first game in Amsterdam in March 2018.

The Netherlands failed to qualify for the 2018 World Cup or Euro 2016 but the country that delivered “Total Football” to the world is on the way back.

Koeman’s team will be heavily influenced by the thrilling young Ajax side who were within seconds of knocking Spurs out in the Champions League semi-final.

Matthijs de Ligt, the 19-year-old Ajax captain who is this summer’s transfer hot property, forms a formidable defensive partnership with Van Dijk, with former Southampton and Everton manager Koeman saying: “We have the best central defenders in Europe and that is great because you always build the house from downstairs. You don’t start with the roof.”

The Netherlands have come a long way since England prevailed in Amsterdam. If Southgate’s side come out on top this time will be a victory to be reckoned with.