GARY NEVILLE and Jamie Carragher have clashed over who should start for England in their Euros opener against Croatia.

And the two players most debated about were Trent Alexander-Arnold and Jack Grealish. 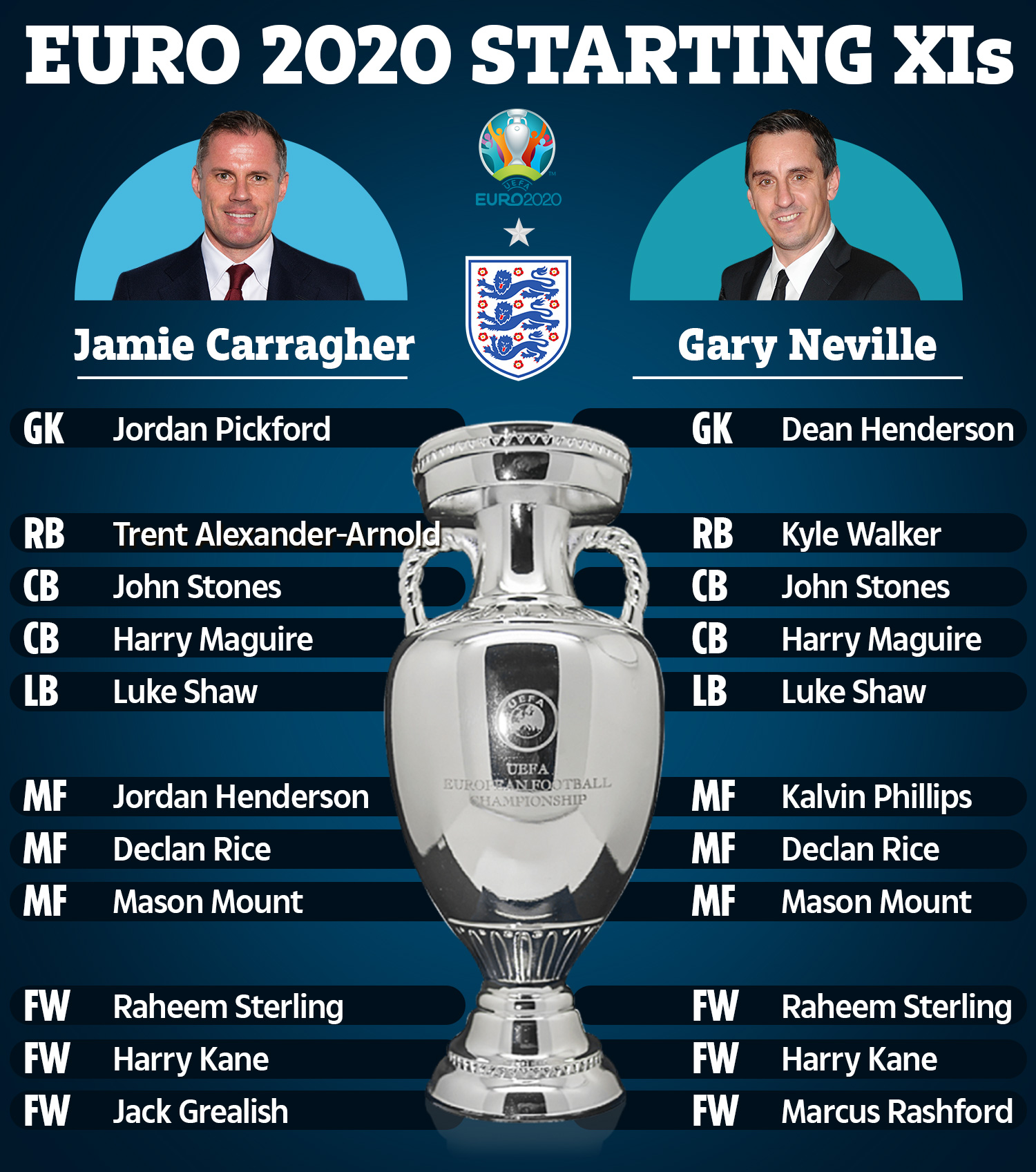 Alexander-Arnold didn't even make Gareth Southgate's squad for the recent World Cup qualifiers, but Carragher would START him against Croatia, as well as Grealish.

But Neville didn't have either player in his starting XI.

But both Sky Sports pundits had the pair in their 23-man squad for the tournament – with Liverpool legend Carragher making the strongest case for Alexander-Arnold's inclusion.

Speaking on Monday Night Football, the 43-year-old said: "I want Trent in that position where I think only Kevin De Bruyne is better in world football than him.

"Whether that's at wing back, right back, right of midfield three. Get him in that role on the ball.

"You [Neville] talk about players who would like to go against Trent like [Ivan] Perisic, [Eden] Hazard or [Kylian] Mbappe. But ask Harry Kane who he'd want on the ball in that area of the field putting crosses in. He'd want Trent there before any other England player.

"You're [Neville] talking about him maybe struggling in one-off games, this is a player who has got to two Champions League finals.

"This is a player that's played against every top player and won the Champions League. This idea he couldn't play in one-off games is nonsense." 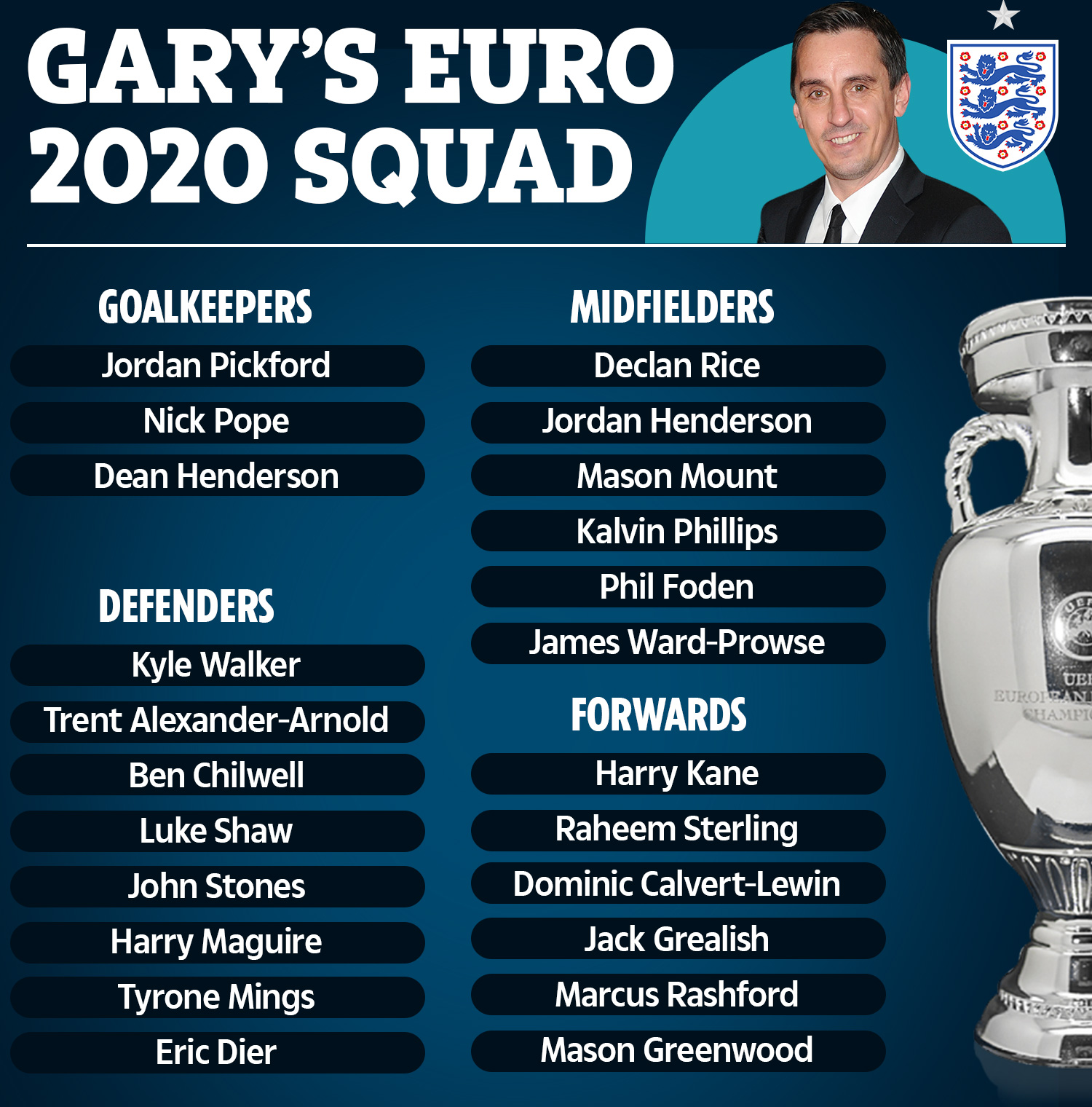 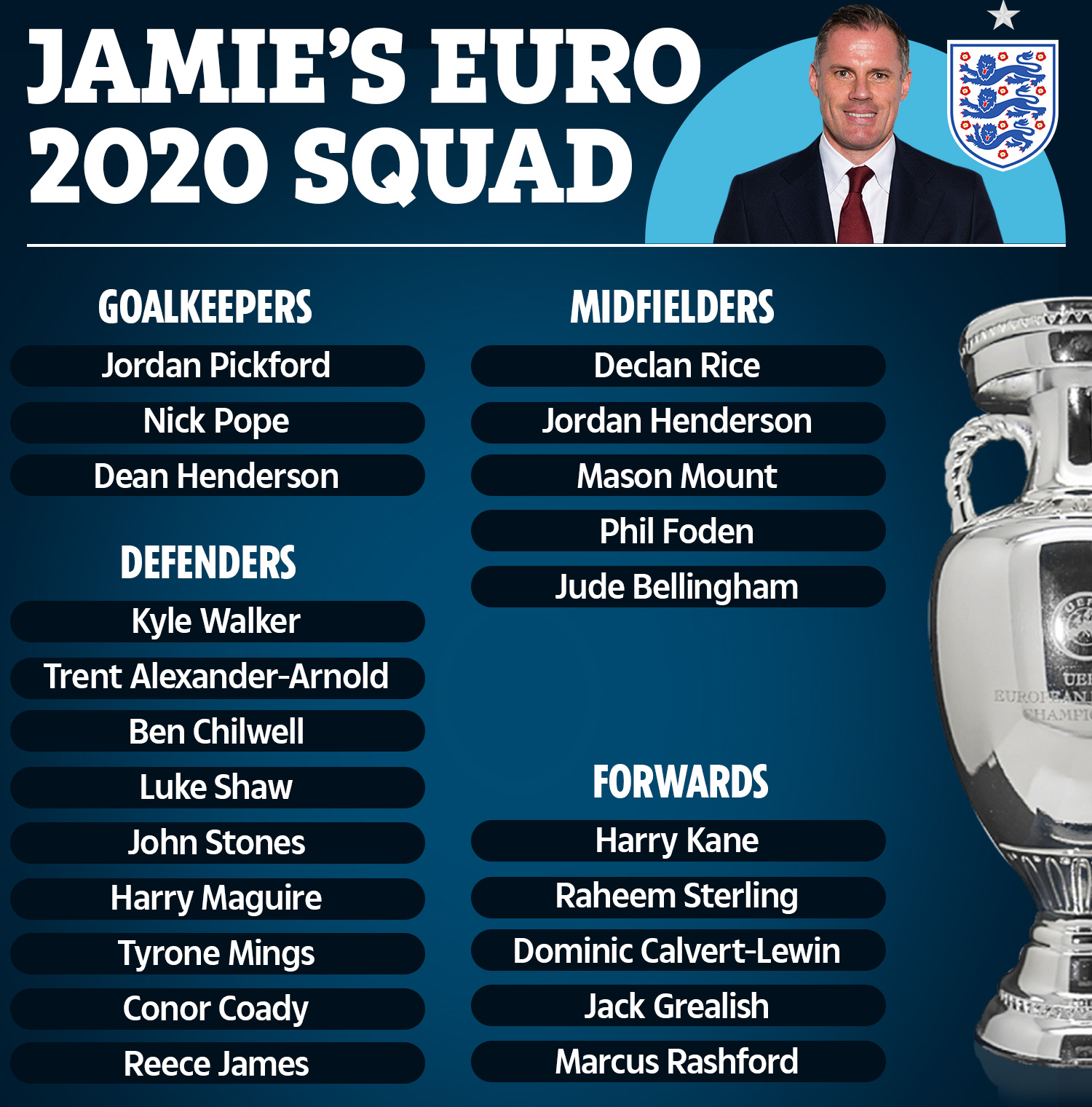 Neville has predicted that the Liverpool's wing-back will be one big omission from Southgate's squad this summer, echoed by former Aston Villa and England man Gabby Agbonlahor in an interview on talkSPORT.

But Neville thinks this would be a mistake.

The ex-Manchester United full back added: "I don't think he [Southgate] will include Arnold. I think leaving him out of the March games are a precursor for leaving him out in the summer.

"He's getting everyone used to the fact that this incredible talent is not going to the tournament unless someone gets injured." 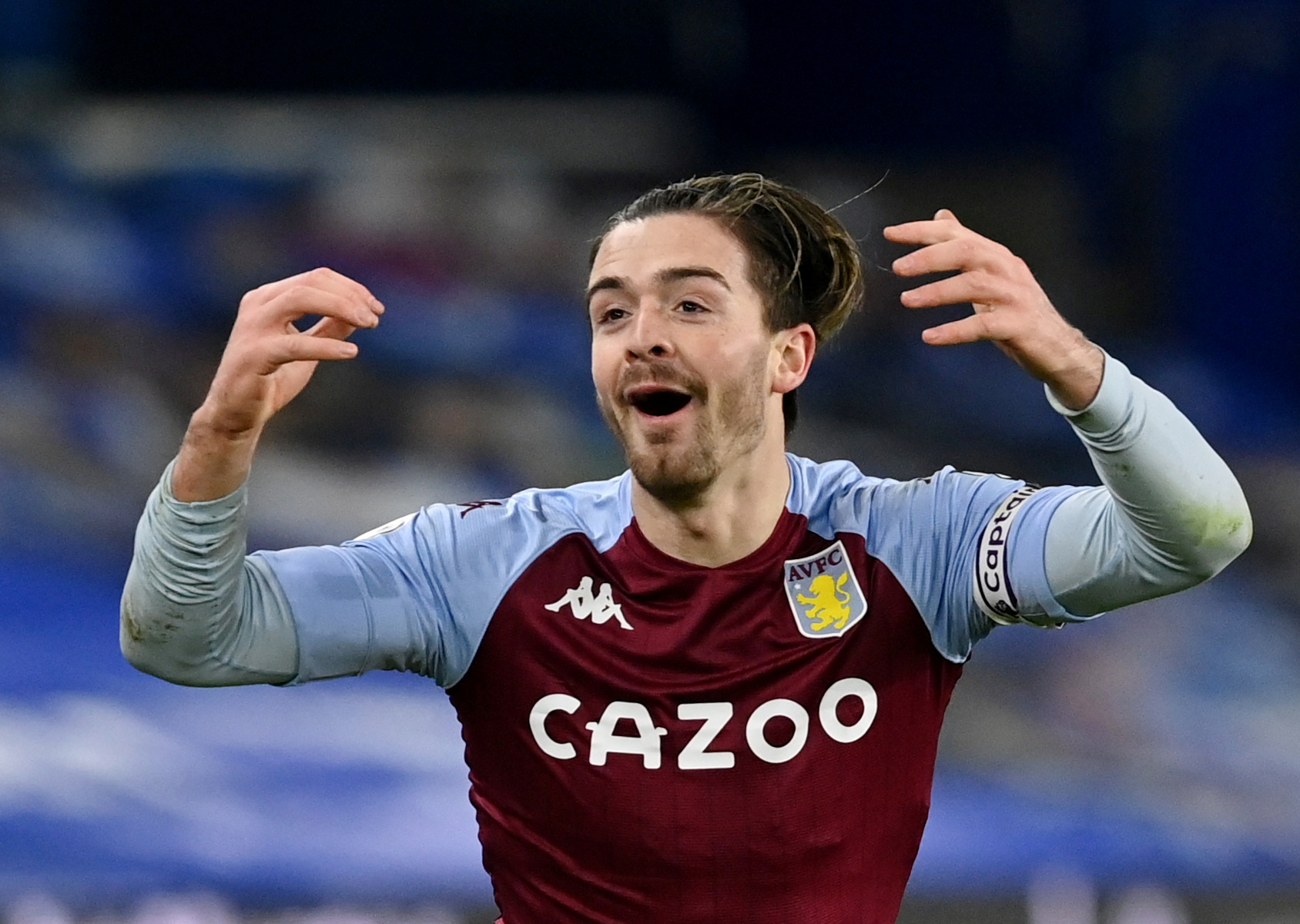 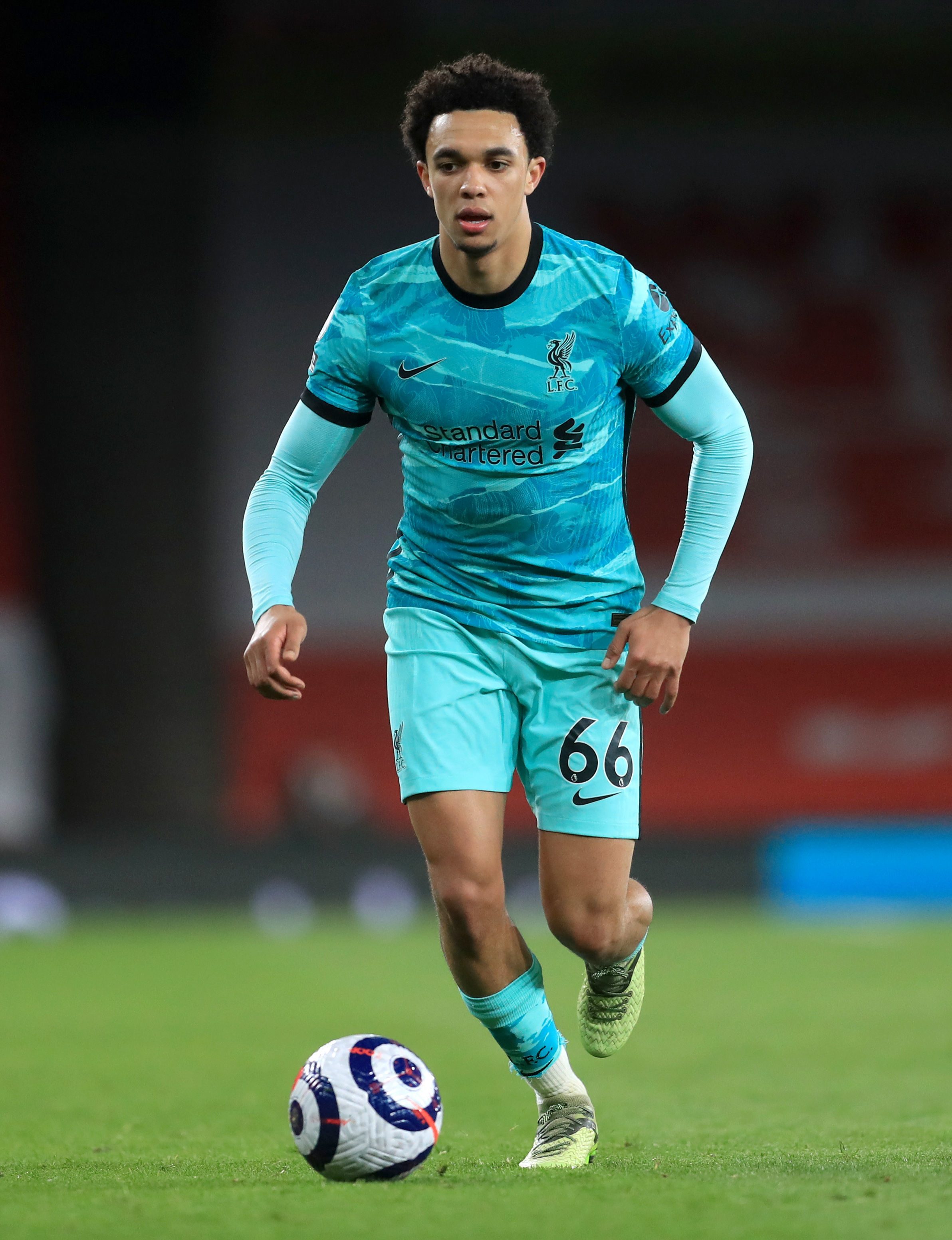 Grealish has not featured for Villa for the last SEVEN Premier League gamesbecause of a shin injury.

But Neville and Carragher are in agreement that he should make the final 23-man cut – with the latter having the Villa captain in the starting XI against Croatia.

Carragher said: "Grealish is going he has to go I think. What he did playing games before Christmas, against Belgium he was a standout player. He's a special talent and he's got to go.

Neville added: "If Kane was to get injured you're playing with different team you need fluidity with likes of Foden and Grealish.

"The idea of having Grealish in there he's a match winner, he impressed before Christmas. I'd definitely taken him." 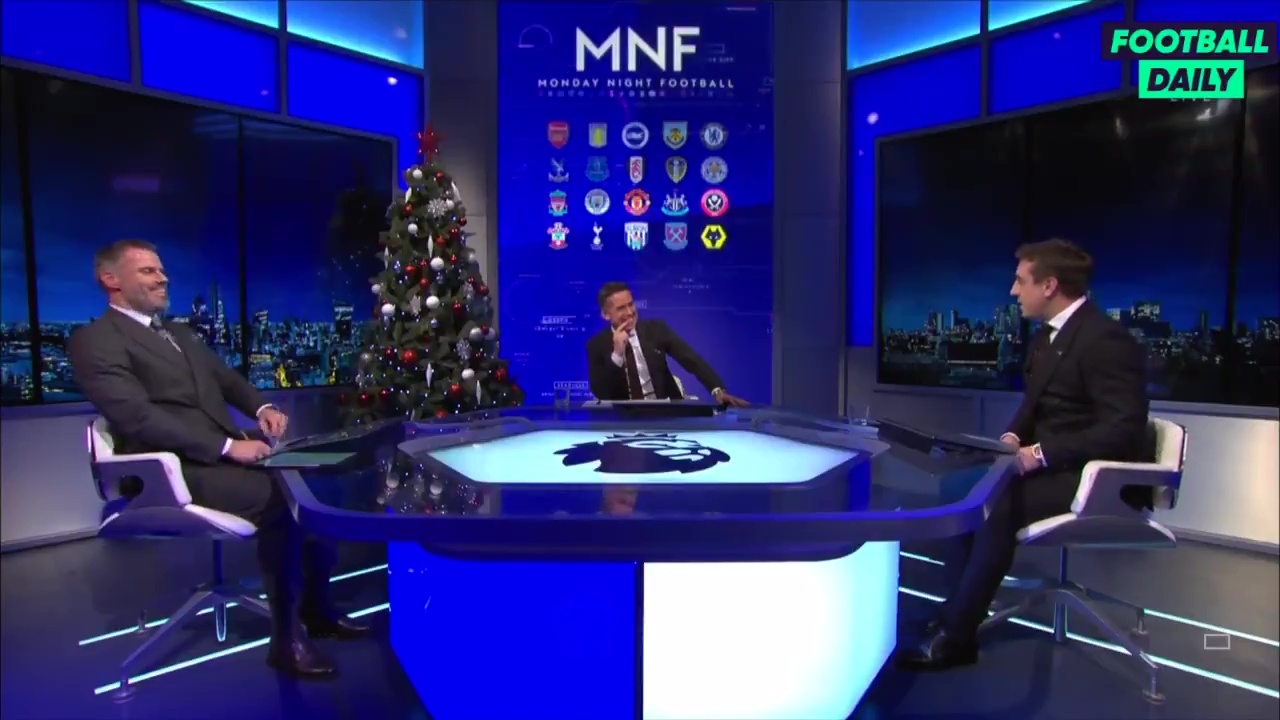 The two ex-pros then discussed two absolute certainties to start for the Three Lions – the two Harrys, Maguire and Kane.

Neville and Carragher both agreed that they were the two most important players for Southgate – but Neville went so far as to claim Maguire not playing would be a BIGGER loss.

He said: "If you lose Harry Maguire that's a big problem for Gareth Southgate. I think it's his biggest problem.

"If you're then left with John Stones as your other centre-back and you think you've got Stones and (Tyrone) Mings, Stones and (Conor) Coady, Stones and (Eric) Dier – I'm not having it."

Maguire, 28, has been virtually an ever-present player in the Manchester United defence since his 2019 transfer from Leicester.

He has featured for 90 minutes in all 68 Premier League matches and missed just nine out of 109 games in all competitions.