Two-time champion Caitlin Bassett will lead a new-look squad to the netball World Cup in England in July. 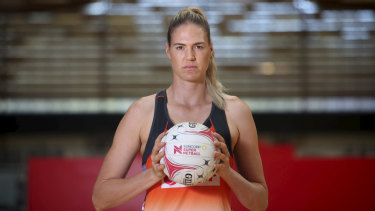 ‘‘However, it’s our job to select the team that will successfully compete on the international stage, with consideration for the back-to-back nature and varying games styles within a tournament.

‘‘Some athletes are very unfortunate to miss out on being selected – they’ve done all the right things and we have had some very tough decisions to make – we really feel for those athletes.

‘‘In saying this, we’re delighted for the athletes who have been selected.’’

While veteran Bassett will lead the team, midcourt ace Liz Watson has been elevated from the team’s leadership group to vice-captain. 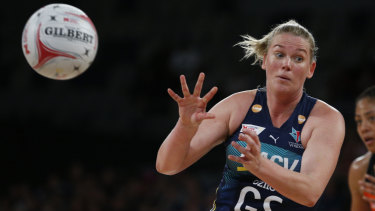 Caitlin Thwaites has been named in the Netball World Cup squad.Credit:AAP

The team will next meet in Sydney on June 24 for a five-day training camp, before departing for England on July 3.